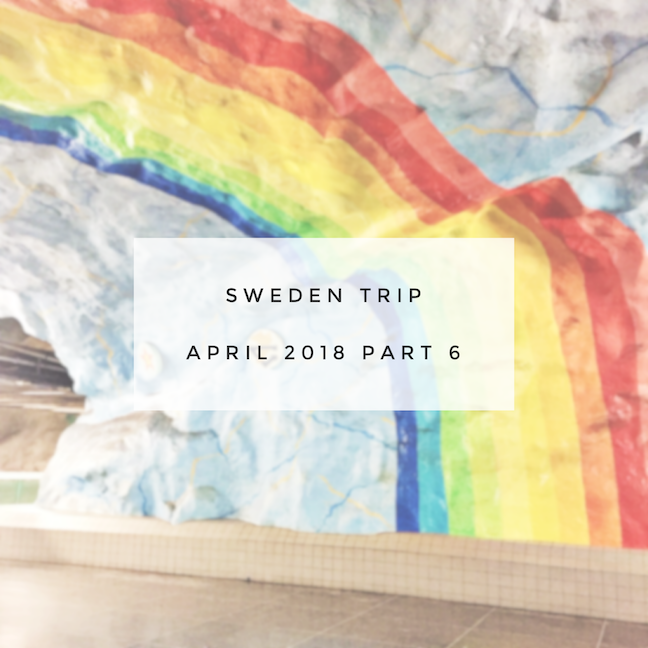 Last two days of our trip! Writing out these memories makes me want to go back so bad! Our last couple of days were filled with walking tours, our last fika hours, really expensive coffee, and another 14 hour plane ride. Our last full day we went on a walking tour of the subway system and visited Södermalm, the "hipster" island of Stockholm.  The art on the walls of the subway system in Stockholm is very iconic. We didn't go around to all the murals underground but we made our way to as many as we could.

We had some time before the walking/riding tour of the subway system began, so we navigated the subway system on our own and rode the subway to Södermalm. Brittney had told us about a few coffee shops we needed to try when we were in Södermalm, so we waited to get our morning coffee from the suggested places. On our way to Södermalm, we got lost. Not really understanding the subway system, we went the opposite way and we just got to see more of the city. We quickly realized our mistake and got on the subway heading to Södermalm. Our first stop in Södermalm was the look-out on top of the Gondolin restaurant. You can see most of the islands and waterways that surround Stockholm. It is a must-see part of Stockholm and you get great pictures! 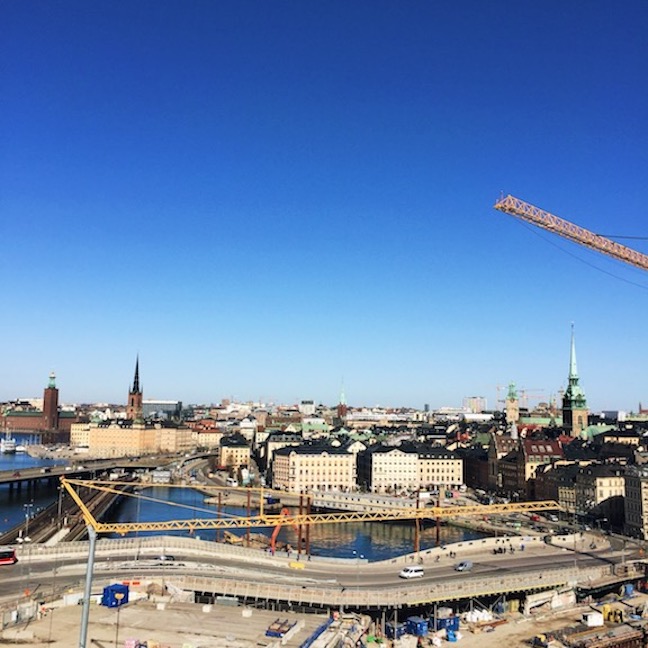 We found one of the coffee shops that Brittney suggested to us, Drop Coffee. I knew we were going to be grabbing coffee from multiple places, so I got a small white chocolate mocha and then a chokladbollar. The coffee itself wasn't crazy expensive but since we wanted the barista to put them in a take-a-way cup, that is what was expensive! I get that it is a no-waste initiative but it was quite the surprise. 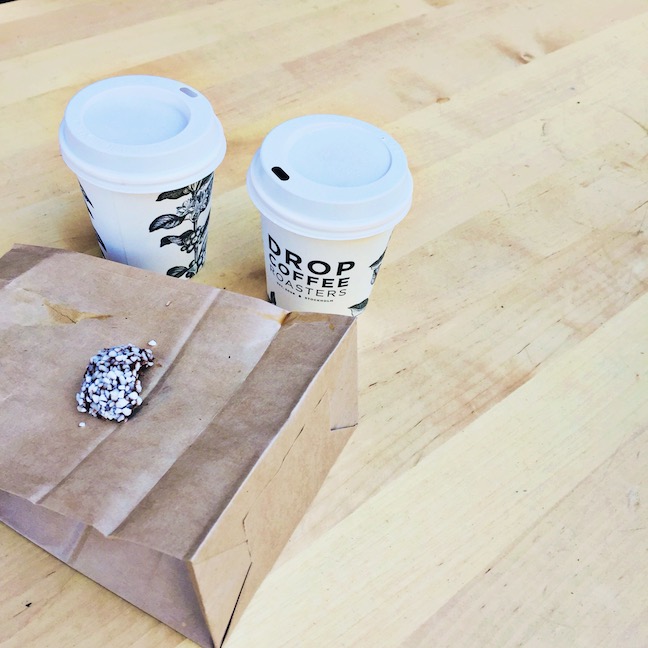 We walked around the island, popping in and out of little shops we saw. My mom was trying to find gifts for my little cousins from our trip and we popped into a little bookstore. I looked around a bit with my mom and I noticed that my dad wasn't in the store with us. I went to the front of the store to see if he was there and I noticed he was sitting on a bench outside of the store. He was sitting next to someone and he had his arm around that person... I looked a little closer and I realized he was sitting next to a giant stuffed gorilla. I started laughing so hard. 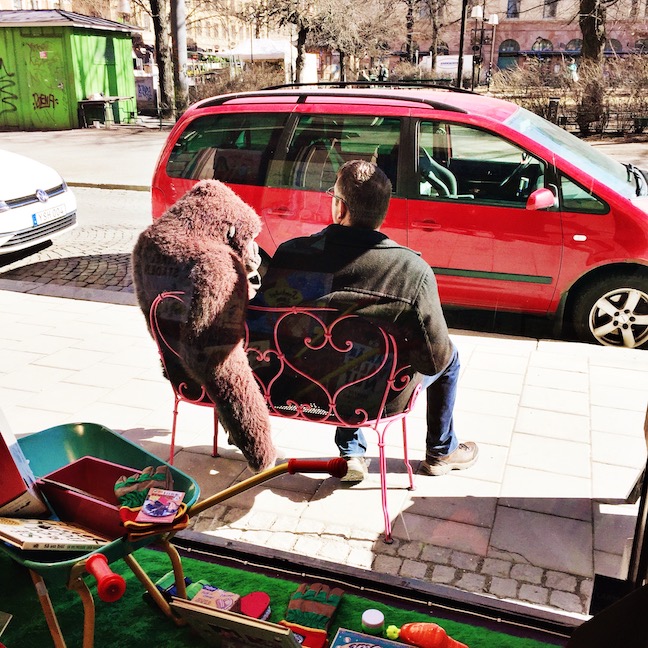 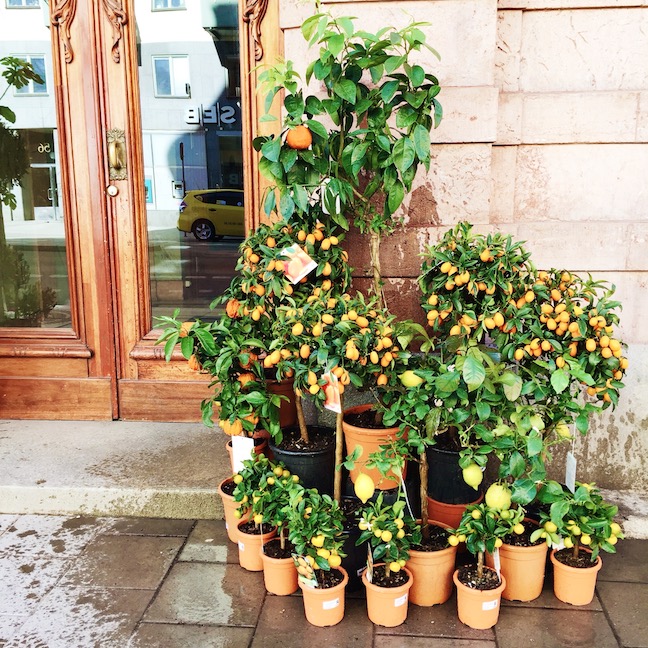 We walked by a shop window that had a variety of chocolates and being big fans of chocolate, my mom and I stopped inside. The shop owner was very knowledgable about the sources of the chocolate in his shop. It was all ethically sourced and from several different countries. We were so intrigued and we enjoyed being educated on the chocolates from different regions and different countries. I saw that he also sold coffee, so of course I bought some.

I bought an Americano and he only had one size, which was probably equivalent to a medium. It was only $3 USD, which I was fine with! He handed me the cup and we left. A few steps out of the shop, I felt the cup was lighter than it was expected to feel. I opened the lid and it was only 1/4 full of coffee.  No. I was not going to stand for it. I walked back into the shop and I told him I wasn't too pleased with the single shot of espresso and no water added to it. He claimed that is how the Swedes make their Americanos. I told him that I would absolutely appreciate it if he made it the "American" way and he said that I had great initiative, filled the coffee cup with an extra shot of espresso and water; he also told me to choose a chocolate for my trouble. I felt empowered standing up for myself... even if it was over getting all the coffee that I paid for. 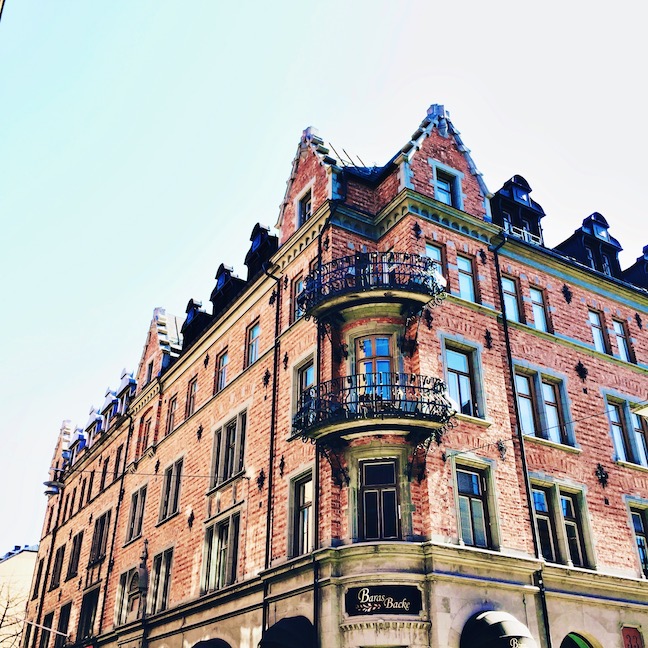 Södermalm was interesting but it was so good to get back to Normalm (no pun intended). We walked back to Centralstation in Gamla Stan where we were meeting for the walking and subway tour of the artwork underground. Since we had navigated the subway system earlier that day, we already had our tickets, so we waited for everybody else to purchase their tickets. We rode the subway to several different stations to see the various and famous artwork painted on the walls of the subway system. The tour guide only took us to a few stations and then she handed out a map to each of us so we could continue the tour on our own if we wanted. We stopped at a few more stations to see some additional murals. 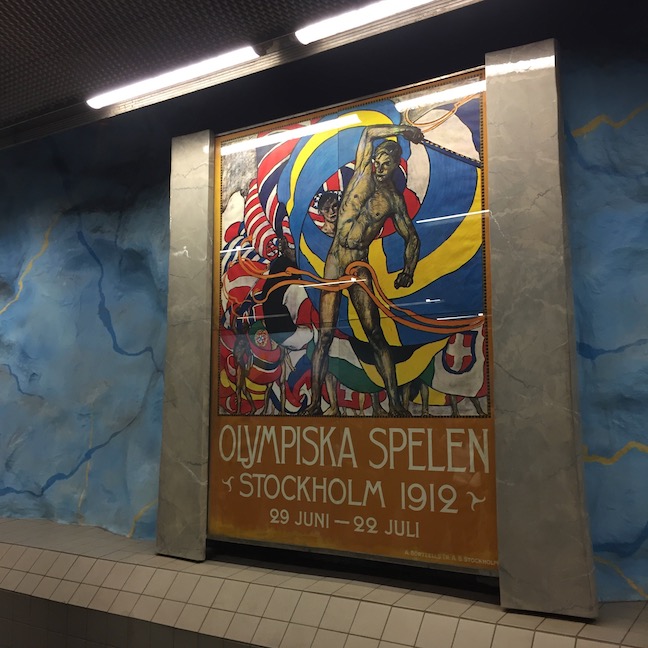 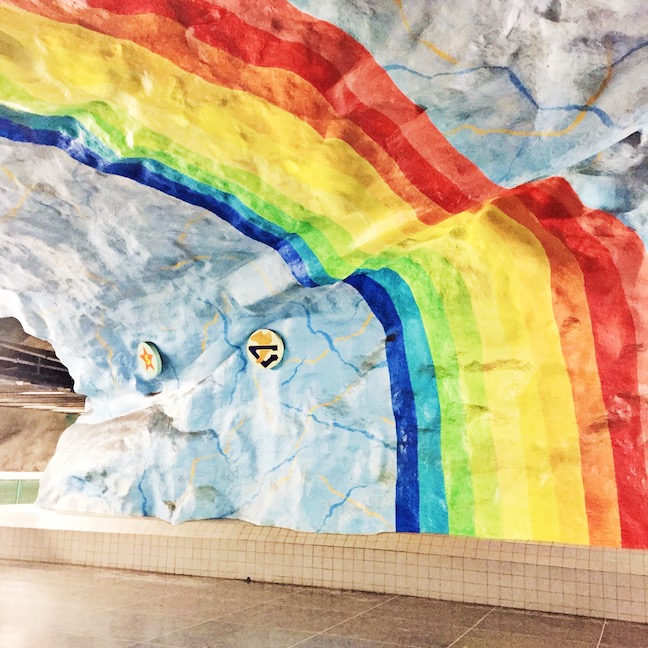 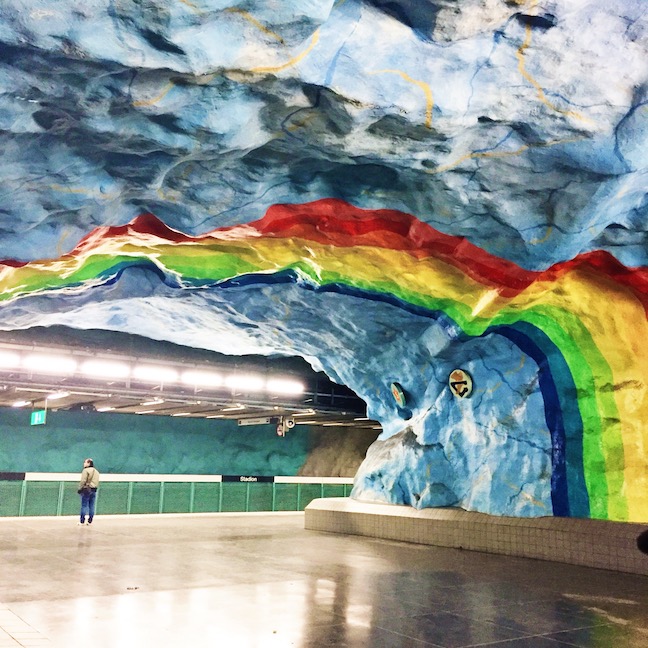 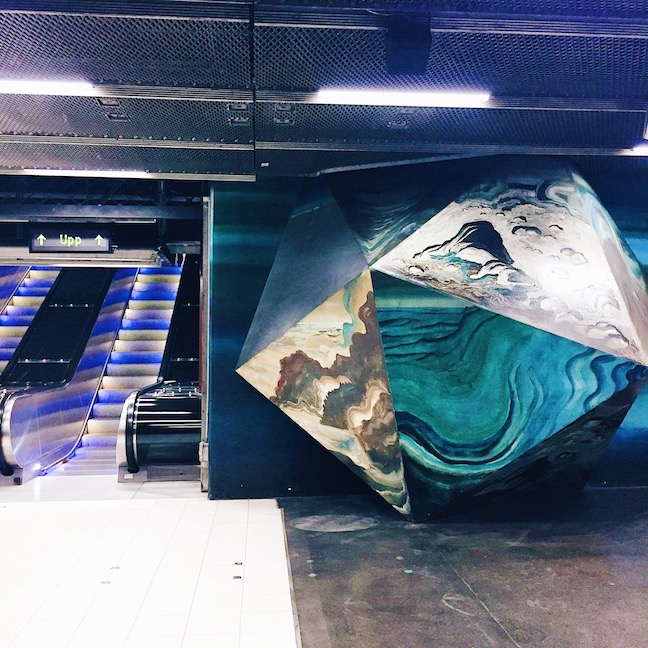 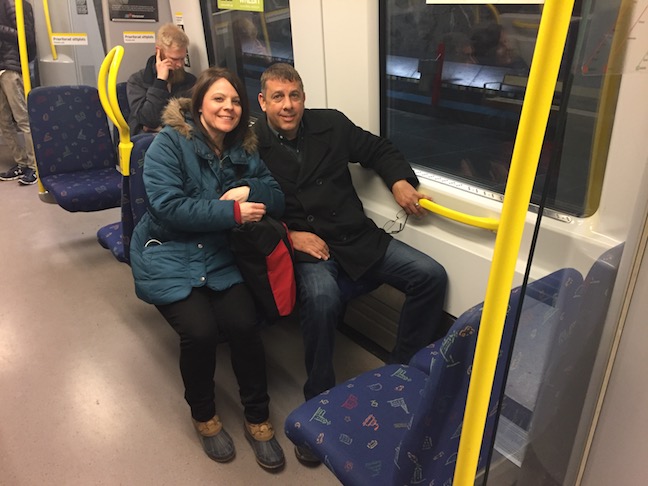 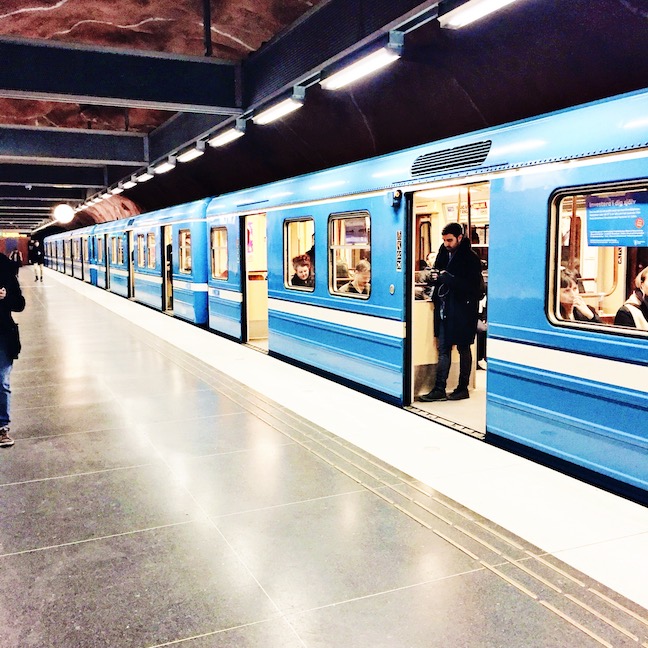 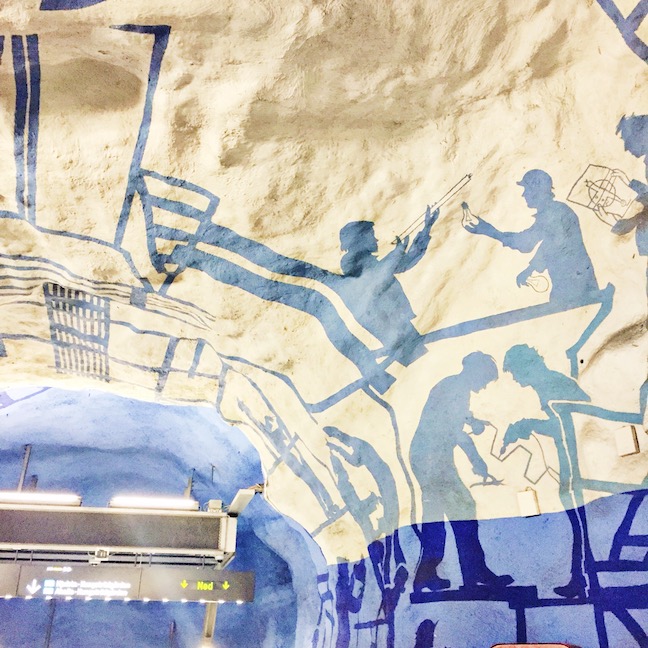 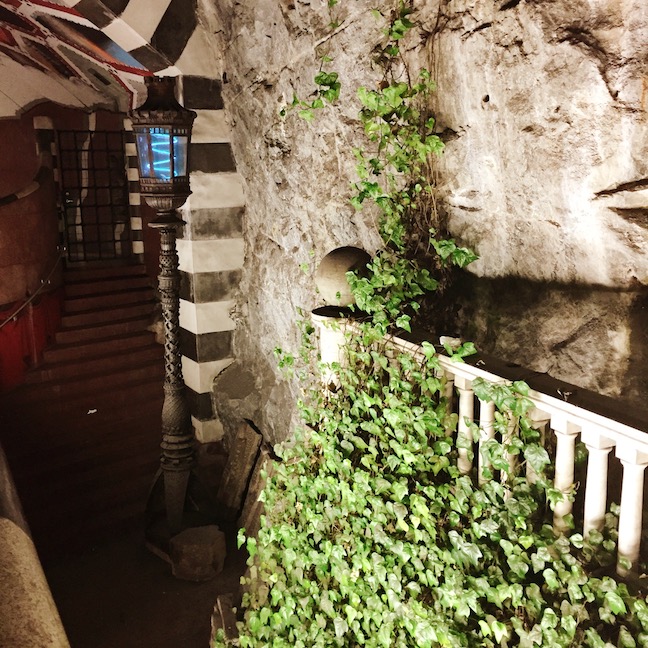 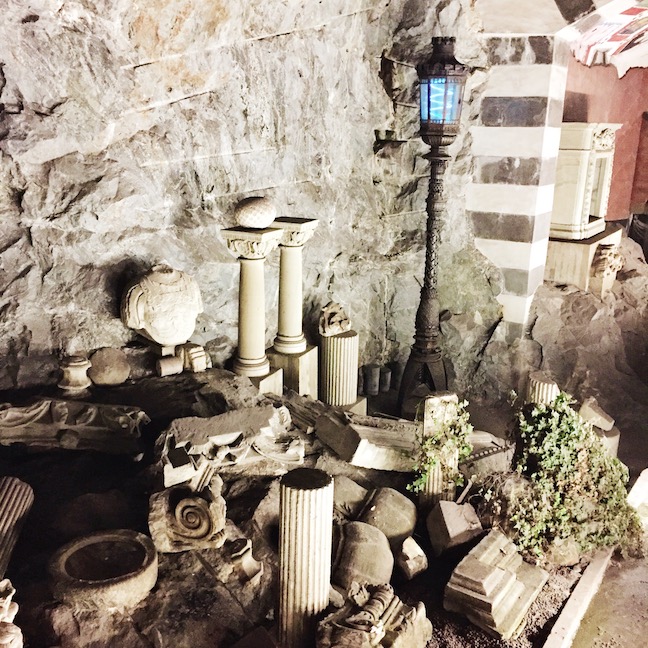 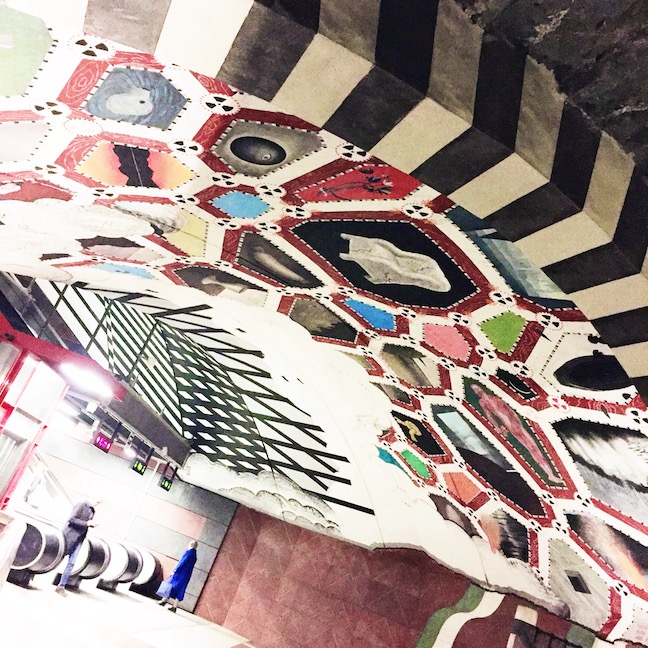 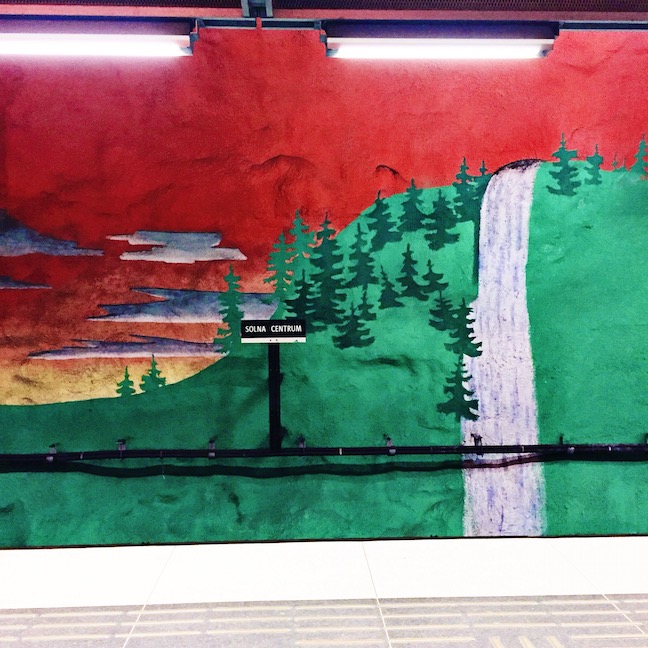 After the walking tour, we rode the subway back to Normalm and walked around. We had missed the last bus to the IKEA of Stockholm, so we decided to walk around parts of Normalm that we had not yet seen. During our walk, we came across this restaurant that was comparable to Chipotle called Serrano FreshMex. It was so delicious and much needed after a long day. On our way home, we stopped by Hemköp one last time for plane snacks, and ended our last evening in Stockholm until our next trip. 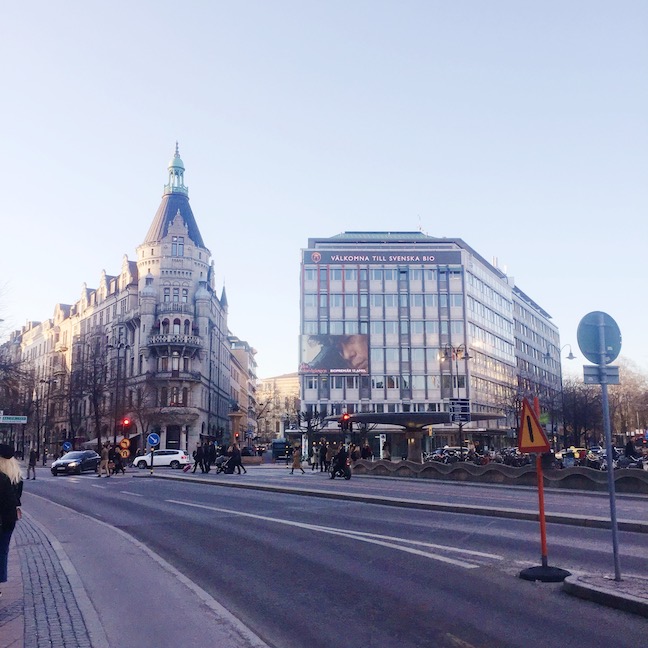 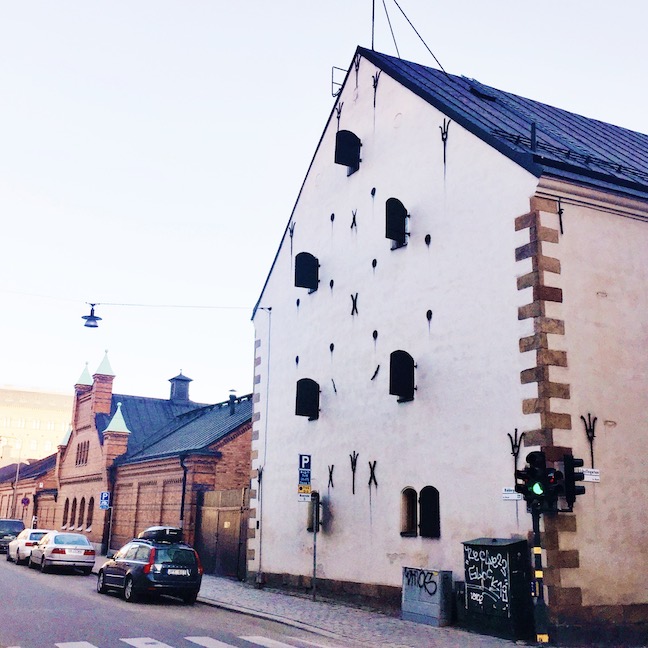 The next morning, we checked out of our hotel and we went to the airport to check into our flight. Before we left Holsbybrunn, my sister asked us to take one of her suitcases home with us because she didn't need whatever was in the suitcase for the remainder of the trip. We never opened it or looked through it, so when it was my dad's turn to go through the metal detector, he put Britt's suitcase up on the conveyor belt and they pulled him off the side and searched her suitcase. My mom and I were immediately freaked out... we had been watching Border Patrol and saw the crazy things people get pulled off to the side in airports for, and when they asked, "Did you pack this suitcase?" we honestly could say, "No, we did not." Lesson learned, look through a suitcase before you bring it back with you on an international flight, even if it is packed by somebody you absolutely trust. They only found some German and Swedish chocolate that caught their eye on the screen and we were good to go, along with the chocolate.

While waiting for the flight to board, I ordered a sandwich and smoothie from Joe & the Juice. It was delicious! I wish that there was a Joe & the Juice in the States. During the first plane ride from Stockholm to Reykjavik, I broke out some of those plane snacks and had fika up in the sky with my parents, after all, you can't fika by yourself. Whatever coffee that Iceland Air uses is delicious. I need to find out what coffee they serve. 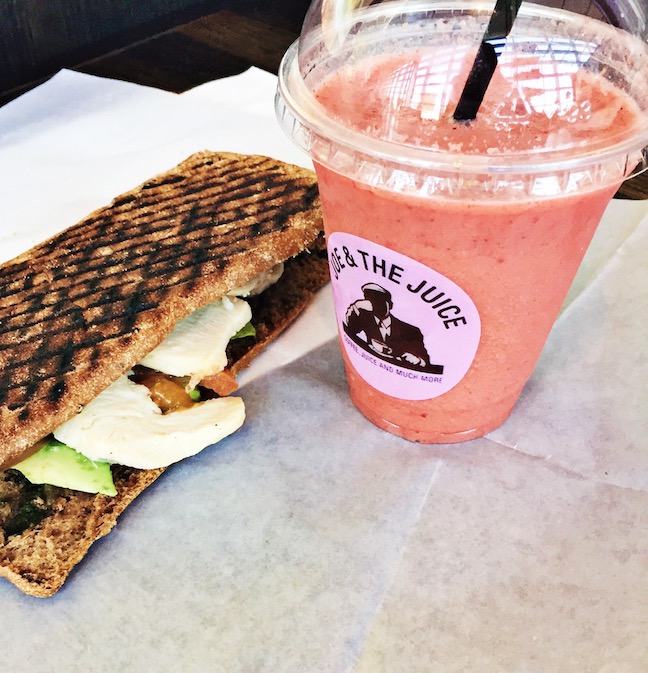 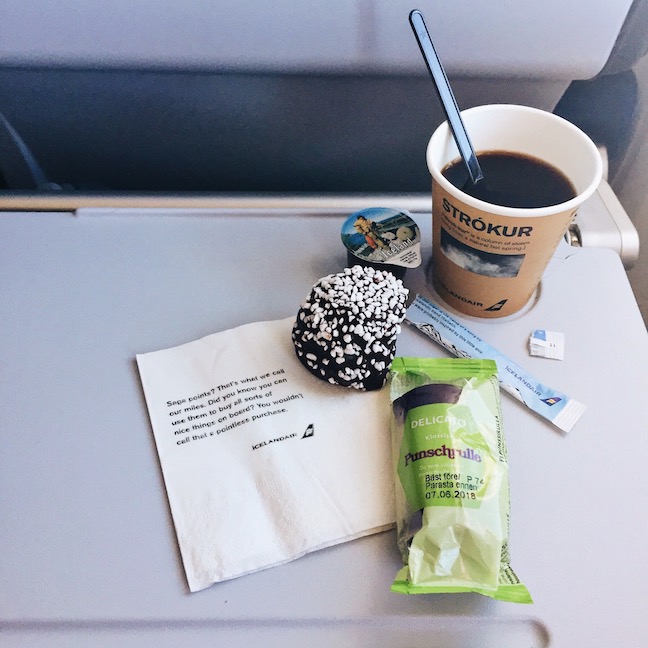 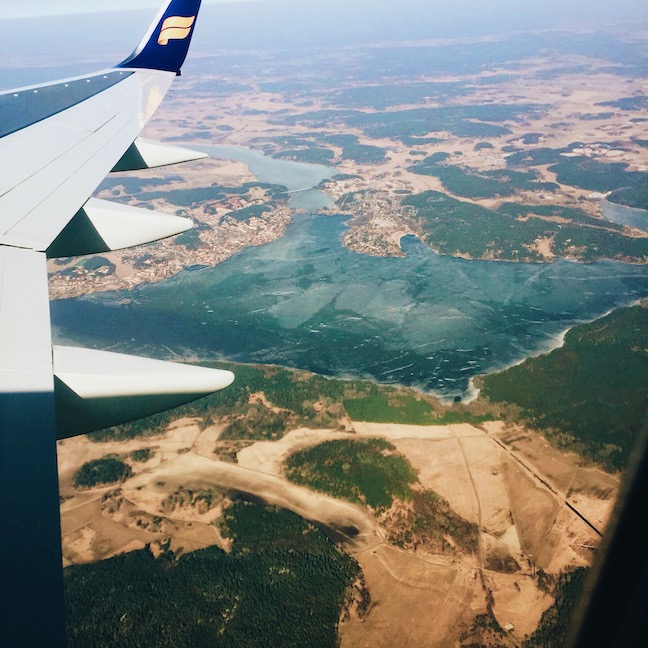 When we landed at the Keflavik airport in Reykjavik, we went through customs and this time my mom was pulled aside for a "random" search. The crazy stories that we had seen on Border Patrol were happening to us! After about 20 minutes, my mom came out of the little room and we all went to find the gate for our flight home. On the second flight from Reykjavik to Portland, the flight attendants were so so nice. There were some children sitting in the "emergency exit" row, so the flight attendants asked us if we would be willing to switch rows with the children and their parent. Of course we agreed to switch and later on the flight, the flight attendants brought us free Icelandic candy bars as a "thank you" for switching seats. 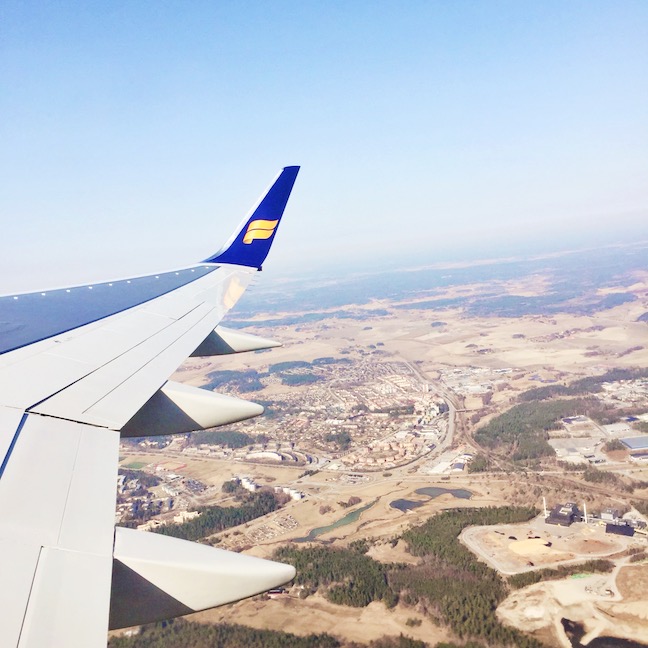 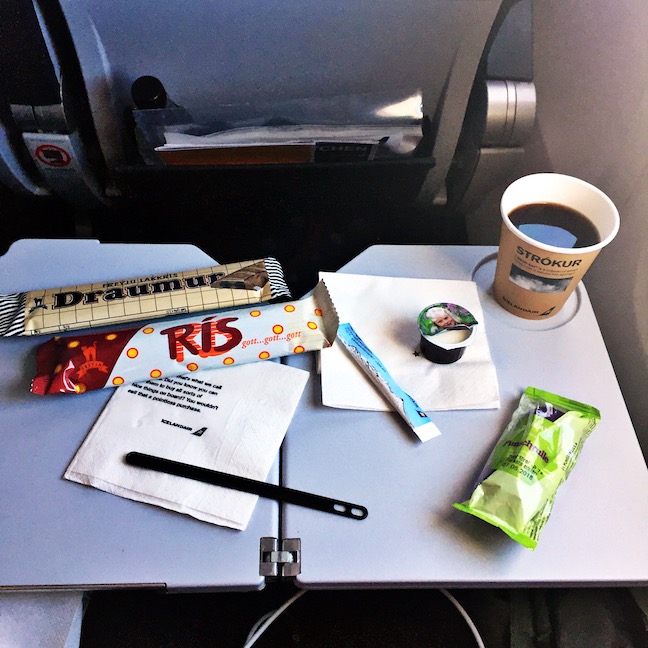 It was a trip that I will never forget and I am so excited for the next time we visit Stockholm. We are planning our next trip and we are thinking of including a couple more countries on that trip. I am so thankful that Brittney decided to go to school in Sweden because it gave us an excuse to go visit her and create an unforgettable trip out of that visit.