While I Have Been Away... 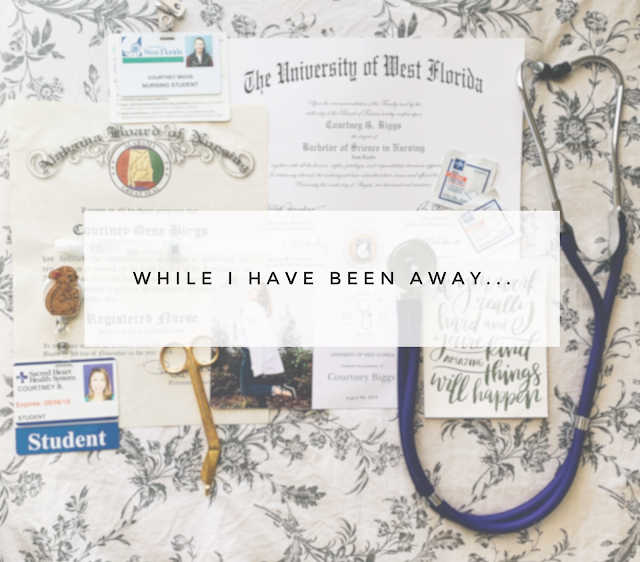 I haven't written a new post since August of 2018. I used to blog almost everyday and then it went to not blogging at all. I have a good excuse for my pause on creating content. I took a break due to being in nursing school, then graduating nursing school, passing the NCLEX and becoming a registered nurse then finding a nursing job. I was actually debating on whether or not I wanted to continue blogging but a few nights ago, I was scrolling through my blog board on Pinterest and I saw my old posts. It brought back fun memories of styling the photos, editing, and then writing the posts. I had a lot of fun with it and it truly was a creative outlet. I am happy to say that I will be back to blogging on a regular basis, or as often as I can.

I wanted to catch up on content that I have piled up from over a year ago! There have been a lot of exciting adventures in my life that I would like to write about and share, such as the trip my family and I took to Sweden back in April of 2018. I took so many pictures in Sweden, then became obsessed with everything Swedish. 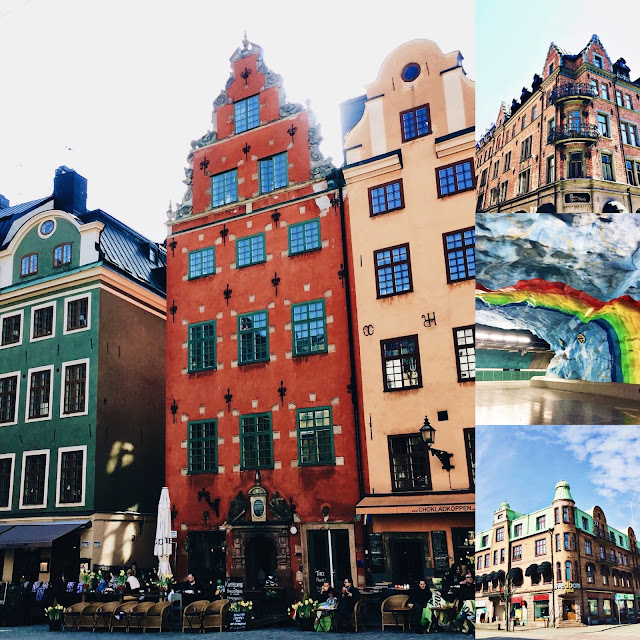 I want to bring my blog up to speed with my life, so I will begin from when I ended with my last post. I had just finished up my first semester of nursing school when I wrote that post. It was something that I had committed to before I had even started nursing school and when I received the product and began classes, blogging had no place in that mess of studying and clinicals, so I had to put off writing the post until the break between first and second semester. 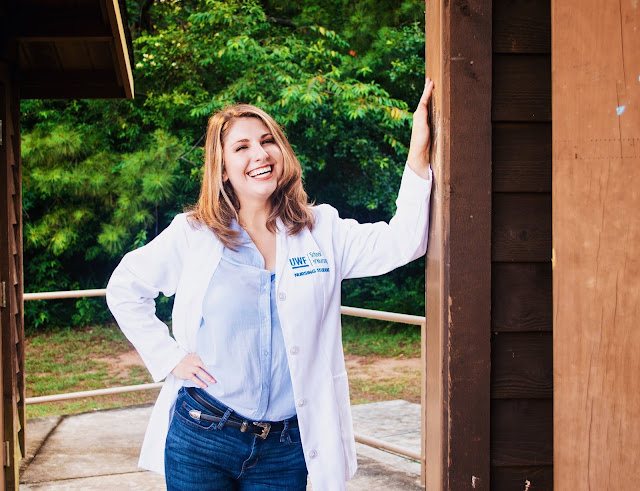 The first semester of nursing school was an eye-opener. I have never studied so hard than when I was in nursing school, and when I thought the studying was intense in first semester, I was really hit the following semesters because the studying was way more intense than I could have ever imagined. Every nursing student says that nursing school was probably one of the hardest or the hardest thing they have ever done and I completely agree. But, you get through it and you survive. 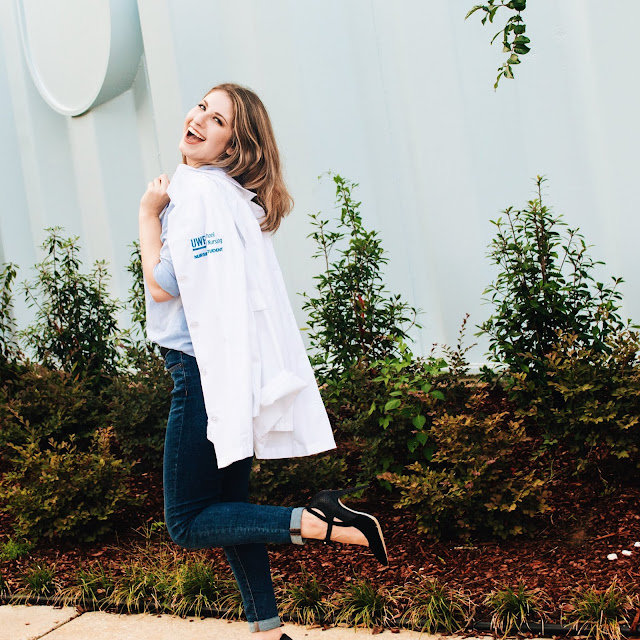 I have never had panic attacks before nursing school and they are truly scary when they are happening to you. My very first panic attack was right before a check-off and I remember that I was about to leave the apartment with my roommates (who were also nursing students in my cohort. It's funny how things work out like that!) to go and perform the check-off and I had been feeling nervous all day but knowing I was about to walk into the unknown of, "Am I going to fail this check-off?", "How badly am I going to mess this up?", "Did I study enough?", "My whole nursing school career rides on this check-off." that is what triggered the attack. I sat down on the couch and was shaking. I couldn't get a grip and I felt as if the apartment was caving in on me. My mouth went dry and my throat closed up. It was definitely the worst panic attack I had in nursing school. I ended up spending a ridiculous amount of energy on that panic attack because I passed and I didn't have to redo the check-off. 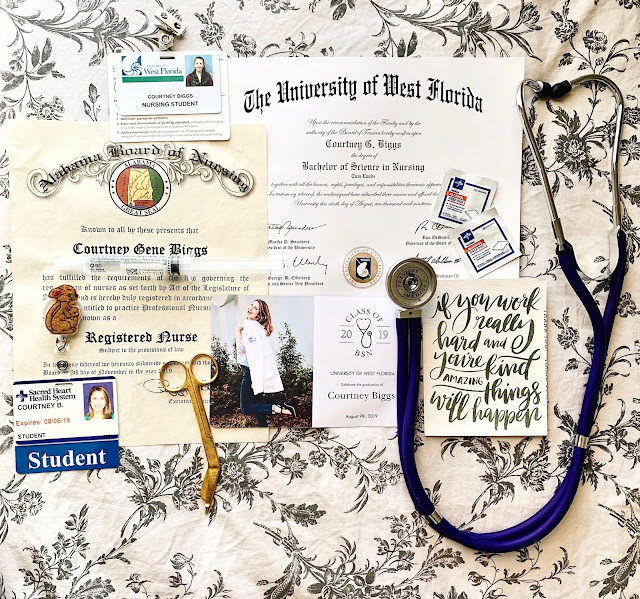 Nursing school wasn't just studying and panic attacks, I actually made some life-long friends within my cohort. There is no bond like the bond of nursing students, I have to tell you that. You are all going through the same thing as everybody else in that class and you are all experiencing the same fright, and you are with those people almost everyday for fifteen months, so a bond grows and they are pretty much your family. Keep those friends and cultivate those relationships you make in nursing school because you are each other's cheerleaders and support system later on when you are real nurses. You need friends like that who understand what you are going through because they are going through the same exact situation or very similar situations. Nurse friends are important.

Throughout the time that I was in nursing school, I worked. I got a job as a receptionist at a salon in Pensacola. I learned a lot about balayage, foiling, color, hair products. I even had a few modeling opportunities through the salon, which was absolutely such a fun experience.

With working at the salon, I became obsessed with the different hair processes and I became Oribe obsessed. As a girl who has always been a product junkie, it really was the perfect set up. I could play with hair products, educate clients about the products and then it was easy access to buy and build my own collection. That job was such a contrast for my being in nursing school because it had absolutely nothing to do with nursing. It was just fun.

It has been a busy break from blogging. I do have to say that I wouldn't have been able to get through this time without my family, my boyfriend, and of course the friends that I made in nursing school. It was an experience that was a part of who I have become and it is such a big part of my life now. It is what allowed me to carry out my dream of becoming a nurse and it gave me friendships that I will have for a lifetime. Currently, I am in the process of accepting my dream nursing job and I am very excited to announce that when it becomes official. I am also excited to be back in the blogging world and to continue doing what I love: creating content. It feels good to be back.