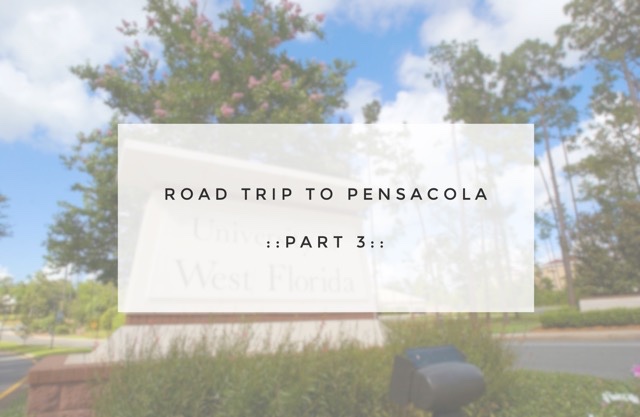 It is so funny how life works out sometimes. For years, I have been dreaming, thinking, and working towards Pensacola, and now that I am finally here, it was all worth it. Every hour I spent working, every hour I spent planning, it was all so worth it. I am so thankful that I kept working toward my goal, and that I have even bigger goals within this already giant goal. This is the last part of the road trip, the part where we drive through the South, and we stop in Pensacola.
There was a lot of driving to this day, but only three hours of driving. I remember being shaky, and nervous because this was the day I would be moving into my dorm. I look around my dorm now and think, "I was scared of this cozy place?" But that is because all of my stuff was packed up, and I felt overwhelmed, and disorganized.

Backing up a little bit...
We woke up in Fort Stockton, Texas, and had a very full day of driving. We stopped in San Antonio for lunch, and we ate at Cheddar's Scratch Kitchen. We fell in love with it, and I am glad to know there is a location only 13 minutes away from my school. Cheddar's Scratch Kitchen is delicious, cheap, and their menu is super easy to follow. It was pretty swanky, and we loved it.
We continued driving after our stop, and Texas is HUGE. I could not get over how massive just Houston was! 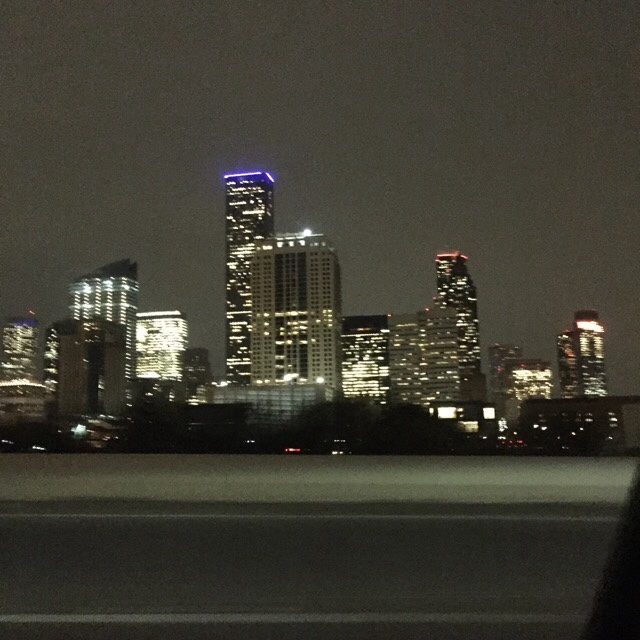 We drove an entire day in Texas, that is until we finally reached the Louisiana border. I don't know why, but the second we drove into Louisiana, I felt so Southern. It was like a wave. Isn't that silly? I guess it isn't that silly, because it is the South. It was just a different vibe from the other states we drove through, and including Oregon.

We stopped in Lafayette for the night, and the hotel was lovely! When we checked in, they gave us warmed chocolate chip cookies. I was so hungry, so I ate mine pretty fast. I guess my underlying stress was speeding up my metabolism. I was stressed and nervous because I knew in a few days, I would be left in Pensacola and my family would be flying back home to Oregon. I knew I could handle it, but I was honestly questioning if I could actually handle it. My dad was hungry too, so we went for a little drive, and found a fried chicken place (it is the South). We weren't all that impressed by it, but dad and I had a heart-to-heart. That is one of the most special memories that I have now with my dad, and it took place in a Raising Cane's Chicken Fingers. 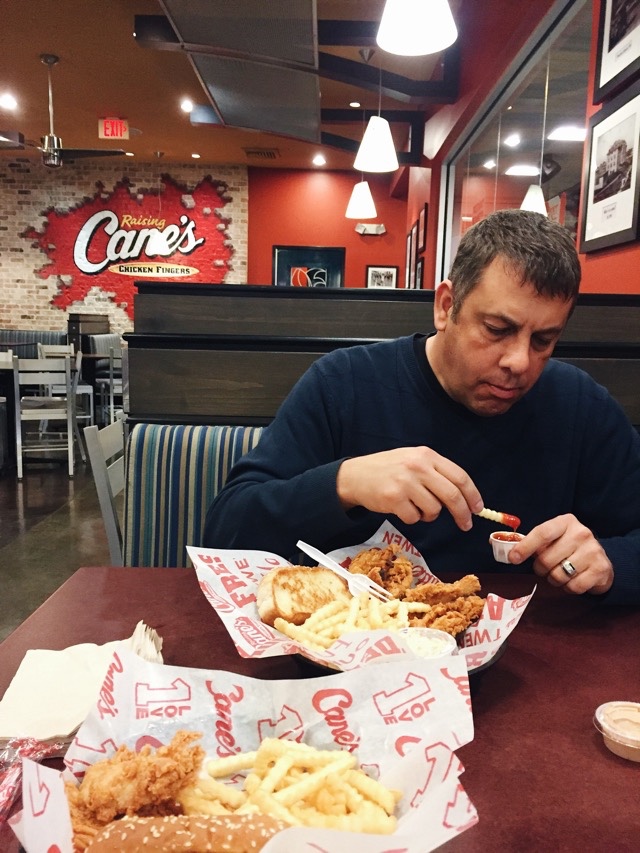 This was the last night we spent all together as a family. We watched Golden Girls on TV, and we made sure to get in as many hugs as possible. 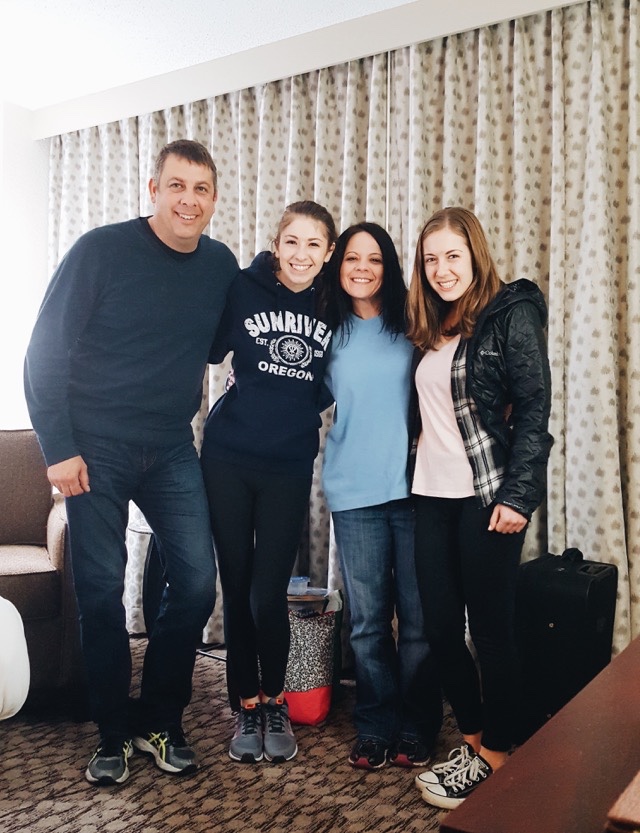 The morning came, and we put our stuff in the car. We checked out of the hotel, and drove to Albertsons for some breakfast items. We would be driving straight to Pensacola from Lafayette, so no stops. We drove on through Louisiana, Mississippi, Alabama, and then we hit Florida. 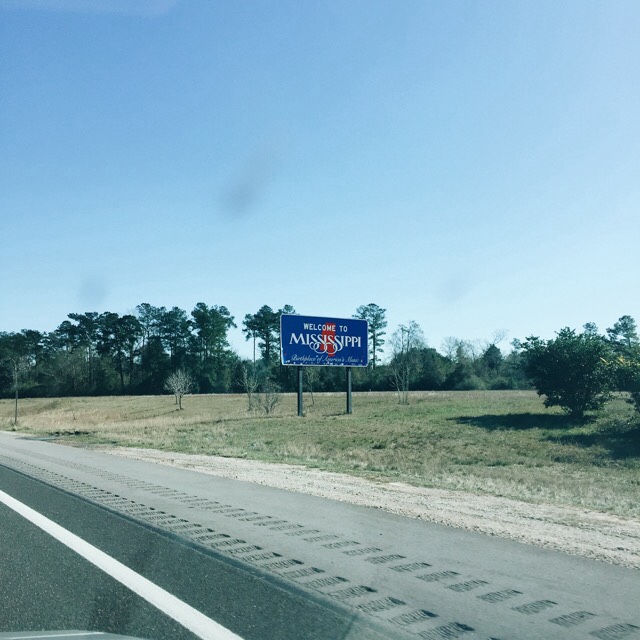 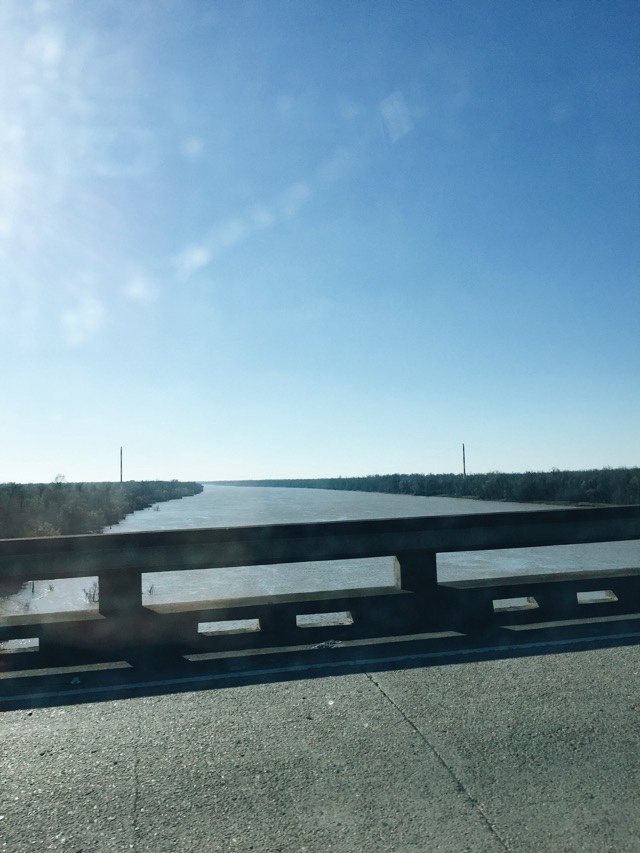 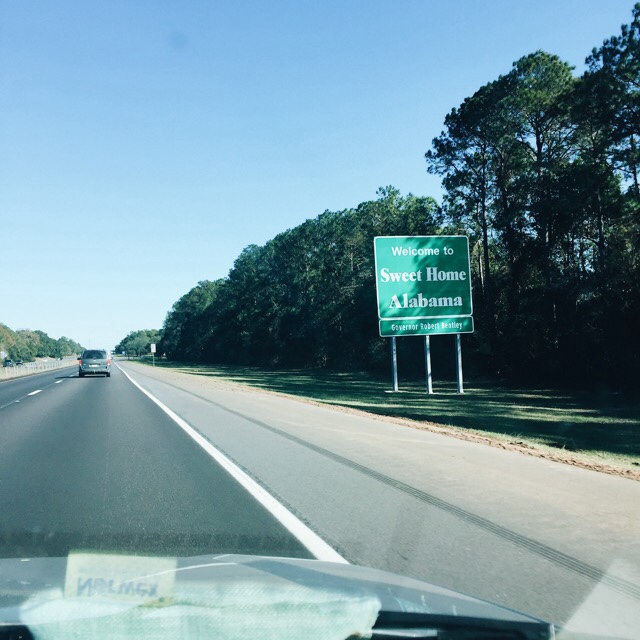 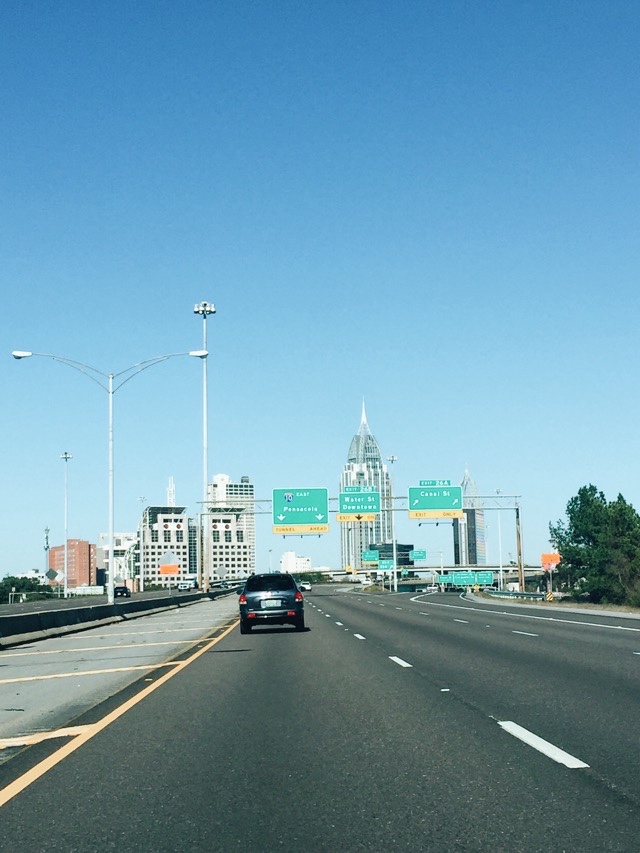 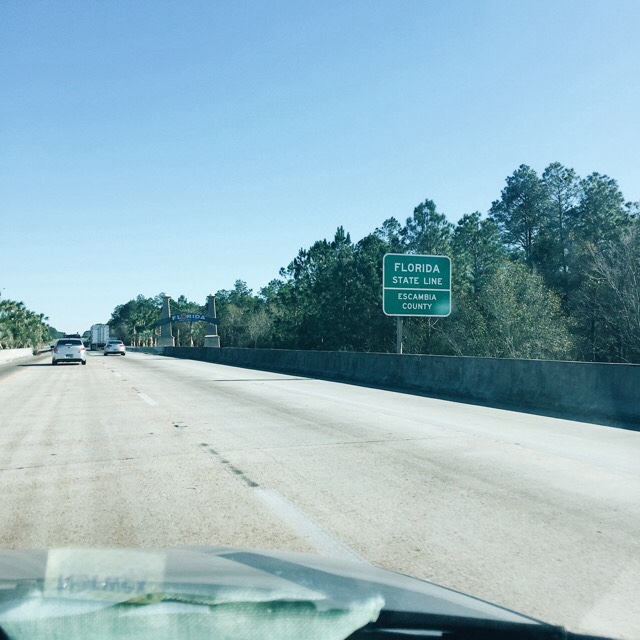 As we were driving to the university, things looked somewhat familiar from when I was here last year. We drove down University Pkwy, and my heart started beating fast. I couldn't believe I was here. I have to admit that I did pinch myself for several days after I arrived, just making sure I was not caught up in a really long dream. 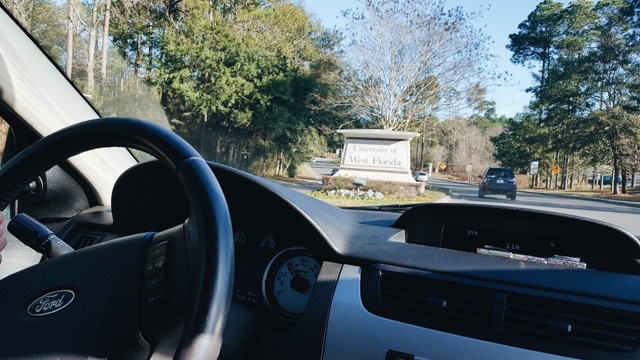 We found my dorm hall, and I checked in, and was given my key to my dorm. We went upstairs and I opened my dorm, and there was my roommate! I started feeling overwhelmed again. My dad started to unload my things from the car... my trunk was packed full, all of my things in my trunk that had traveled across the country with me. 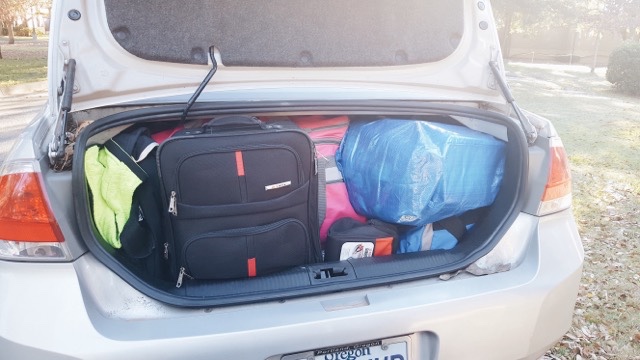 My family helped me unpack some of my things, and we went to Target to grab some items to decorate my dorm with. I felt better at Target, because it had a similar lay out to the one I went to back in Portland. We basically spent the rest of day unpacking, browsing and shopping at Target, and then putting my dorm together. We did that for the next two days that my folks were here. 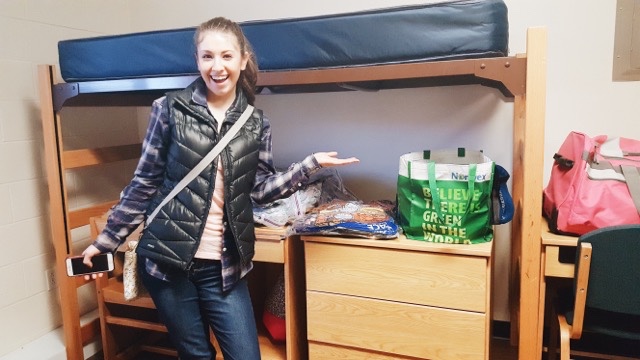 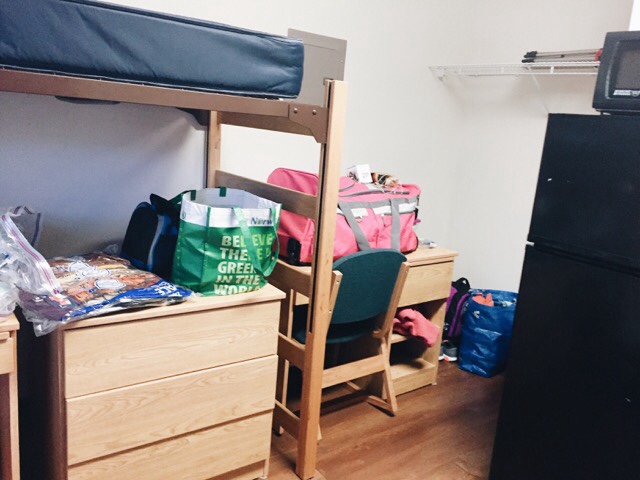 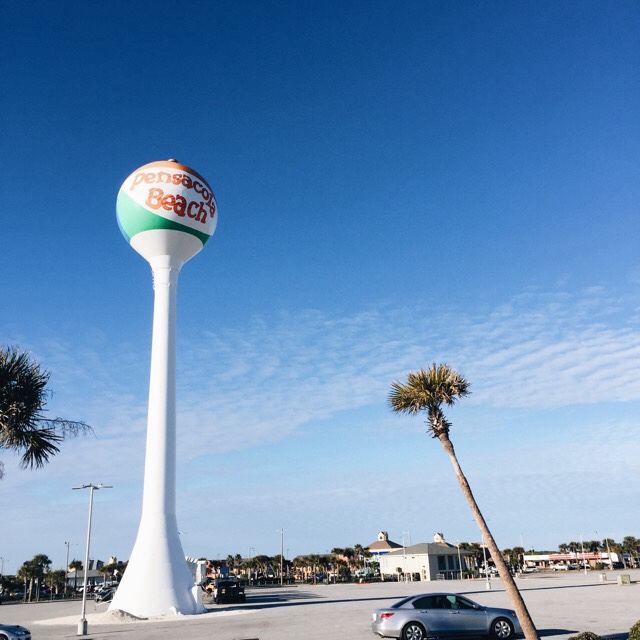 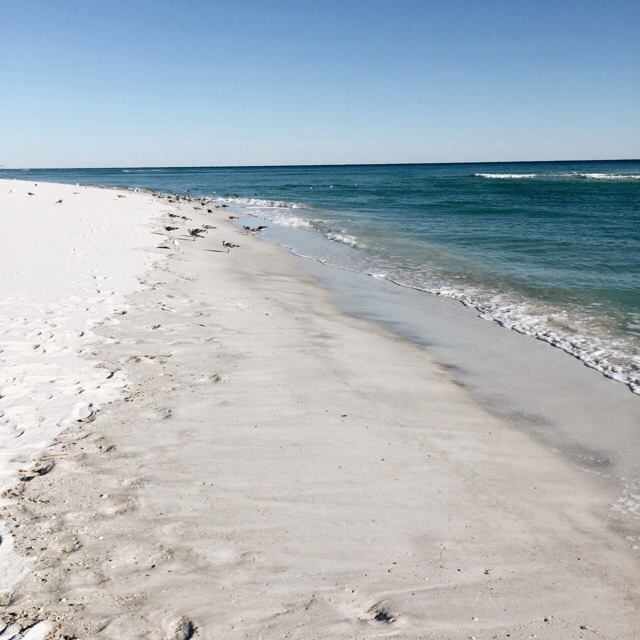 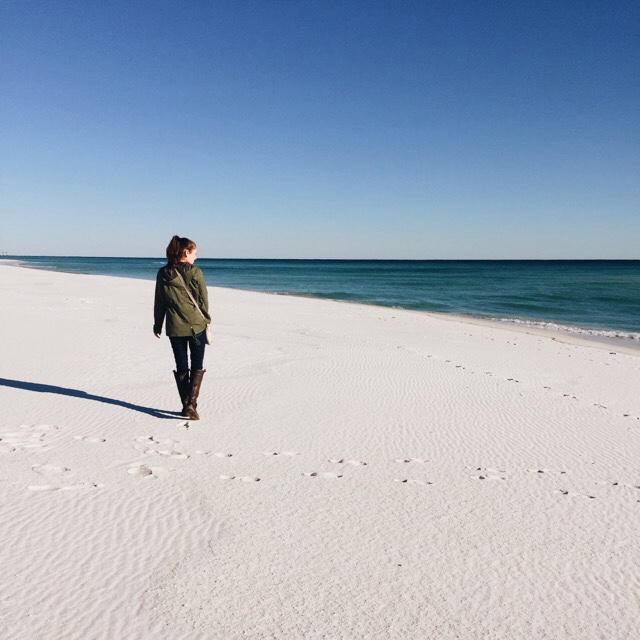 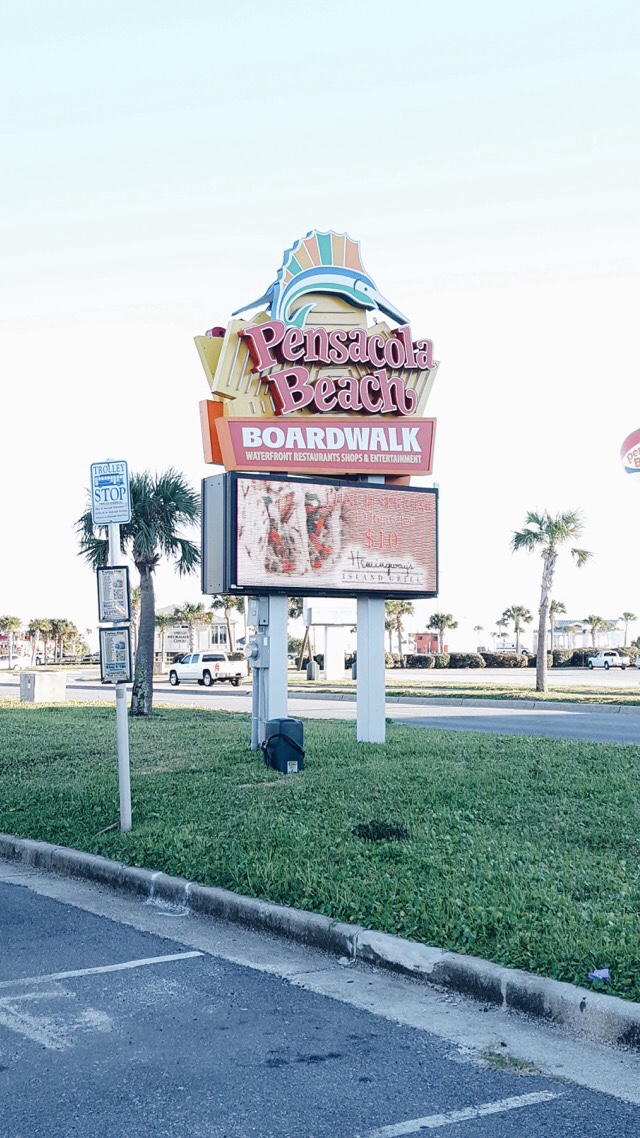 Monday came around. The last day I would be with my family for a while. The day that I had stressed about for so long. I was on edge the entire day; I was nervous about my family leaving. I was scared about becoming a wreck, and crying so hard. I was scared of having a panic attack in the car at the airport, or driving home from the airport. I decided to take the day an hour at a time. We first took care of some errands around campus first, and that relieved a lot of my stress. I didn't feel held up, I felt free and well after taking care of those items. Then we went out to eat, our last meal together for a while. My dad then took my car to get the oil changed, tires rotated, and brakes looked at, while my mom, my sister and I went to Publix to get some groceries. Time was growing short with my family, and I was starting to feel at ease. Something struck inside me that told me everything was going to be alright, and I believed that little voice. I am so glad that I did.

We went back to my dorm to put the groceries away, and put a few finishing touches in my dorm before they had to go home. It was almost 1:00, and their flight was at 2:00. I drove them to the airport, and we passed by the hotel that I stayed at while I visited last year, and the streets I went on during my visit. It was nice to see more familiar places. 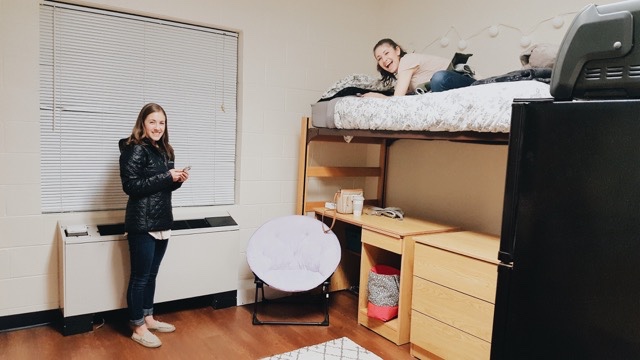 Here it was. The moment I had been anxious about. The moment I had a few nightmares about, and had cried about. In all honesty, I did not cry in the moment. We all did extremely well saying goodbye. We hugged each other multiple times, and I told my mom to try not to cry, and that this would not be the last time. We said our final good bye before they headed home, and I watched them walk into the airport. I was still alright. I was actually excited to start this new adventure. I got back in my car, and I left the airport, I turned on my music, and I drove back to the university. I didn't cry. I spent the rest of the day unpacking, customizing my cozy space, and getting ready for my classes that I had the next day. I felt at ease. I felt at home, and I felt relieved that I was finally here. 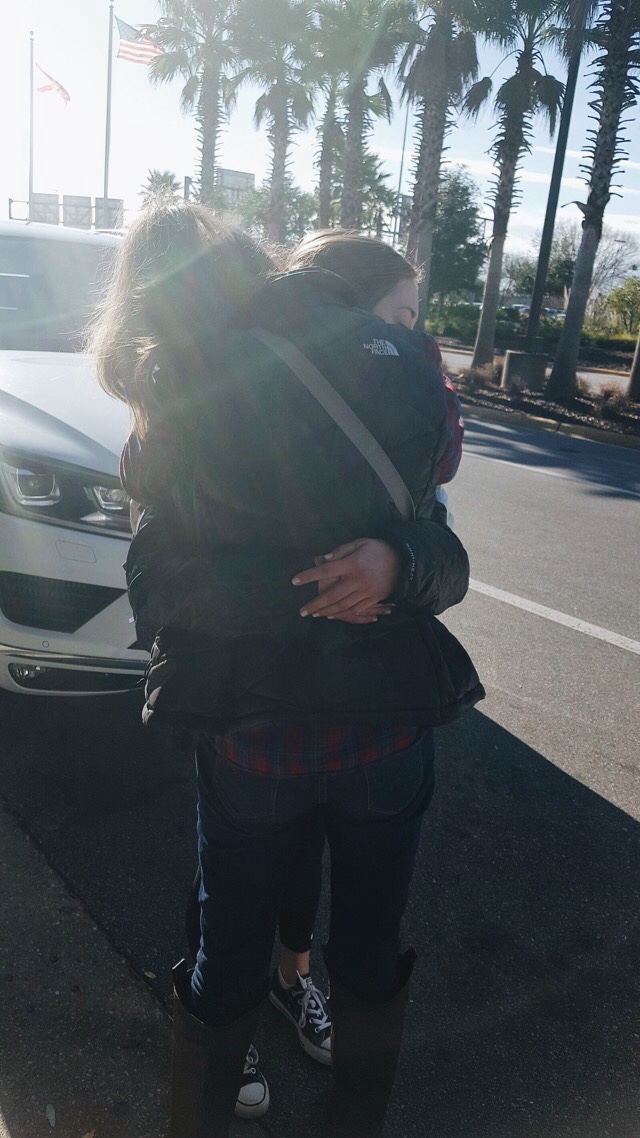 Do you know that feeling when you have been dreaming about something for such a long time, and you work so hard to achieve that dream? When you finally achieve it, you just want to work even harder at the second half, or the rest of your dream? That is how I felt when I got back to my dorm. I felt thankful, and I felt so happy. I missed my parents, of course, but everything felt so right. This is where I belong, and I am so happy that after six years, almost seven years of dreaming, and working hard, planning, and saving up that I finally made it happen. I absolutely love it here. 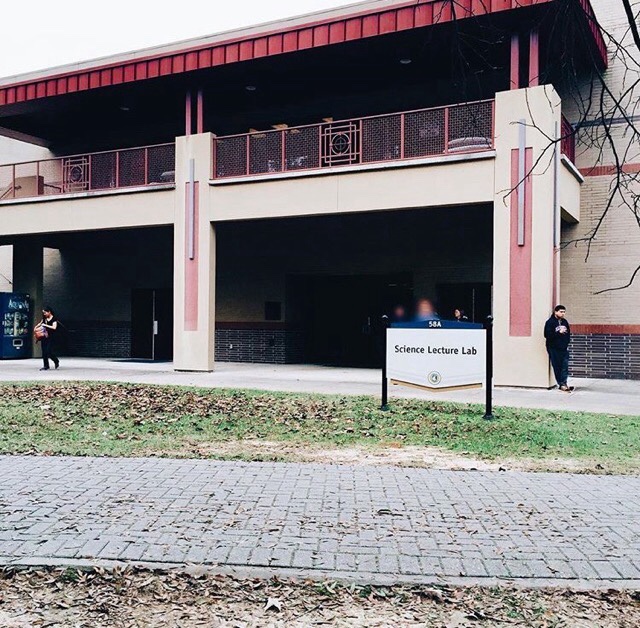