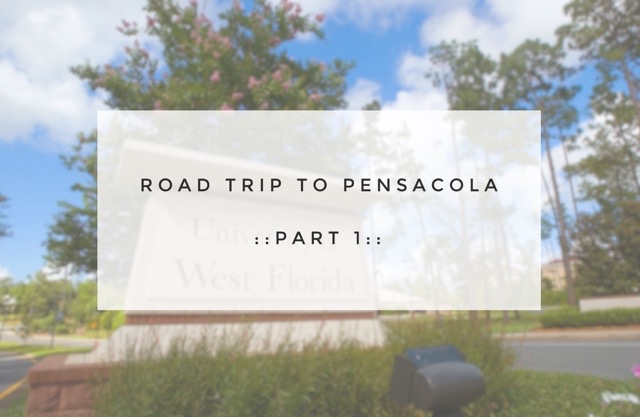 After two months of being here, I am finally getting around to posting about the adventure my family and I took to get me here in Pensacola. We traveled across the United States, and it took four days to drive. It is a trip I would not mind taking again, but definitely not for a while. I loved this trip because it was with my family, and it was a memory to hold with me until I can see them again in person. I am going to break up the road trip into three parts because there are a lot of pictures to show, and a lot of stories to tell.

First of all, I can't believe it has been almost three months that I have been in Pensacola. I am so in love with this town, and I am so in love with the south. I was always meant to live here, I think. But before I talk more about Florida, I want to talk about the journey it took to get here. If you have been a reader since the beginning, you know that six years ago, almost seven years ago, I wanted to attend the University of West of Florida, and I finally made that happen. On the morning of January 3rd, 2017, I woke up at 3:00 am to leave Portland for Pensacola at 4:00 am. I woke up scared, and nervous. I was even questioning, "Why am I doing this? Am I making a huge mistake?" but I got up anyway, and I don't remember what I ate for breakfast, but I know I had a banana with it. I got into comfy road trip clothes, and walked around my house for the last time. This is the day I had thought about for years. The day that my family would pile into my little Ford Focus and we would drive across the country to the town I had been thinking about for years.

(This picture is from my trip to Pensacola back in April of 2016. I was in the plane, and we flew over Pensacola, Florida) 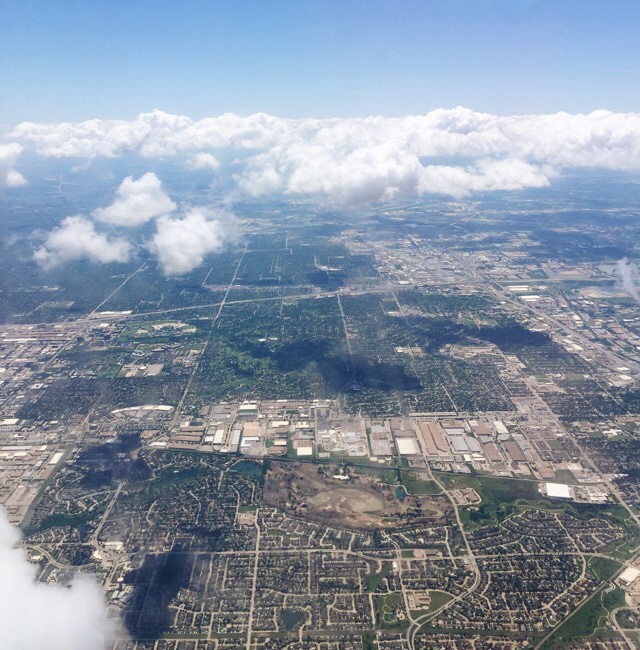 I was the first one to start off driving. I pulled out of the parking space that I had always parked, and said goodbye to my street. I was scared, but I knew opportunity awaited me. I am not going to recount every detail because talking about driving in the dark for three hours is not super interesting. But during that time, I felt every emotion in the book. When it became light outside, I felt at ease. I also felt at ease because we were stopping for coffee as well. We stopped in this tiny mountain town, and I had an amazing white chocolate americano. Unfortunately, that was the best coffee I had during the whole trip. We looked for coffee, but it was not our first priority, or the towns we stopped in simply did not have what I was looking for. Call me a coffee snob, I am from Portland after all.

*edit*  Before we drove through all the snow, and right before we entered Medford, Oregon, we stopped at this gas station. Behind us, there was neat, old truck that I fell in love with. I love antique cars and trucks. They are so full of character, and they carry their own stories with them. I would love to know what stories this truck carries with it. 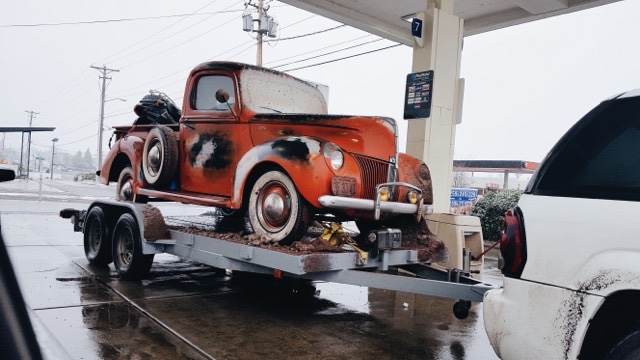 After our stop, this is when things became a little shaky. We drove through Medford, Oregon and the snow started pelting down. Snow was everywhere! My dad drove through the snow, and we drove through the California border, (they did not stop us, they waved us right through) and we were still driving through snow for miles and miles. There was a time when I looked over at my mom, and she looked so scared. She let out an "oh no" and I lost it. I started crying because I knew all the emotions she was experiencing. The hardest part about the trip was knowing what my parents were going through. They were going to be leaving me in Pensacola, I knew they were having a really hard time with that. That made me feel sad for them. Driving through the snow added more stress to the situation, and I felt like a mess inside. 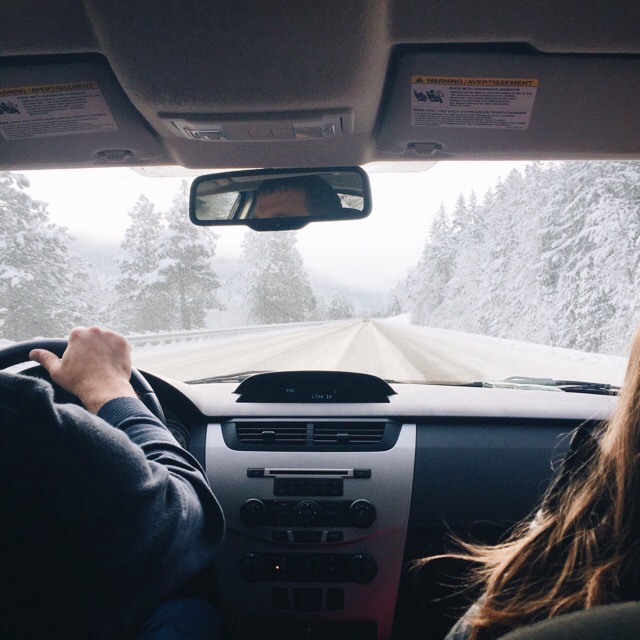 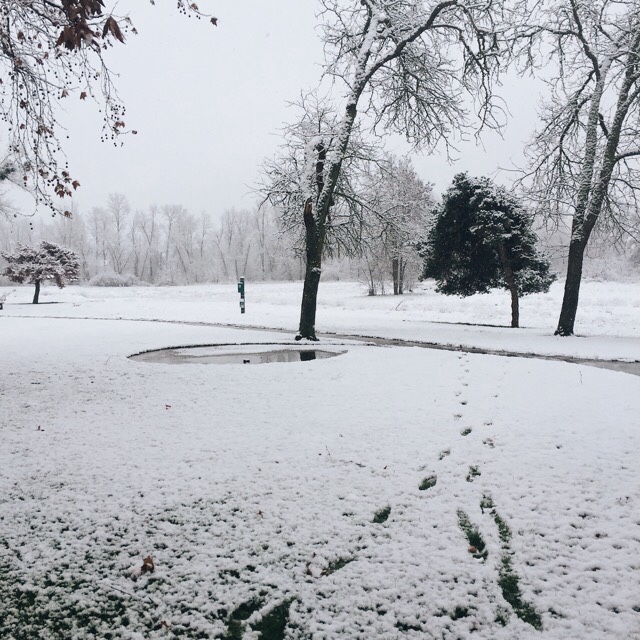 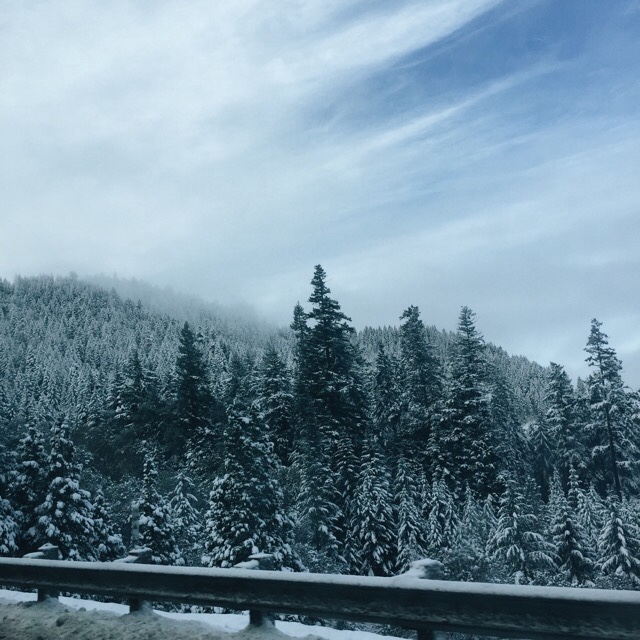 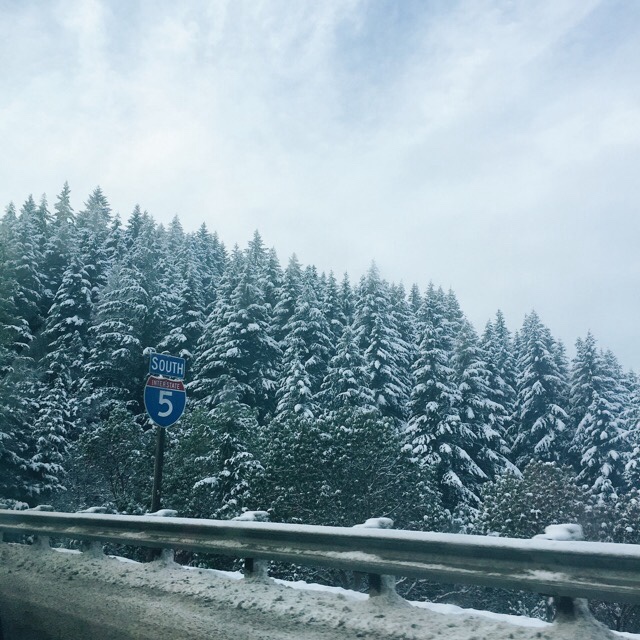 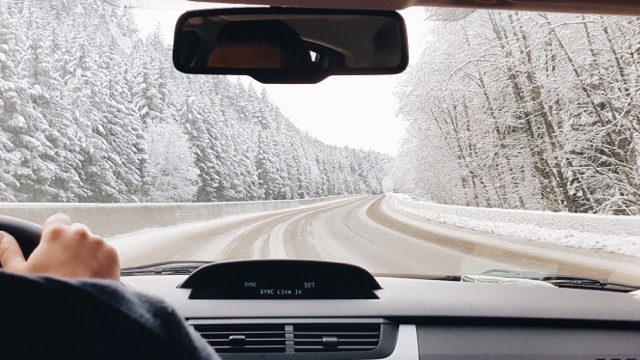 We finally came out of the snow, and things were better. We stopped in Redding, California for lunch, and a few hours after that, we stopped to fill up the tank. This was my first time pumping my own gas! In Oregon, we do not pump our own gas for some reason, so this was a milestone for me. There is really nothing to it. We decided to stop in Lodi, California for the night, and pick up driving in the morning. We had spent twelve hours in the car, that is really a long day of driving. I was feeling at ease, and I was trying to not think about the following Monday when I would have to take my family to the airport for them to go home. I brought that up during dinner, and my mom told me to not think about it, and just enjoy the time we have right now. I think we all had thought in the back of our minds, but we just didn't want to let it surface. 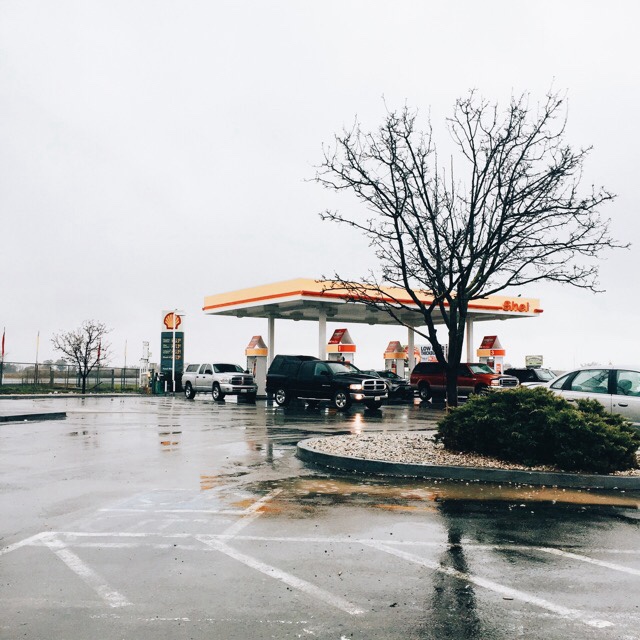 The first day of driving was the roughest of them all. The rest of them were smooth, and pretty exciting. The first days of anything are emotional, because it is a big change, and something new ahead.

I am going to pick up the rest of the road trip saga in Parts 2 & 3.
Labels: life pensacola