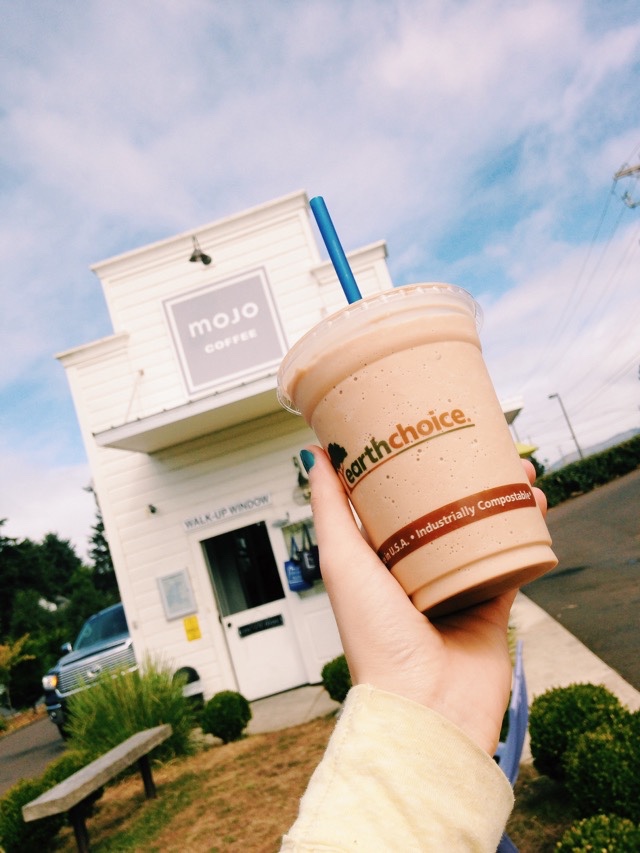 Finishing up the Lincoln City saga. The last day in Lincoln City began a little later. We slept in a bit, ate a little breakfast, got ready for the day, and checked out of the hotel. The first place we went to was my Mojo Coffee. Their coffee is truly the best, the way they blend it, stir it, mix it, however you take your coffee, Mojo Coffee does the best. I sipped on it while we drove through the town of Lincoln City, trying to figure out how we were going to spend our last day. The previous day, on our way to Moe's, I noticed a bookstore with the cockpit of an airplane attached to the side of the building. I thought it would be really neat to check out, so we decided to go there. My mom and I entered the maze and world of books. We learned that the airplane attachment is not open to the public, and that they were trying to make it into an office. Mom and I looked around, and you would never believe this bookstore! 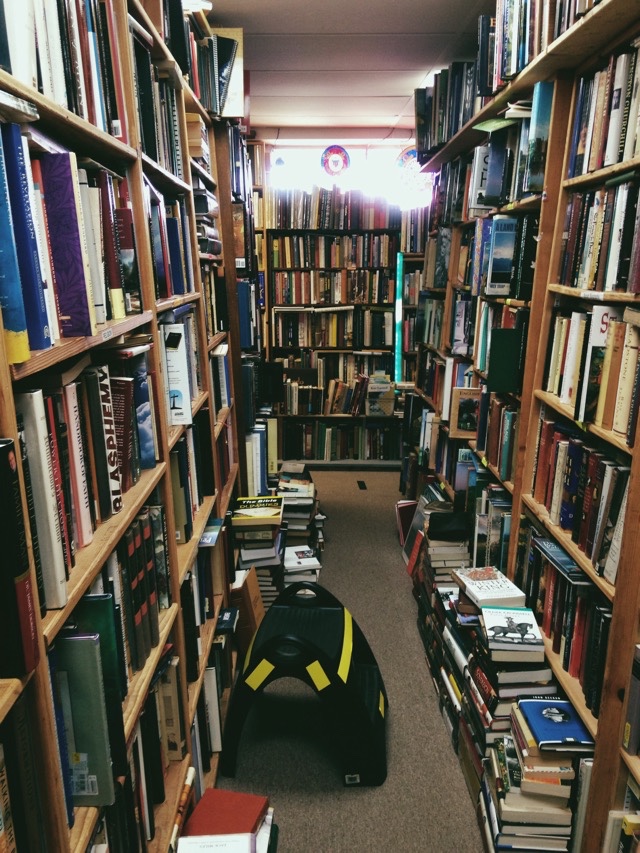 Walls and shelves were jam-packed with books. Books were piled on the floor, and every direction you went in were just books, upon books, upon books. It was rather fun seeing where the maze would take you next. My mom and I actually bought a few books from there, I found some essential oil books. I am really excited to read through them and use them as reference guides. After the bookstore, we continued on Highway 101, and we passed by this beautiful beach. I wanted to go there. It was gorgeous, the water was so blue from the reflection of the sky, and there was this giant rock formation sitting in the middle of the beach and shoreline. It was absolutely incredible. We decided to check it out, and after taking a look at the beach, we decided that this was where we were going to spend our last day at the beach.

We went to Thriftway to grab sandwich supplies, and we went back to Fogarty Creek State Park. Fogarty Creek State Park is the entrance to the beach, the beach is actually Fogarty Beach. Once we settled our chairs down, I went exploring. I feel like a child who has to explore the world around them. With there being rocks around, I figured that there would be tide pools, but unfortunately, no tide pools can be found at Fogarty. I did find other treasures, like these barnacles and other creatures resting in this rock divot. 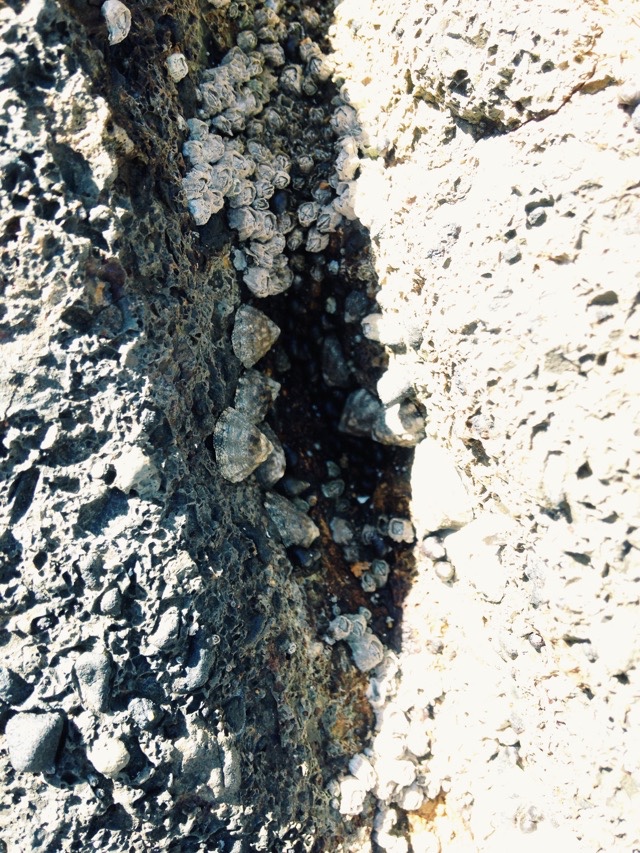 I will never get over the beauty of this beach at Fogarty Creek State Park. I sat for a long while just watching the tide roll in, and the waves bring in collections of sea things. We even saw a seal swimming out near the rocks. At first we unsure if it was an actual seal, but once we saw the whiskers, and the body, we were pretty sure it was a seal. Just as I was going to snap a photo, the seal disappeared in the waves. That was such a memorable moment. I haven't seen sea life just floating around at the beach. In Newport, Oregon, they have seals lounging below the main dock. They are free, unkept, and seals that can roam and swim about the ocean. They are all collectively there, and it is normal, but seeing one float around near shore was pretty bizarre. 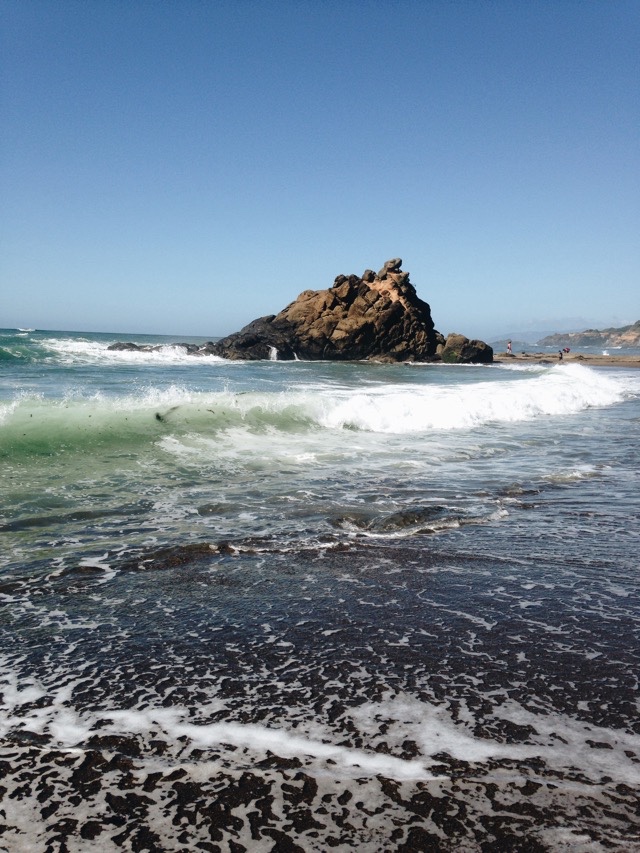 My dad was a brave soul for wanting  to climb the giant rock formation. I was interested in attempting such a venture, but once I began to climb, I realized it was not really worth the risk of falling and killing myself. My dad made it up to the top somehow, and after a few minutes of pondering a way down, he ended up on the ground safely. I'm still glad I didn't climb the rest of the way. 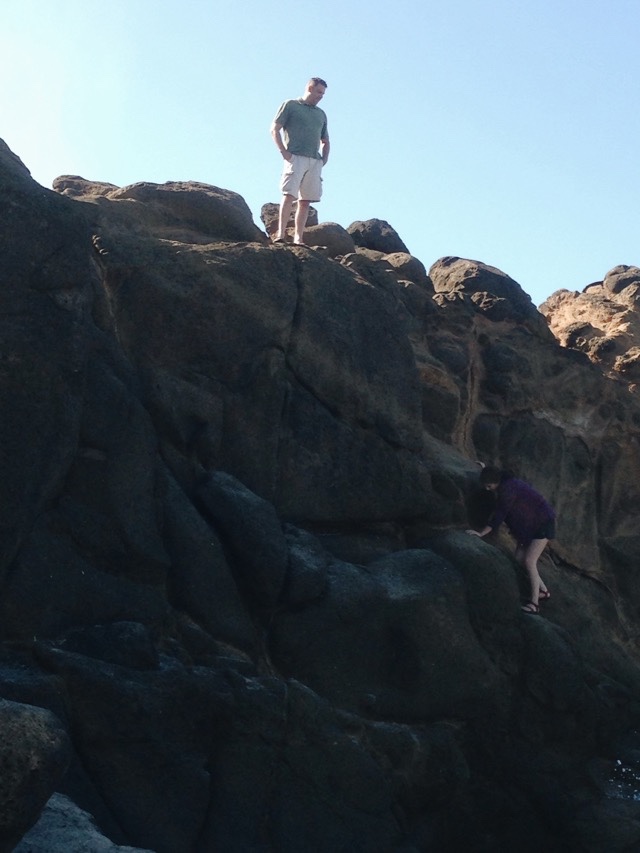 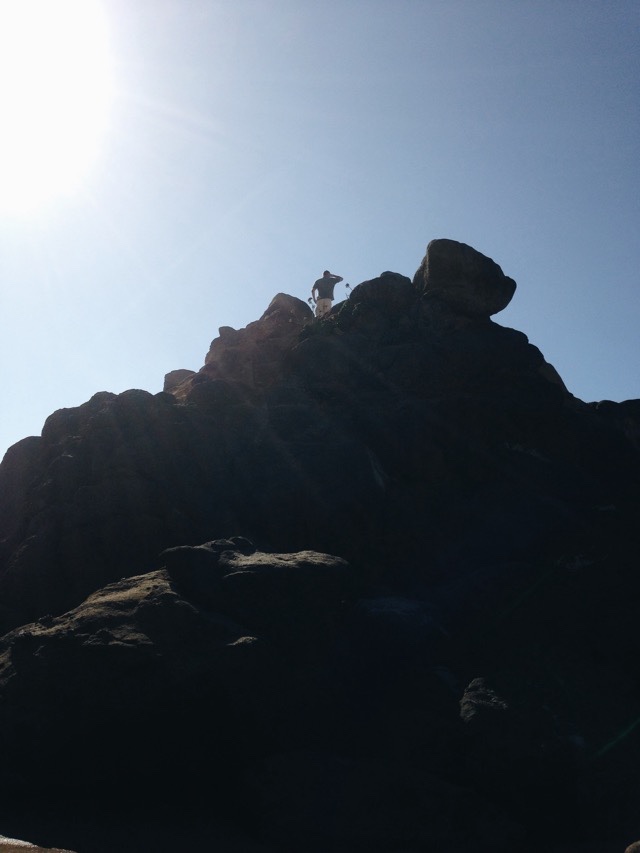 Since fires are temporarily banned from the beach, we made turkey sandwiches, and had macaroni salad for a beach lunch. We watched the waves roll in and out, and saw families play in the waves. It was lovely to take a moment and just watch the beautiful world around me. 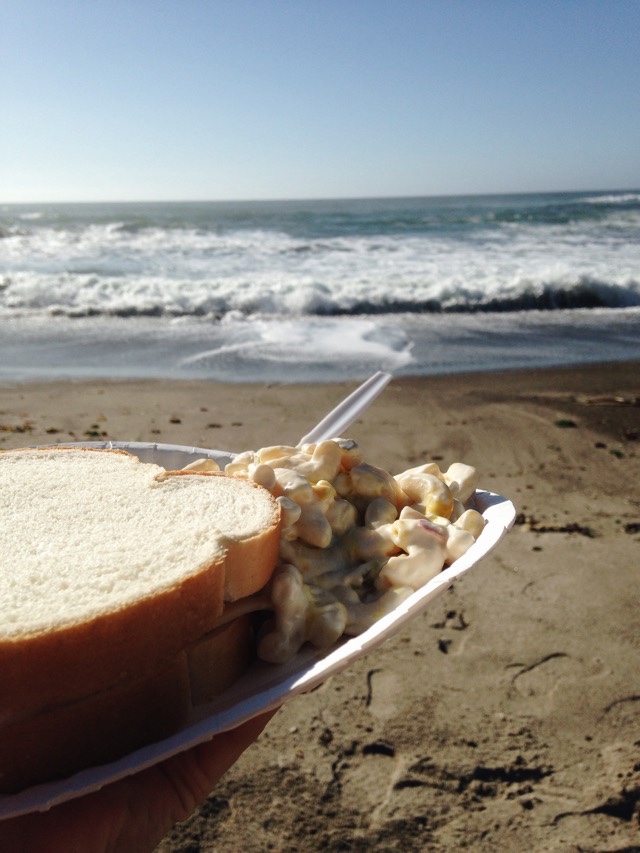 I decided to play in the waves, unintentionally getting more soaked than I wanted. The waves came in fast, and the water got deep fast. The waves were large, and this photo below is a snap of me almost being taken away by a wave. It was crazy, and so fun at the same time. 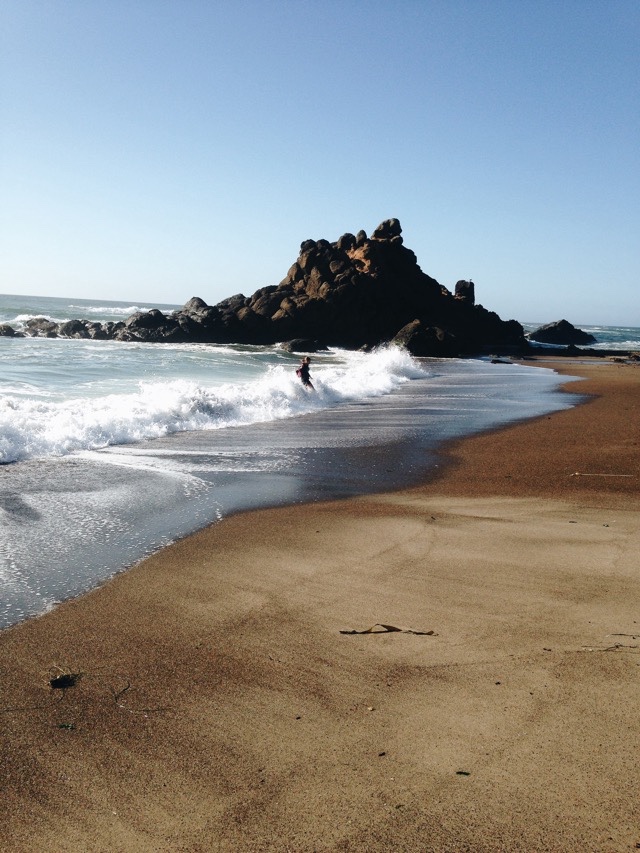 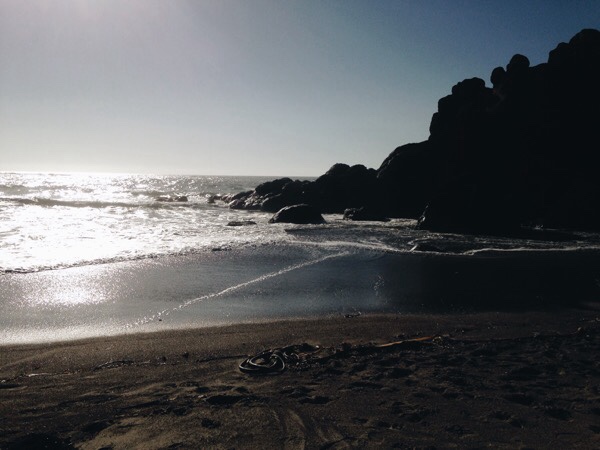 Around 5:45, we packed up and headed back to the car. I was then on a hunt for ice cream, but the shops we stopped at didn't have what I was looking for. It was then time to leave Lincoln City, and embark on our trip home. We made one last stop in Grand Ronde, Oregon. We had stayed in Grand Rande the first night of our trip at the Spirit Mountain Casino. Right across the way, there is Fort Yamhill, a piece of Civil War history right here in Oregon. 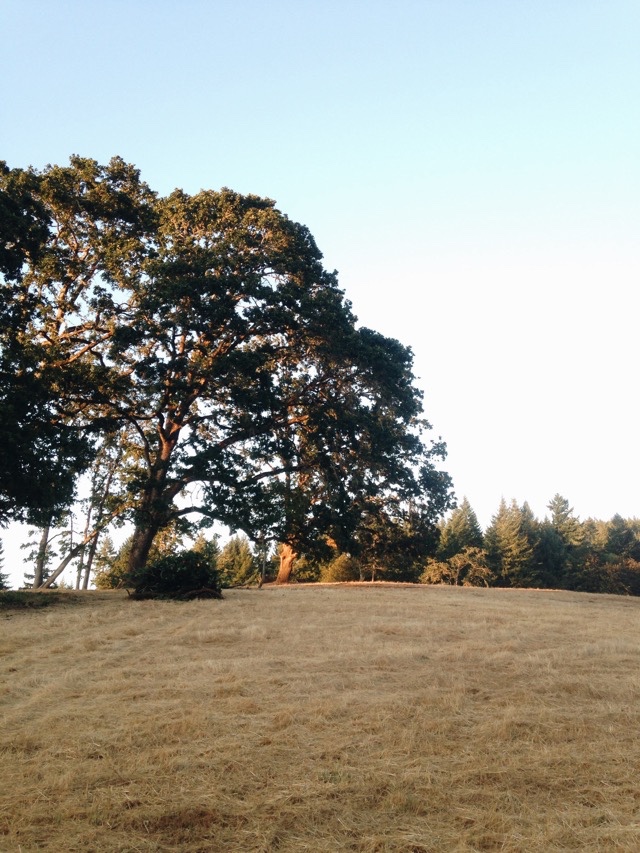 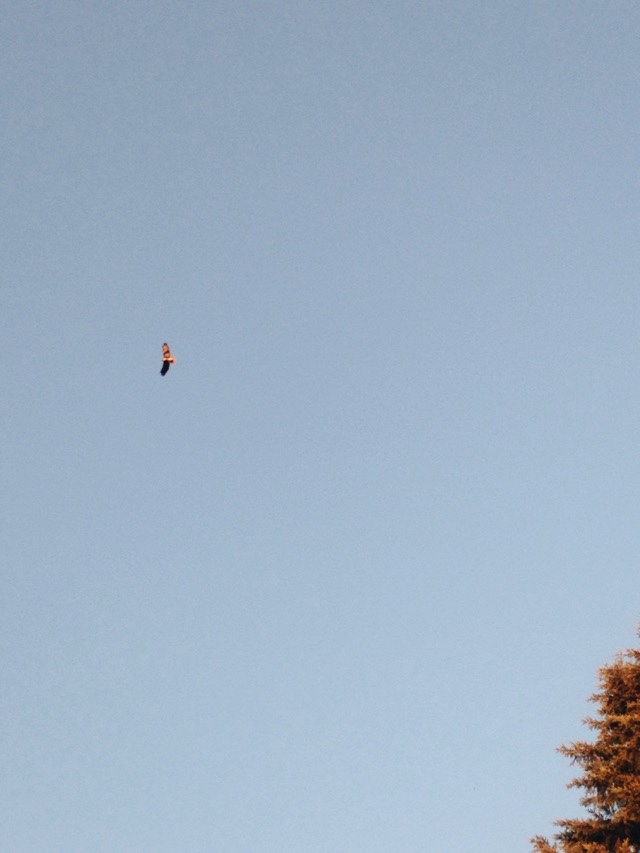 In 8th grade, my brilliant teacher had us re-inact the Civil War. I was the Adjutant for the North, so when I saw this, I had to take a photo. 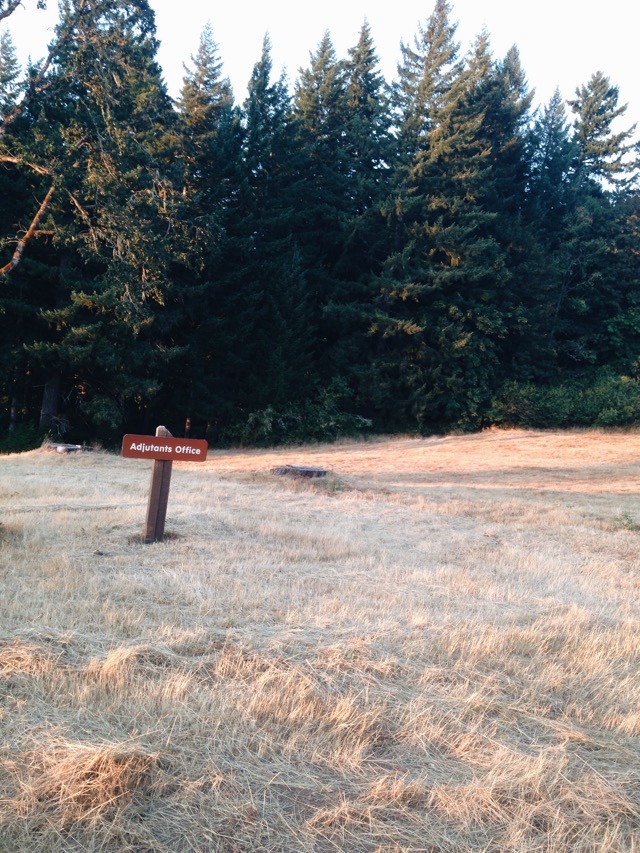 The walk back to the car was nice. The sunset was glimmering through the trees, and it was so pretty. 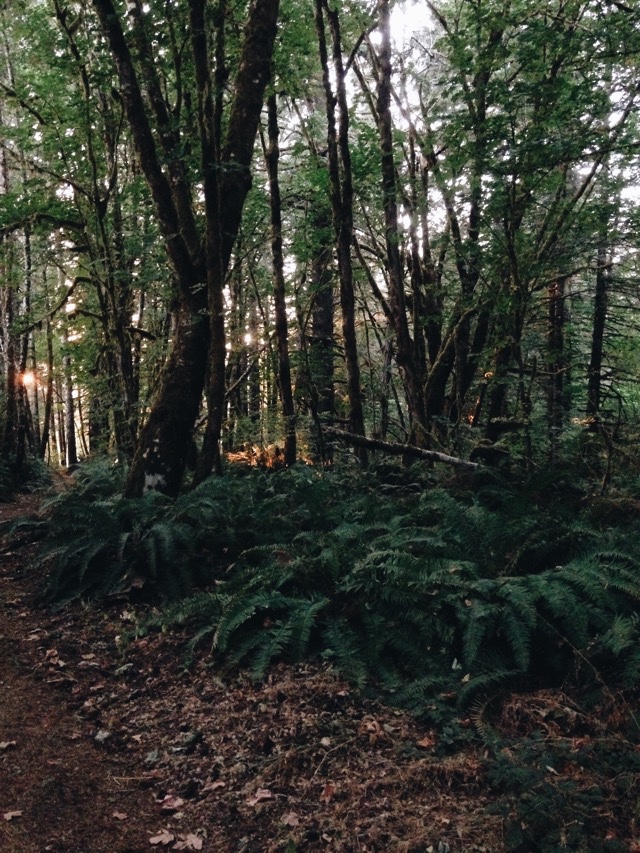 I am really missing the beach. I want one more, small beach trip before I have to get back into the swing of classes. Even a day trip. I really enjoyed the beach trip, and it was much needed. It helped me destress a bit, and it allowed me to see some beautiful things.