I have good feelings about the new year, 2015 will turn out wonderful. This is my first post of 2015, and I wanted to document the last day of 2014, my fun New Year's celebration with my aunt, uncle, and cousins. It is a tradition that we have carried out for about three years now. There was one year that I didn't make it to their house because of a different celebration, but that lost year was a complete waste of my time. We are not dwelling in the far past, but in the recent past, yesterday ;) 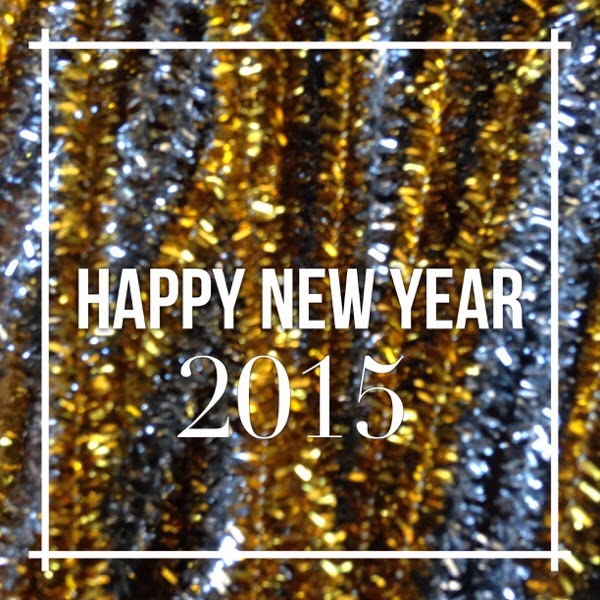 I love hanging out with my aunt, uncle, and cousins on New Year's. We always make good food, and have a fun time hanging out. I like to bring crafts for the girls, and then we bring in the New Year. This year, I made pretzels and brought them over. I just used my pretzel bites recipe, but made them into sticks. In my opinion, they are much better as bites, but the sticks were festive. I made the cheese sauce for the bites, and then made a cheddar bacon loaf. It was quite easy to make, but I think I am going to post it later with a few of my own tweaks to the recipe. It was very salty because of the butter and the cheese, but it was yummy. We also had churros, but I didn't make them from scratch! No, no way! My aunt bought them, and we heated them up in the microwave. I love churros. :) 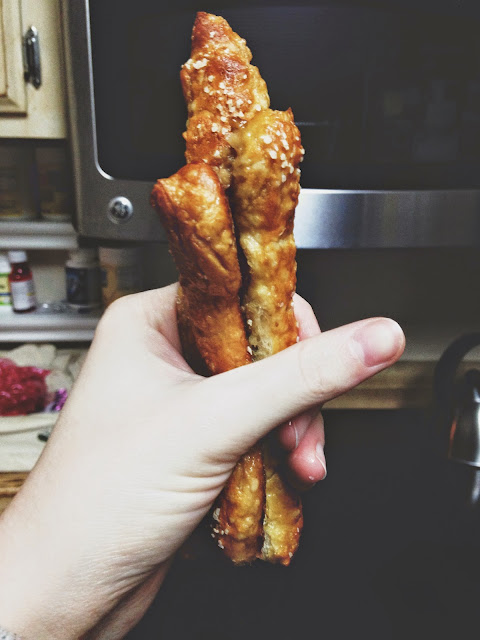 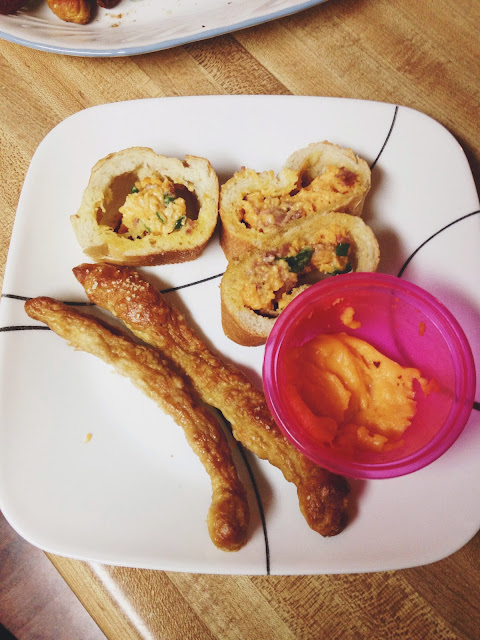 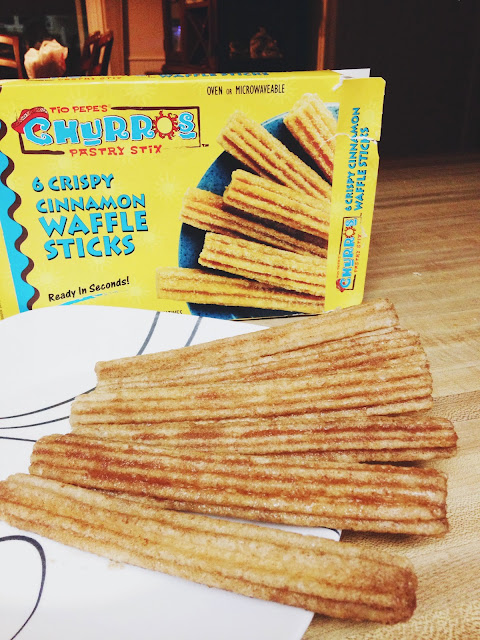 After we ate, I did a little craft with the girls. I brought pipe cleaners, and we made firework rings, and the girls got really creative and made other figures out of pipe cleaners. They kept giving them to their crafts to their parents ;). Raelyn's face cracks me up, she didn't want her picture taken, so instead of cooperating, she agreed to the picture with a stinker face. I will take what I can get :) 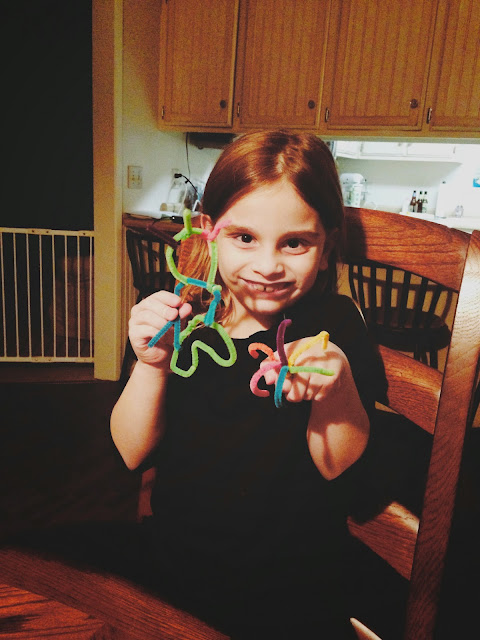 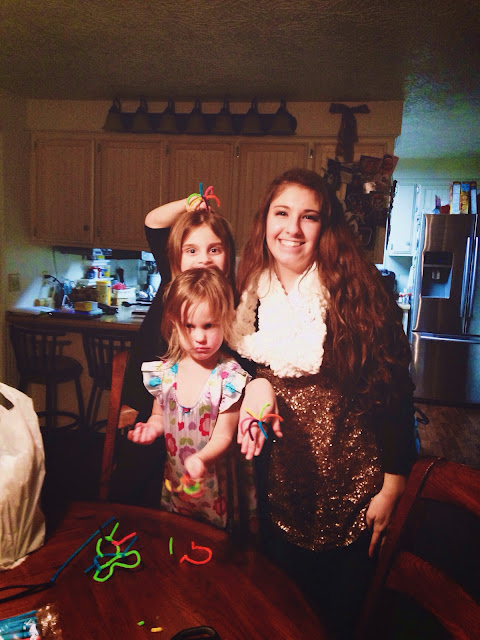 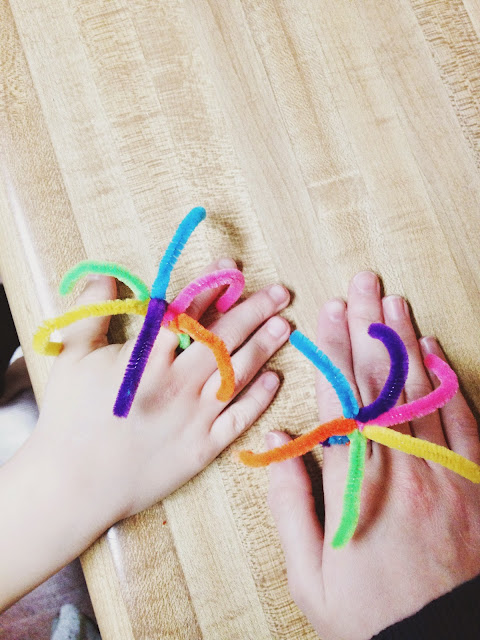 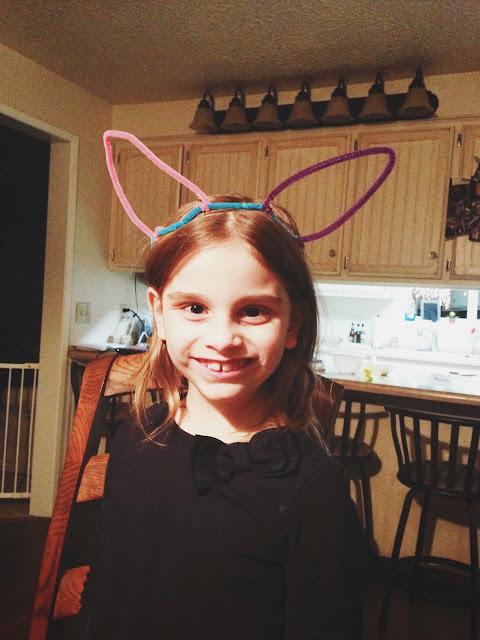 After crafting for a bit, we decided to settle down, and we watched Despicable Me 2. It is a pretty cute movie. I enjoyed it, and wouldn't mind seeing it again. I still like the first one the best. It was an enjoyable evening. After the movie, we decided to begin watching another movie, one of Isabelle's picks. I was getting sleepy, and I was just looking at Pinterest while we welcomed in the New Year. We all went to bed, and I stayed up a little later watching Cheers, and writing out notes, and affirmations for the New Year, motivational words, and quotes to keep the doubt away. I woke up around 9:00 am this morning, and then the girls got up, and we all had breakfast. We cleaned up a bit from last night, and then we watched I Love Lucy for a little bit. I had Isabelle do a little New Year's activity. It was a print out, and she filled out the highlights of 2014, and what she is looking forward to in 2015. I realized that I used my sister's folder to transport the 2014 fact pages. Ha! 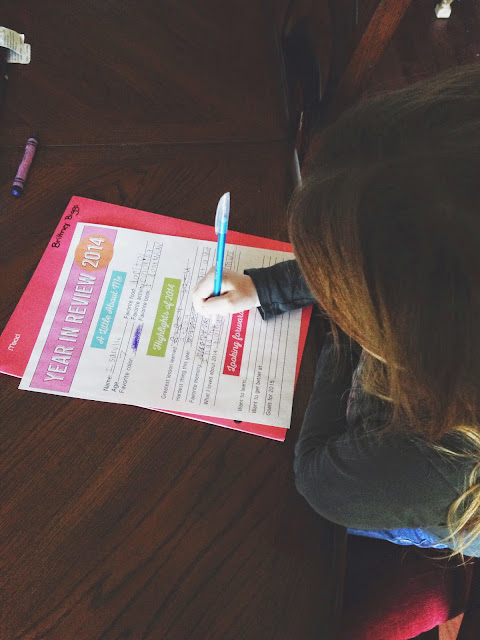 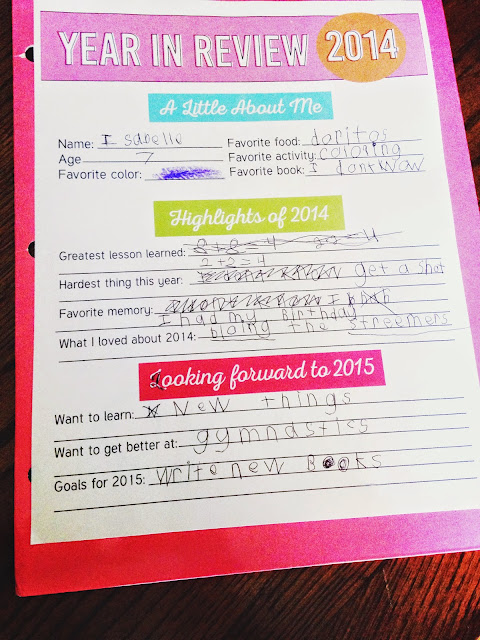 It was a fun, low key night. I have good feelings about 2015. I have very good feelings that I will achieve many big things this year, and accomplish many big things this year. It will be so nice. This is my year! This year will be a great year. 2014 was good to me, but 2015 will love me!
This photo is a great opening to the new year. It radiates joy, and brightness. I love these girls. 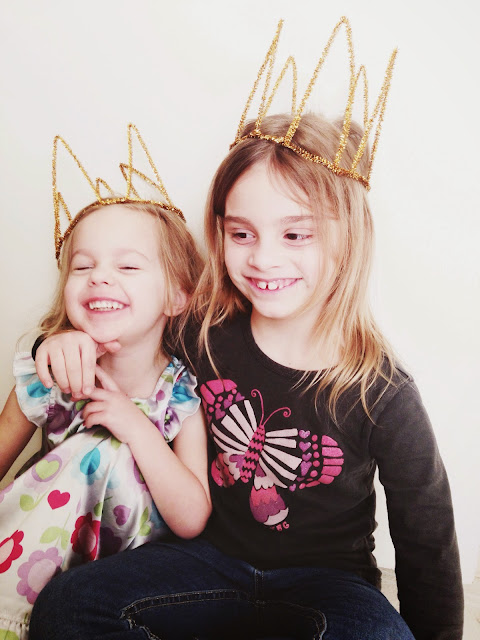