Continuing the vacation, talking about day 2! Today, we went to Sunriver's newest water park, Sharc. We had free passes for everybody in the house, so that is where we went today. We first watched Peter Pan this morning until it looped around all of the commercials, and started to play again. We figured after that, it was time to leave. It ended up being in the 90s today! Perfect water park weather! 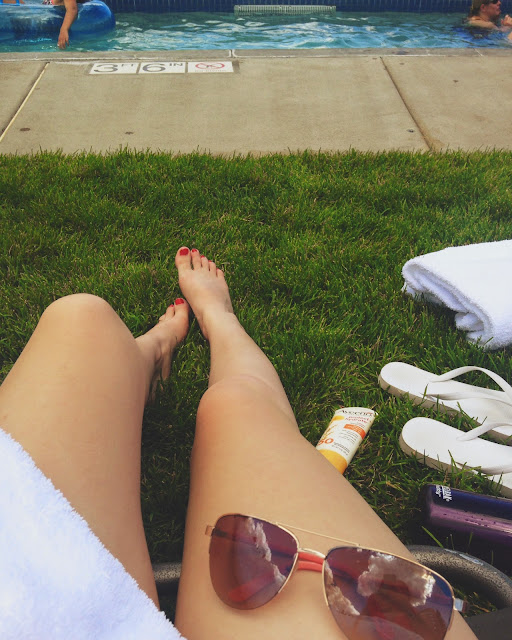 I am wearing a suit from Aerie. It is the retro top, and they are doing a campaign where their models are untouched and unedited, so that is what I am doing. Untouched, and unedited. 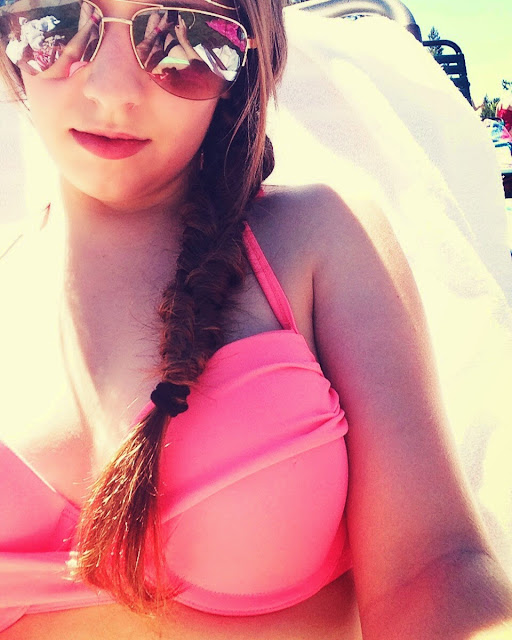 At Sharc, they have a lazy river, well actually it is more of a loop, and not so much of a river. They would have "adult" time for people 18 and over (I qualify! :) ) and a time for parents with toddlers to go in the lazy loop. It was nice having it regulated, because during free swim, it is crowded, loud, and frankly looks hardly enjoyable when it is that crowded. I for one appreciated the regulated river allowances. When it was parents with tots, my mom and used my little cousin for swimming purposes. It was children 6 and under for "parents with tots" time in the river. My mom and I would switch off. :) 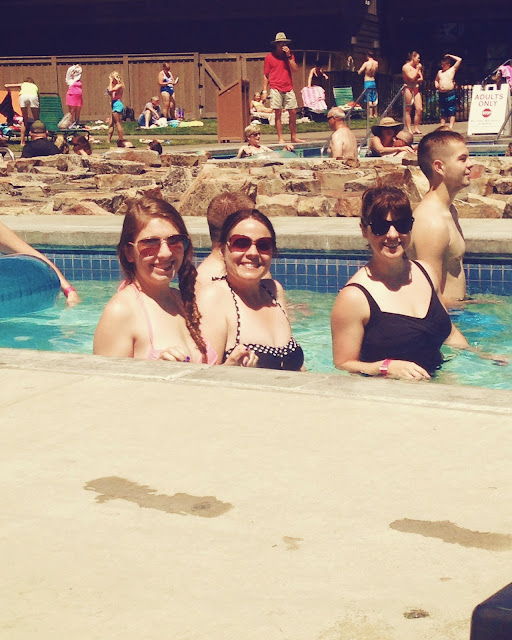 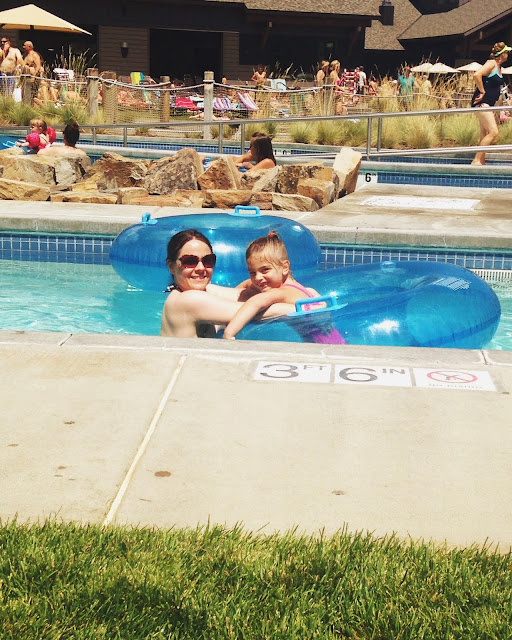 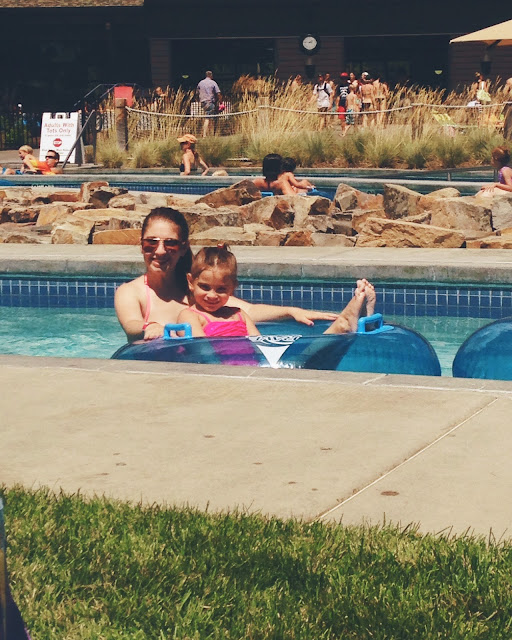 Sharc is a pretty fun place. Last year, I was actually brave enough to go on the water slide. I am such an old lady sometimes. But this year, I kind of felt like that baby elephant on Tarzan, "Mom, is this water sanitary?" Because the waterpark was CROWDED, and with that many people, and that many small children, you can't help but ask that. I tell myself that there is so much chlorine in the pools, that it takes care of it. 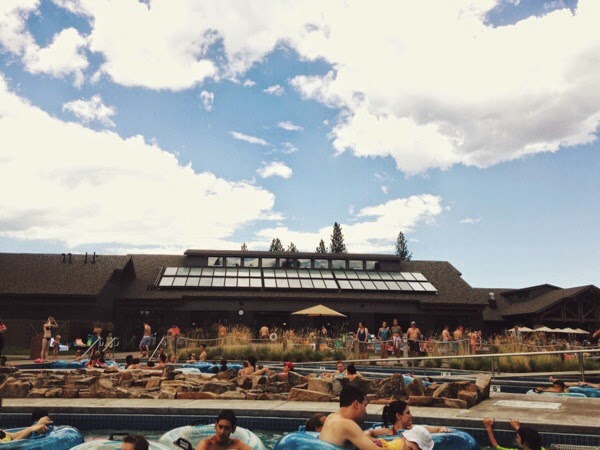 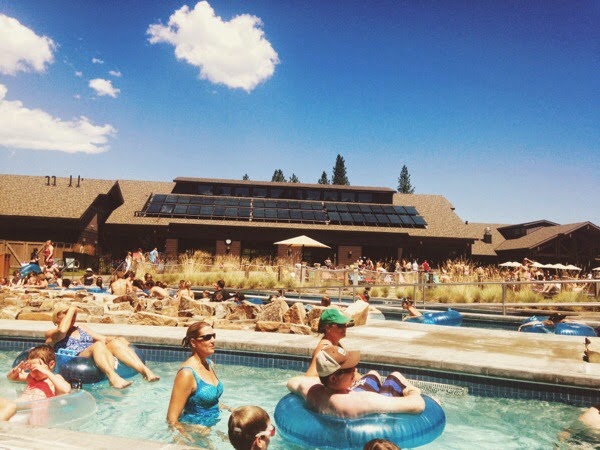 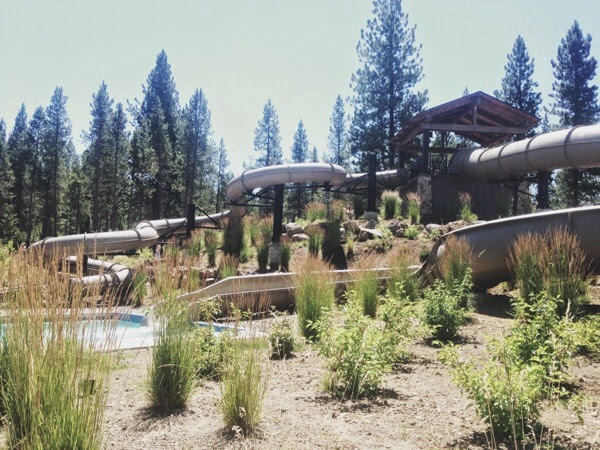 My Uncle Rob had to take little Raelyn home because she was getting grumpy, so we only had a five seater vehicle for seven people. Brittney and I broke the law today, we suggested that we could ride in the trunk, and we did. A trunk ridin' went. 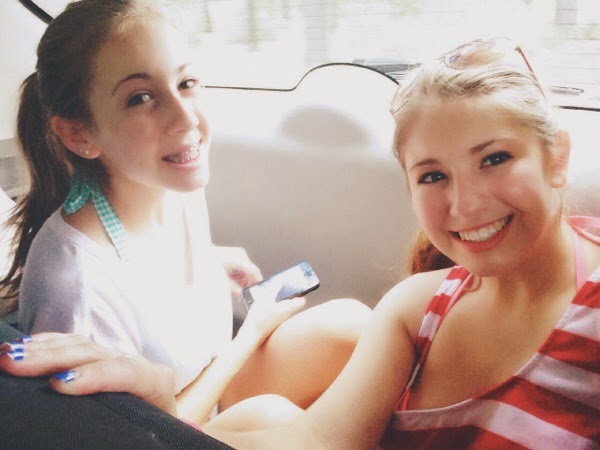 It was a good time at Sharc. My shoulders and chest got a little crispy, but that is what happens in the Summer. I enjoyed relaxing, people watching, and tanning in the Sunny Sunriver, Oregon sun. Once the little girls were done at Sharc, we decided we were too. A little while after we got home, my Aunt Shawna wanted to go to the village, so I offered to go with her because I wanted to get a coffee from the bakery. Well, I ended up leaving my wallet in my pool bag, so I was without it! Plus it started raining in 90 degree weather. It was actually a neat scene. Once it started raining, people just stayed as is. They didn't go find cover, they just kept walking their dog, or eating their ice cream cone. It was a good village visit.
Later, after dinner, I pulled up Netflix on my iPad and started watching Tarzan with Raelyn. I haven't seen that movie in forever! I started fishtail braiding my hair, because I have to fidget and Raelyn took some hair to the side of her head, and started twisting it, doing her hair like me. Cutest mimic. 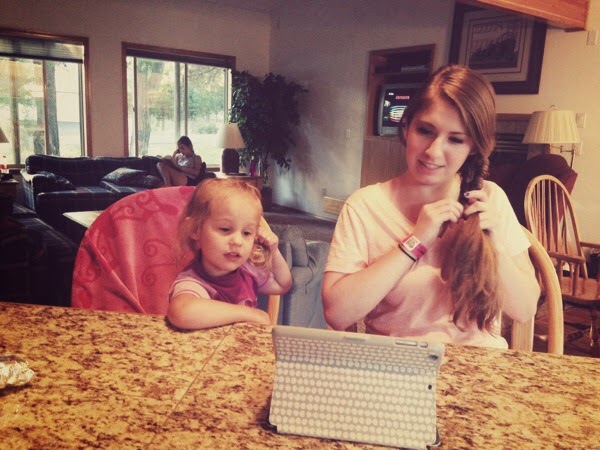 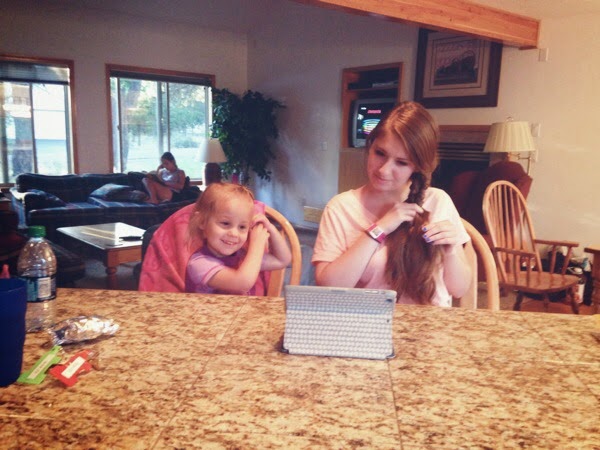 I ended the day Twitter, Netflix, and blogging with the loud background of my parents, Grandparents, Aunt and Uncle playing the Hand & Foot card game. It was a good day in Sunriver. 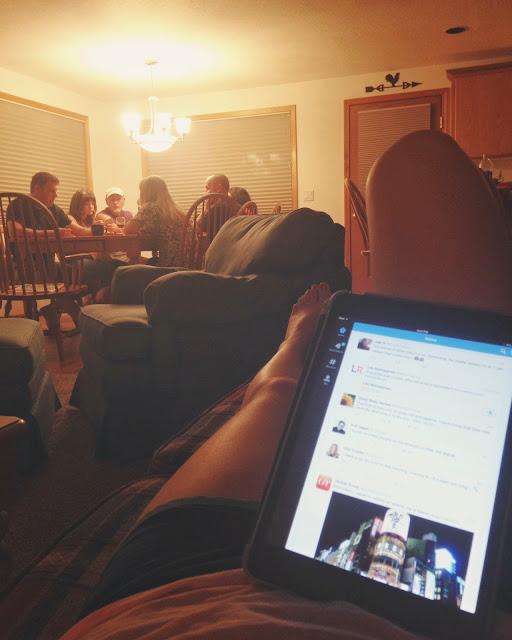