Brittney came home from camp for a few hours, from Saturday to Sunday (yesterday). I wanted to take her to Fat Straw because she is a big fan of bubble tea like me. We ended up staying at Fat Straw and talking for a while about her work at camp and what my summer has been like. We ended up walking up Hawthorne because Brittney wanted to check out some thrift stores, and we went in this beauty shop. Hawthorne was it's usual, interesting, and unique self, which kind of freaked Brittney out a little. It is understandable that someone could be a little aprehensive about wallking Hawthorne when you aren't used to it's culture. It has schleffed off on me, and I am used to the epic-ness of Hawthorne. We drove to the next major street, which is Division, and which is a much calmer and not as "epic" as Hawthorne is. I could tell Brittney felt safer there. 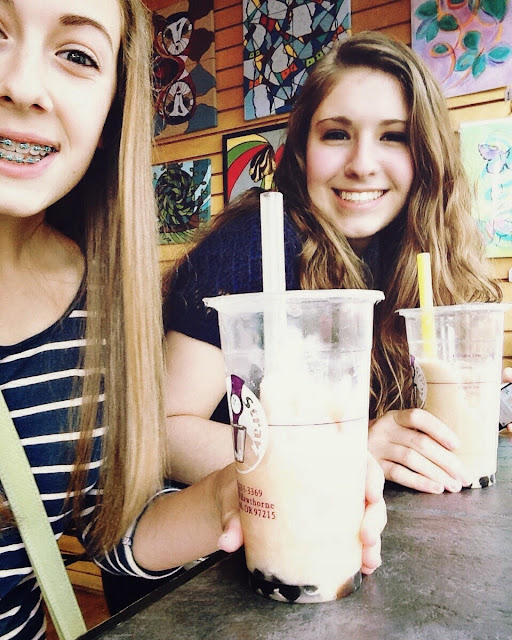 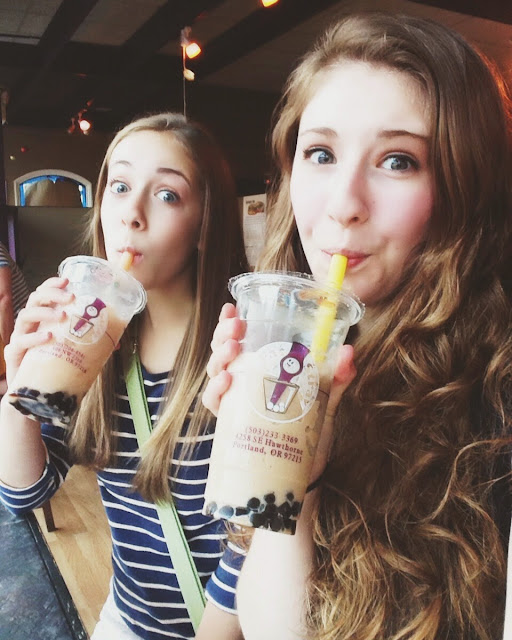 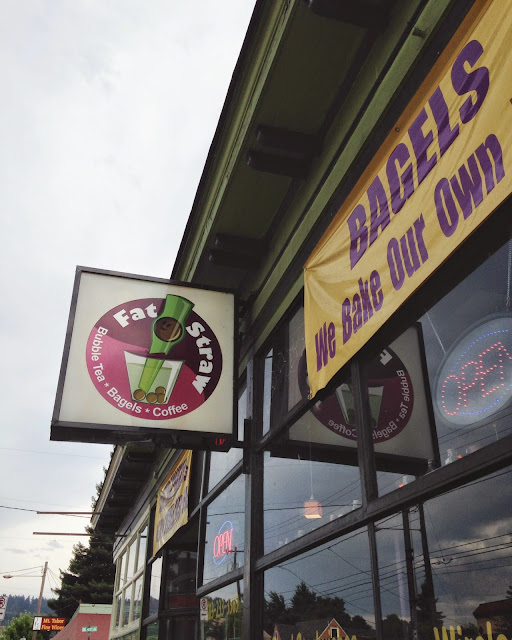 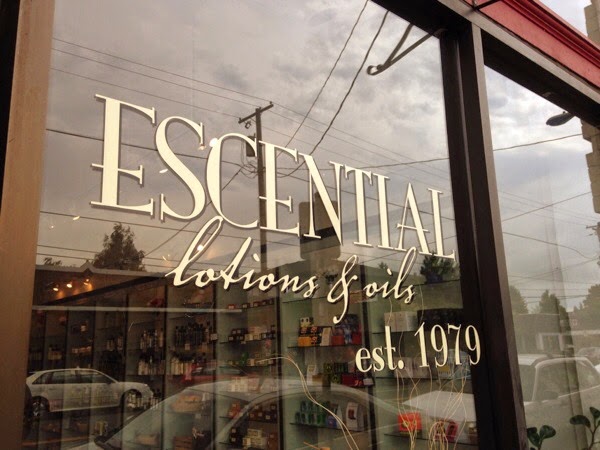 We traveled up Division, and we stopped at a few places before we stopped at Roman Candle Baking Co. I have always passed by Roman Candle Baking Co. and just kind of waved it off, but this time, Brittney and I went in and bought a huge pizza slice for $5! I keep finding these places that have "the best" pizza, and then another "the best" pizza place pops up in my life. I loved, loved, loved the pizza from Roman Candle Baking Co.! What's neat was instead of giving us a pizza cutter to cut the slice in half (which was a huge slice!), they gave us these big scissors to cut it. That is so unique. I washed it down with a bottle of ginger beer. Now, ginger beer is non-alcoholic. It is just a soda, a fancy soda. I don't really like comparing it to ginger ale because they are not the same at all. The ginger in ginger ale is sugared out, ginger ale is very sweet and you can hardly taste the ginger, whereas ginger beer goes KAPOW! It has much less sugar, and much more ginger so it burns. Oh, I love the burn that ginger gives. Fever-Tree has the best ginger beer that I have tasted. 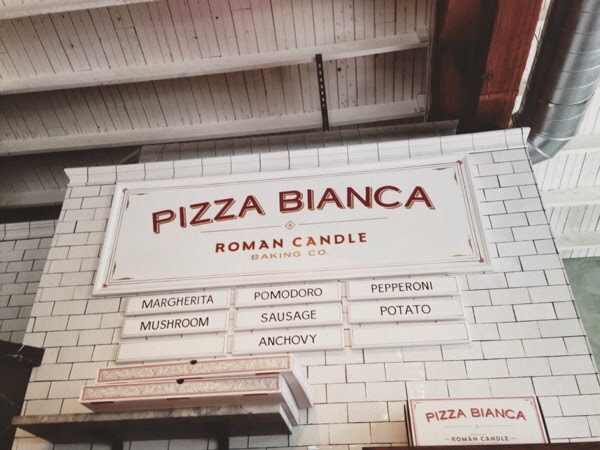 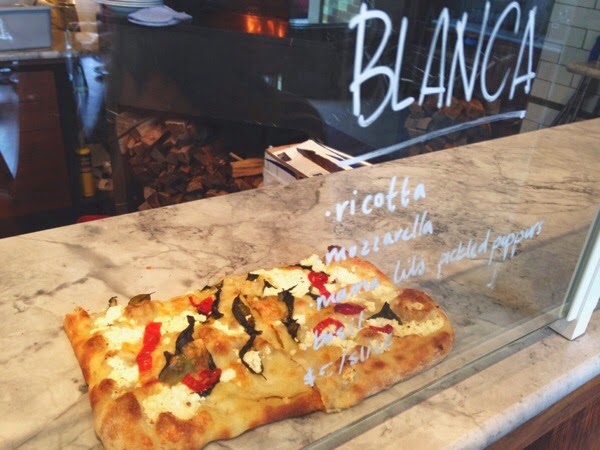 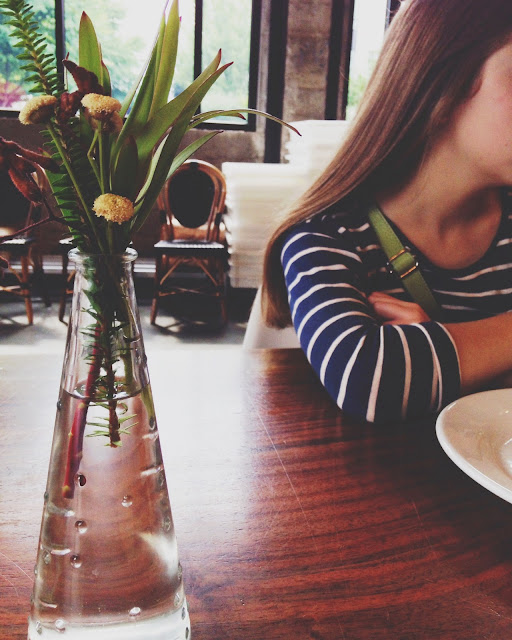 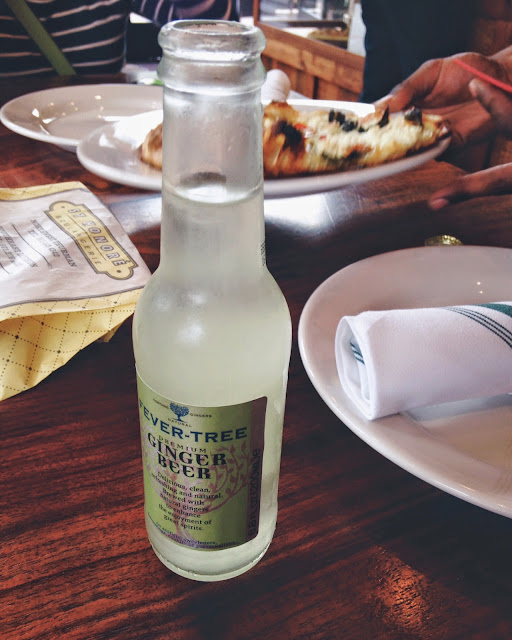 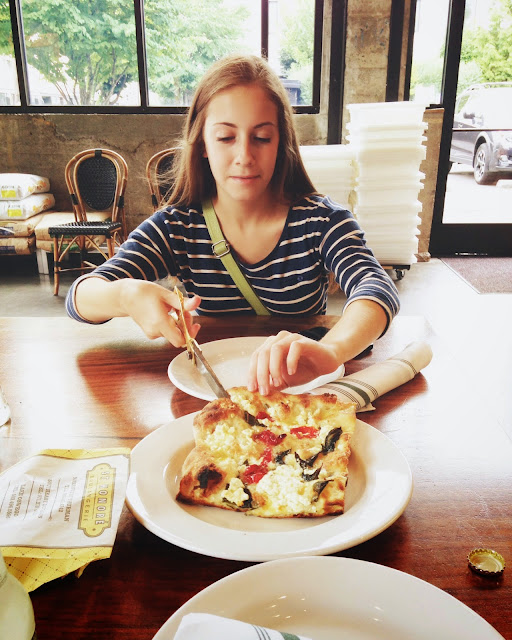 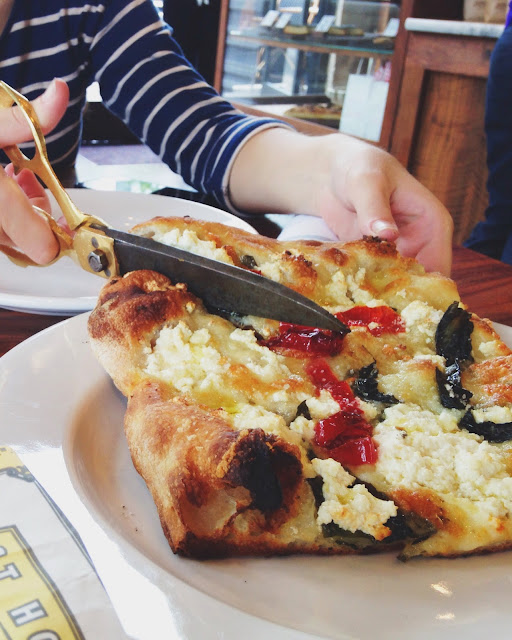 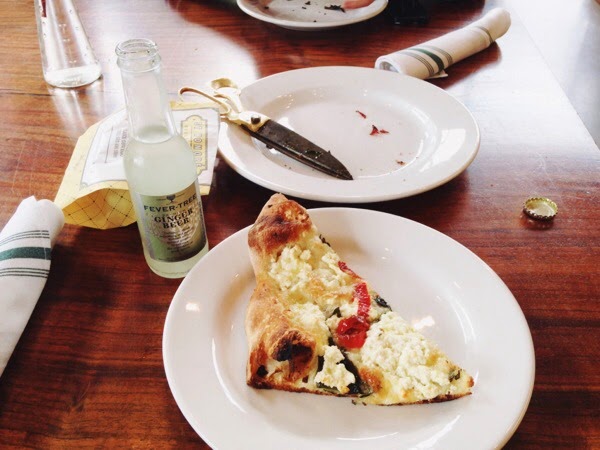 Our late lunch at Roman Candle Baking Co. ended our little sister date. I had to take Brittney home because she had to be back at camp that same day. I really miss my sister, but I am so glad that she is having such a fun time working at camp. Yesterday was such a fun day. I say that about all my days though. :)
Labels: bubble tea PDX pizza Portland