That beautiful, fluffy snow solidified over night due to angry, pelting, freezing rain. We knew it was coming, checking our weather apps on our phones constantly and visiting the local news sites for more weather information. Last night, we saw icicles forming on the cars, hanging from the homes and encasing the bare tree branches, and creating a miniature ice rink on the patio. It was a mess. My dad and I attempted to build an igloo yesterday, but the snow wasn't pack-able. It was much too dry. Today, it was much too icy. Everything had a sheet a glass over it, glazed over. 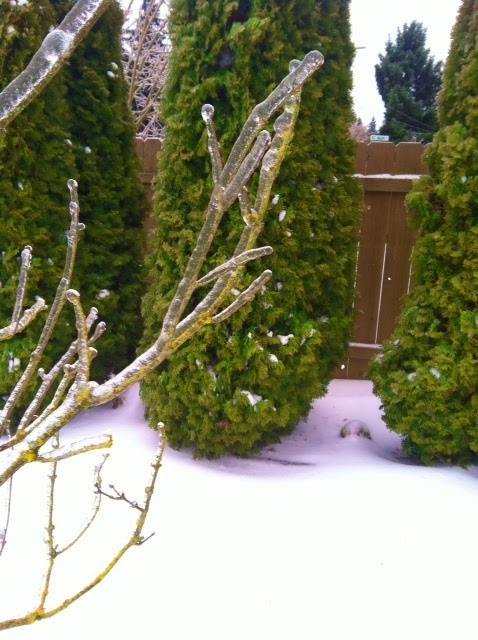 The thing is, I love this weather. I don't like the accidents it causes or the way it can really isolate families and keep them confined to their homes, but I love exploring the back yard, finding all the frozen leaves, or throwing chunks of ice on the frozen pool and seeing it shatter in a million pieces.
I went outside first thing this morning, I almost slid on the ice, but I figured out a way I could get from one end of the yard to the other. It took me about ten minutes to go thirty feet, but at least I was being cautious. I would stomp on the ice, and it would fall in, exposing the snow that lay underneath the ice. 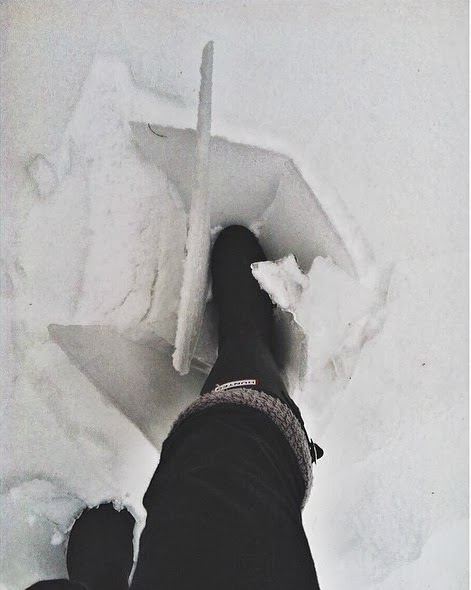 The ice was really deep too, especially in the places where there were snow drifts. It was layer, after layer of ice. 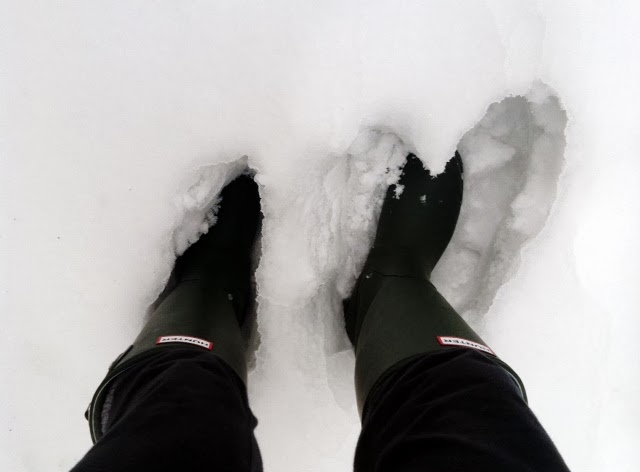 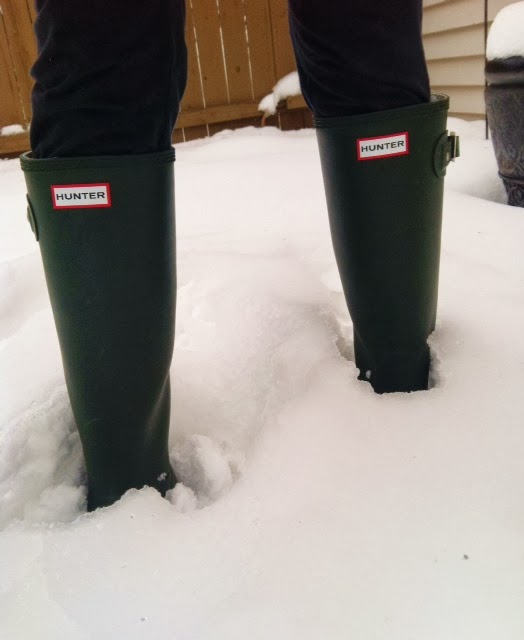 This is the pathway of ice. I stomped into it, and it shattered. 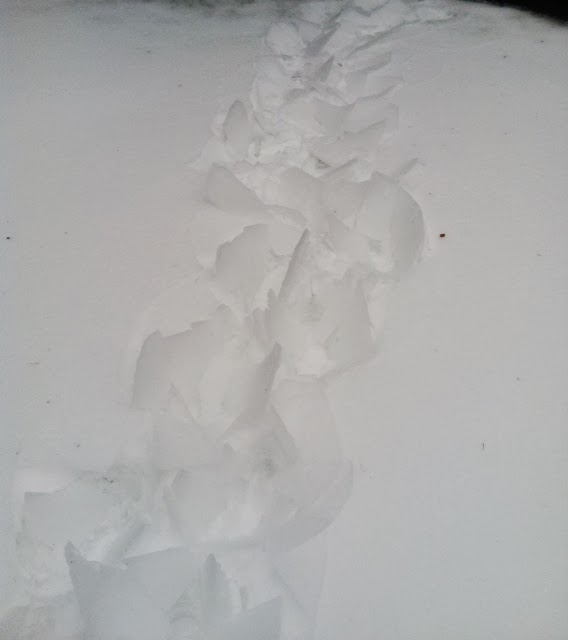 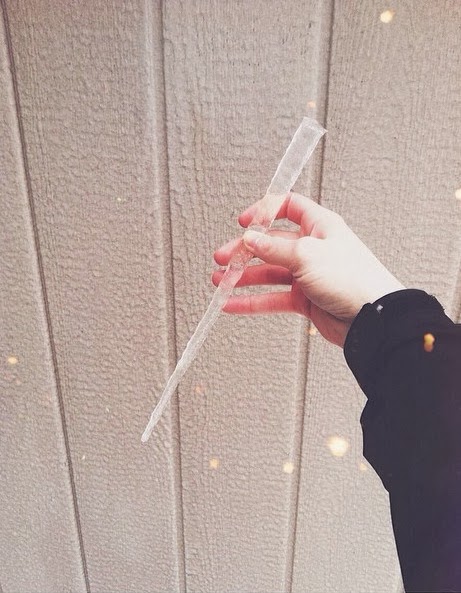 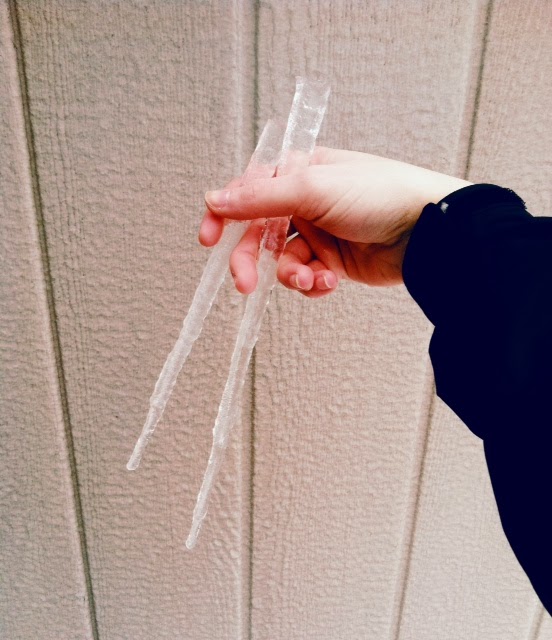 There was a double layer of icicles on the shed. It was crazy!
Of course, later on, my sister came by and brushed her hand along them, making them break off and shatter against the ice beneath.
I am glad I was first out there so I could capture it. 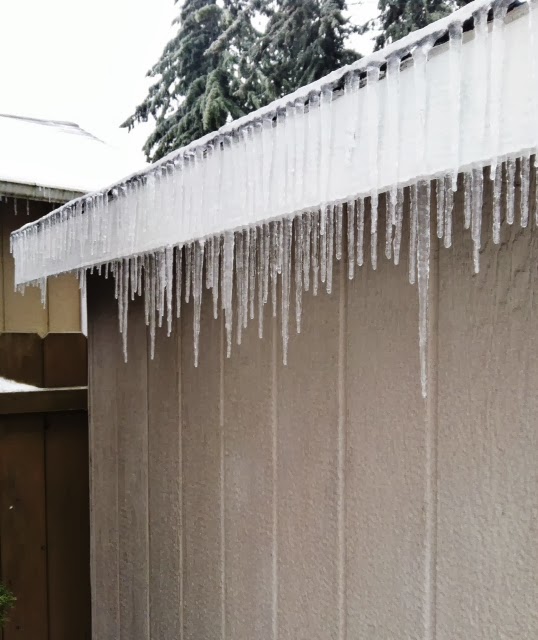 Everything was encased in ice. 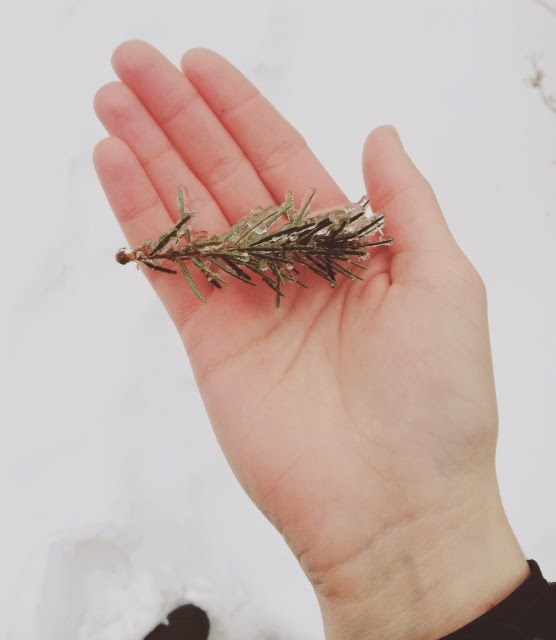 Notice the fence behind is covered in ice. 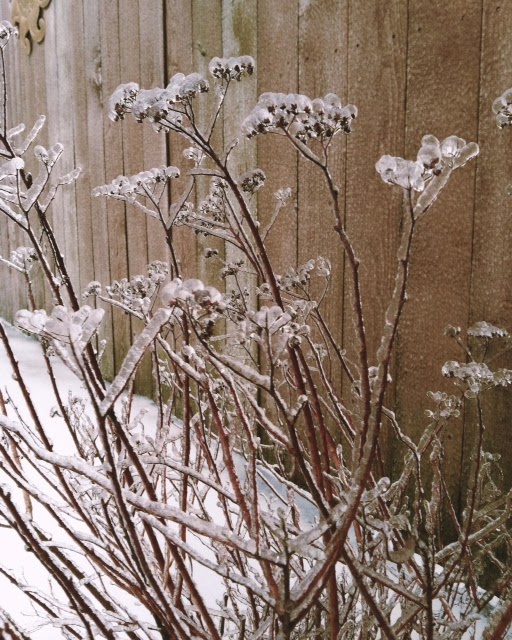 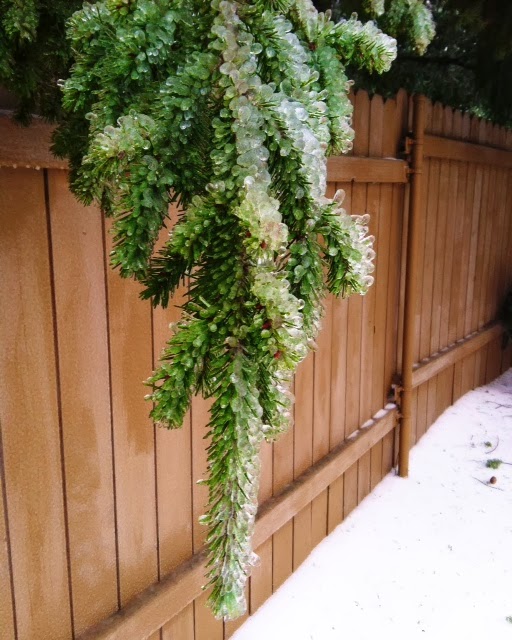 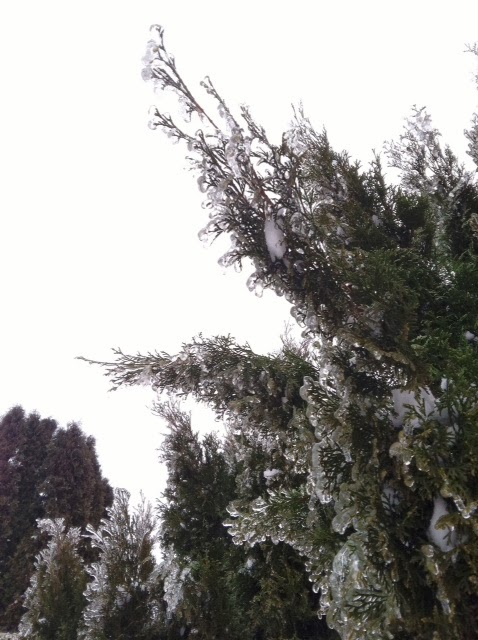 This snow storm turned into an ice storm! It was a doozy! It reminded me a lot of the ice storm that came across the Portland-Metro area in 2008, when I was in 7th grade. I remember it was a week before Christmas break, it was supposed to be the week of the Renaissance Fair, and it would snow, snow, snow, snow, snow. My mom and I would make scones every night, hoping that there would be school the next day and we could serve the scones at the Renaissance fair, but every day it was no such luck. Finally, on a Thursday morning, we had school, we had the Renaissance fair, and we had one class after that for about 12 minutes and then we heard over the intercom that school would be cancelling for the rest of the day and week. For the rest of Christmas break, it was an ice storm. It really was a white, icy Christmas. It was the only Christmas we had to drive 25 miles an hour to my Grandma Biggs's house, we were driving so slow. We were snowed in at a friend's house for a few days. The winter of 2008 was madness.
This is the end of winter, not the middle of winter, and it is still madness.
I broke off sheets of ice from the ground and used them as serving trays for my tea... I wanted to do something creative. 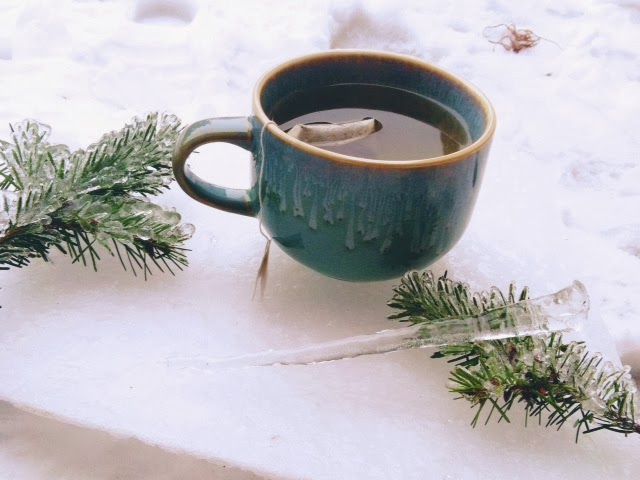 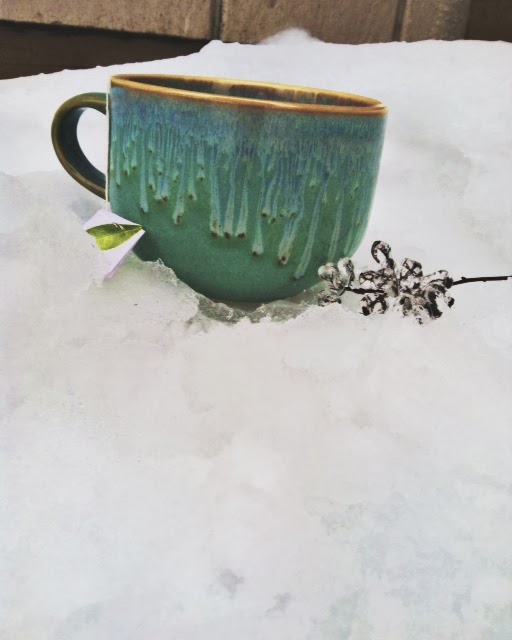 I was staying warm with my tea, and a borrowed turban my sister made, and owned...
I need one of my own. 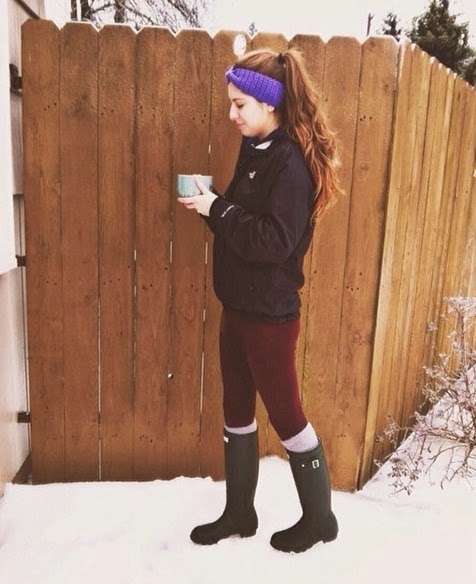 I couldn't believe how big the ice sheets were. You could just pull them up from the ground, and it would come off in a sheet. 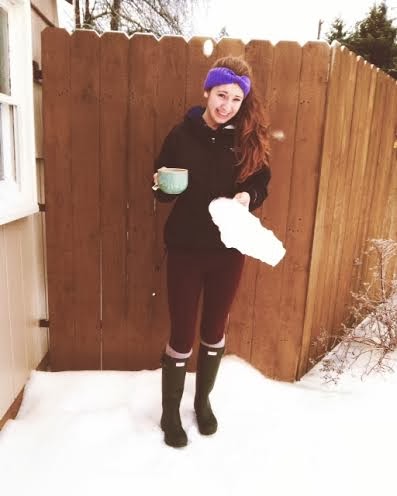 And those sheets would be a half inch to an inch thick. 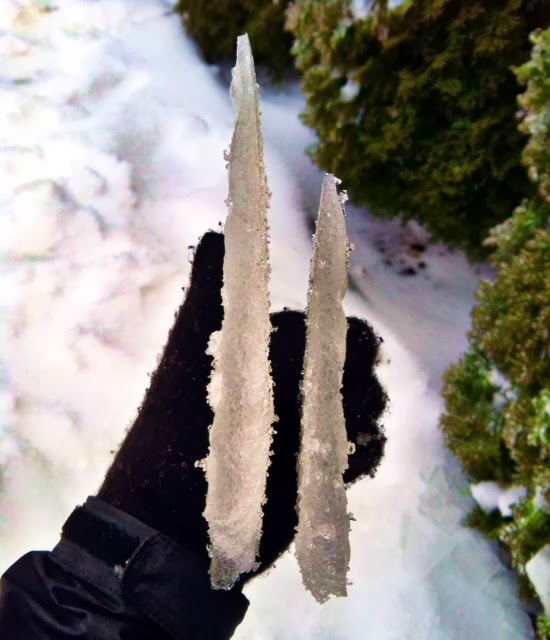 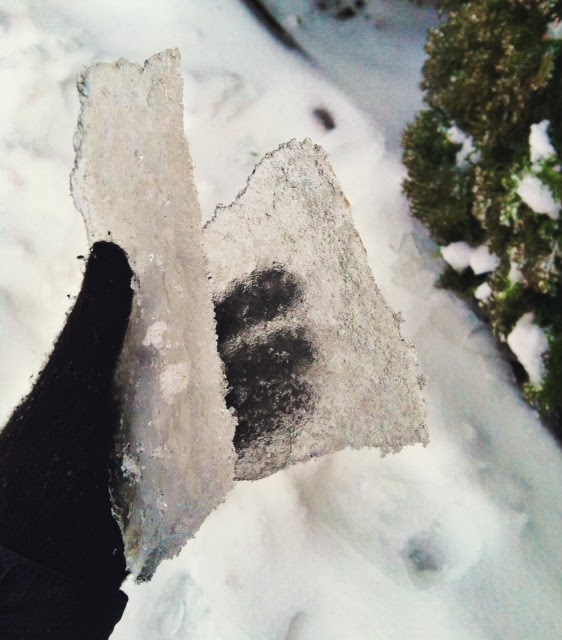 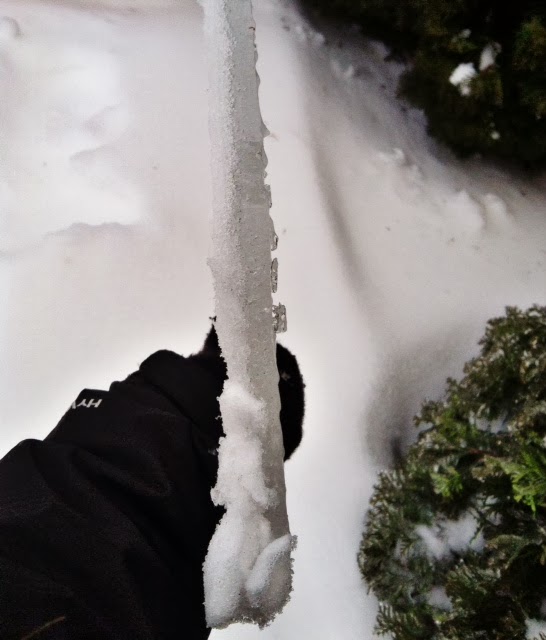 Such a crazy freak storm at the end of winter. I did get my wish though, a day off from school because of snow and now ice. I actually got two days off from school, I don't have school tomorrow! I knew we wouldn't anyway, the road conditions still look pretty treacherous and I wouldn't want to risk it.
I'm sad that the ice is thawing, and the temperature is rising, but it is time to move on. Four days with this kind of weather, four days with being stuck in the house, it has to stop sometime (in order to keep me sane)
A wonderful addition to my senior year. An ice storm.
Labels: February frozen frozen over Hunter Boot style Hunter Boots ice ice storm Snow snow day snow storm