2013 sparkles with memories. I wanted to pinpoint and share which memories meant the most to me, and which memories are too powerful to ever forget. I was looking through my Instagram, and my blog to see what my year gave me. It gave me so much.

The first memory I could never ever forget or let go of, my kitty Punky's passing. Punkin came to live with us when I was seven years old. He was really my sister's cat, but he became part of the family quickly. He had a kidney problem, I guess most cats do. He lived a long life, and I never realized that until last January when his time came. It seems so short because we don't think about cat years. Cats age quickly. We kept him fat and happy, and he kept us laughing while he did silly things. He was wonderful to have around and I will miss him dearly. He is irreplaceable, and it will be interesting when we get a new cat to compare and contrast Punky's personality traits with the new kitty. Oh Punky, I miss you.

Another memory in January that I will never forget, it is actually more of an adventure. I went vegan for the month of January and let me tell you... when you don't know what you are doing, and when you don't have a whole bunch of time to prepare meals and look up vegan recipes, it isn't a whole lot of fun. I will say that I felt great throughout the month of January. I had amazing skin, and my hair was super pretty. I felt healthy, looked healthy, and was eating great! I also made vegan chocolate chip cookies and those were super easy to make, as well as super tasty. But being vegan for a month, that wore me out. That month was tough. I did it, and I might do it again, who knows, but it won't be for a very long time. 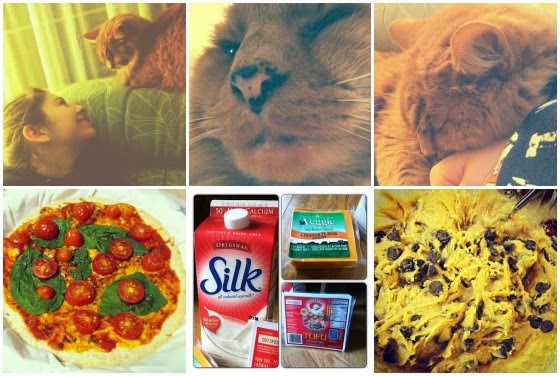 February rolled in, I lost a friend. It was the third time I had been thrown to the curb by this person, and I don't know why I trusted her again. All I can say is her loss... and good riddance. A positive thing occurred after this loss of friendship, I became better friends with a great girl. She is awesome, and I wish I could hang out with her more, but our lives don't match up with free time to spend together. I'm just glad I have her as a friend.

There was Earth Day, and I made globe cupcakes. My cousin Isabelle and I also ate an earth worm and dirt dessert (pudding and crushed up oreos with gummy worms). I turned 17 in 2013. In the Spring, I was told that I was selected to be a Senior Spokes Model for a dear friend's photography business. I had some of my senior pictures taken in Powell's Book Store, one of my favorite Portland hot spots. I also received a letter from the Mt. Hood Community College president, telling me congratulations on making it onto the part-time student honor roll. Through the program I do, CAL (The Center for Advanced Learning), it is through Mt. Hood Community College, and I am considered a part-time college student. I felt that was very impressive for being a junior in high school. Also through CAL, I became CPR and AED certified. CAL is an awesome program. I always speak very highly of it. 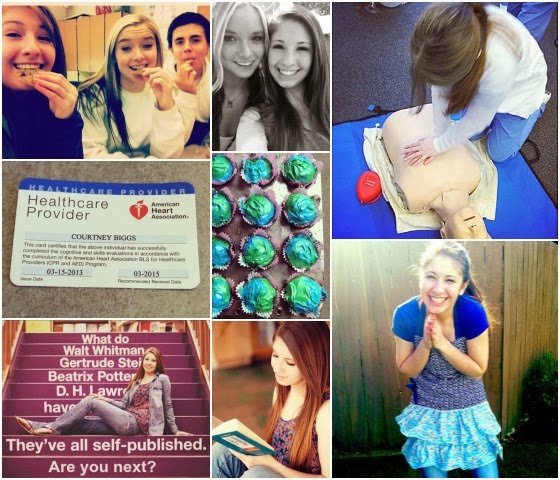 Spring led to Summer. On Father's Day, my mom, my dad and me hiked up to the Twin Lakes near Mt. Hood. I spent 4th of July with one of my best friends. The awesome girl who I became better friends after that friendship loss. Tara. She is so great. We went to Happy Valley and walked around. Looked at all the festivities. It was great to be able to hang out with her that day. Last Summer was such a huge summer. My Grandparents took my sister and I to Yellowstone National Park, it is now one of my favorite places. Everywhere I travel to I love. We drove so close to a buffalo, and came very close to a bear. Buffalo would just be sauntering across the road, not a care in the world. I stood in two states at one time, I stood in Montana and Wyoming at the same time. I also ate the best pizza I ever had in Montana.

The beach trips my family went on in the Summer, and the day trips up to Wahkeena Falls. and camping at the lake. The long drive there in our friend's Chevy Taho. The day I canned pickles with my Grandma Biggs, and my Aunt Aimee's baby shower. I house sat a lot in the ending weeks of Summer. 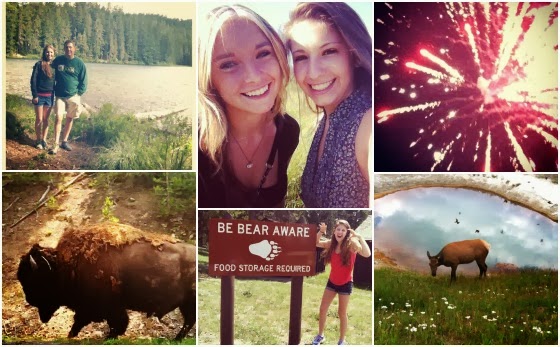 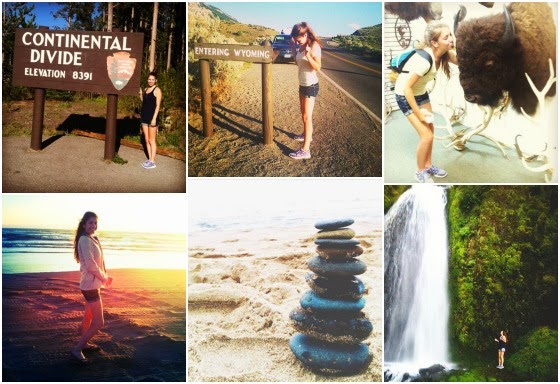 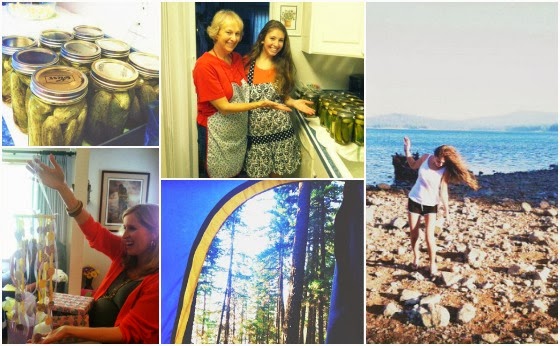 When September rolled around, I became a senior, and when I got home on the very first day of school, we headed to the hospital and my little cousin, Quincy was born. We stayed at the hospital till 11:45! It was so special though, I had nice conversations with some people from my new family. The football games in the fall, and I volunteered at a used book sale for Friends of the Library. In October, I went on a zoo trip with my cousins. They dressed up in Halloween costumes and did a little scavenger hunt. Isabelle attracted a lorakeet and one landed on her arm. She was so excited that a bird landed on her arm. 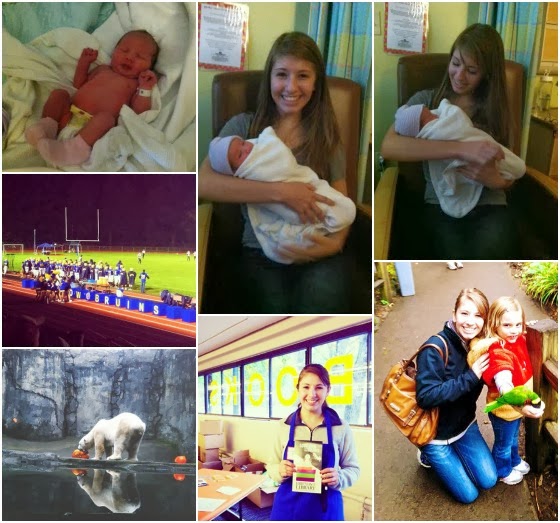 Thanksgiving, and the few days it was super chilly outside. I didn't even want to wake up or get out of my pajamas because it would be so cold. Even with the heat on, it was freezing. I slid on ice down the road from my high school that blustery day. There was one day where it snowed and covered the roads. We had the news on the whole morning while we got ready to go, and there was no sight of a school cancellation. School never closed. Bummer.

Close to Christmastime, there was the cookie bake, and the outing with my Grandma Biggs, and finally Christmas Eve, Christmas Day, and New Years. 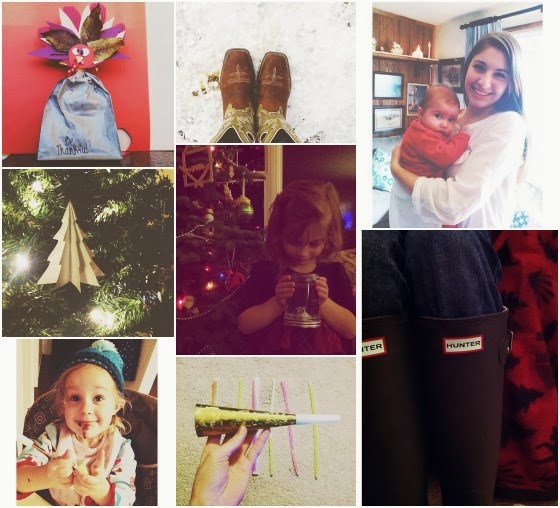 By the looks of it, I had a pretty great year.
I'm looking forward to what this year brings. I am graduating in June, and moving to Florida in August. I am taking my CNA class in July. Those are the big things right now.
2014 is going to be an even bigger year.
Happy New Year everyone.
Labels: 2013 Christmas 2013 friends grandma biggs Happy New Year Isabelle Last Year Look Back Oregon Zoo Punky Quincy Raelyn Yellow Stone National Park