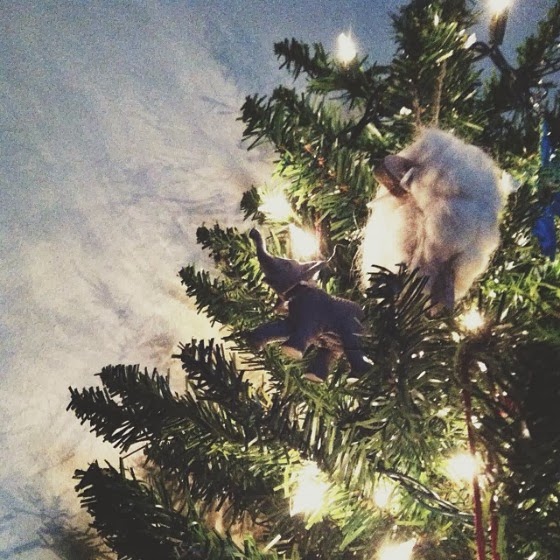 A foggy Christmas Eve we had in the Portland Metro area. I spent most of the day baking, and rapidly wrapping Christmas presents at the last minute. The monkey bread I made was delicious, and the gift wrapping doesn't really matter because it will be tossed to the side once the present is revealed.
It was the second Christmas Eve we had at my Aunt Shawna's house. Over the years, we have had this tradition of going over to my Great-Grandparent's house for Christmas Eve. Since my Great-Grandpa had to leave his home, we haven't had Christmas Eve there for a couple of years, but a new tradition of going to my Aunt's house is just as fun.

My Uncle Rob made his famous ribs for dinner. They are one of my favorite things to eat. Toward the end of the meal, I lost my appetite because my family was talking about that movie, Fried Green Tomatoes, where they prepare the dead body into ribs. I didn't want to eat after that. I knew I was not eating a human being, but the thought of it made me sick.
Besides the ribs, we had a buffet of food. I made monkey bread, there was fudge, fruit, chips and salsa, those Cutie clementines. It was mostly healthy. I was a little disappointed in my baking skills when my cousin, Isabelle told me she didn't like the monkey bread. Maybe I added too much cinnamon and sugar. Oh well. 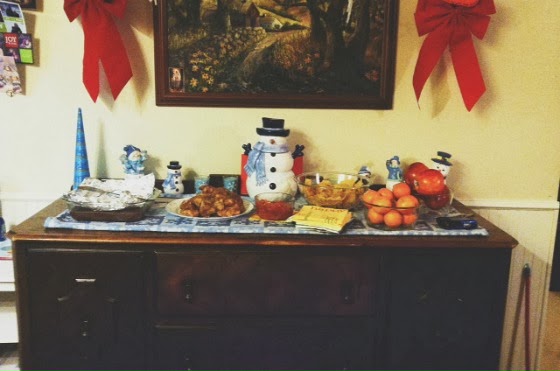 While we were opening presents, we had Elf, the movie going. Isabelle and Raelyn received a bunch of presents, and Raelyn received a Bitty Baby from American Girl. All four of the Grandchildren (all of which are girls) have a Bitty Baby.
Isabelle wanted a doll called La-La-Loopsy, she got a La-La-Loopsy doll, and a neat guitar. Raelyn got a microphone that sings. They had so many presents.
I got one, but that is because mine was expensive. As you get older, you don't really want a whole bunch of things, your tastes change. I wanted forest green Hunter boots, and that's what I got.
Brittney got money. That's all she ever wants now a days. I received money too, and some socks.
Being with my family was the best Christmas present though. 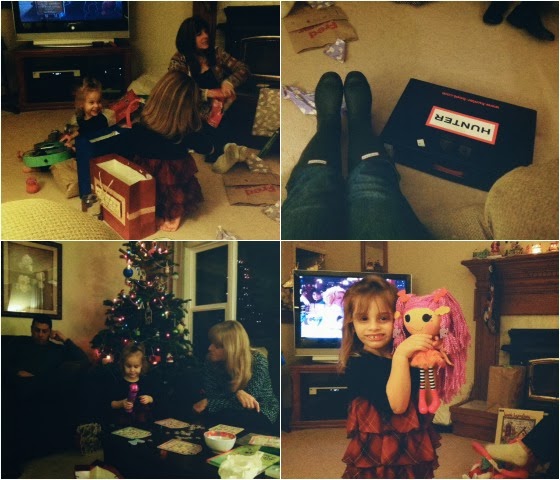 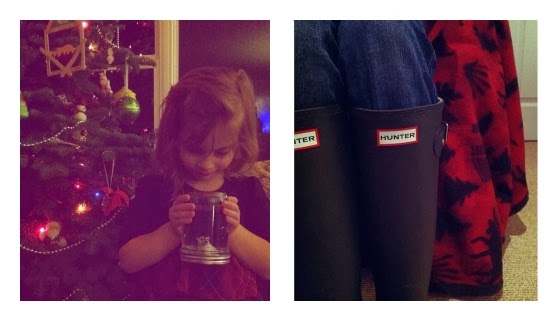 I gave Isabelle & Raelyn each a homemade snow globe, M&Ms, Koolaid Play Dough in their favorite color, little activity books, little animal figurines, and a 3D tree ornament that I also used as the card. Isabelle wanted to play with the play dough after we opened presents. We made snow men, and little 2D houses, I taught her how to roll play dough balls perfectly. Raelyn received this coloring book and markers, the markers have clear ink, but when you color on this special paper, the color shows up! After play dough, Brittney, Isabelle, and Raelyn played with that... notice Isabelle laying on the table. They make me laugh.
We also watched the Santa Clause movies, and the girls played a game called Break The Ice. It was just a game they had in their game closet and I set it up for them .

Once the presents were over, we watched all the Santa Clause movies. My Aunt Shawna, my mom, my dad, my Grandma, and my sister all played Taboo. My Grandpa, Isabelle, Raelyn and me watched the Santa Clause movies.
What is Christmas Eve without hot chocolate? My Aunt and I remembered about the hot chocolate we were going to make, and I whipped up a batch of hot chocolate. It was delectable! I put the works in my mug, I put a candy cane in there, whip cream, and chocolate chips.
Just add for instant coziness. 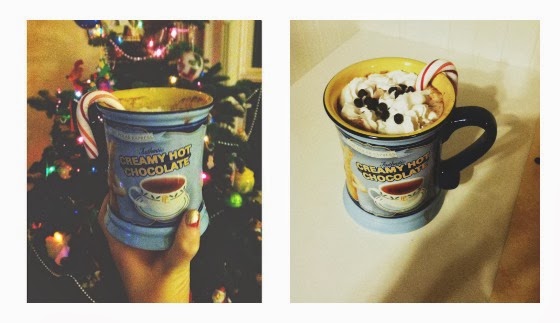 As I kept hearing the roaring laughter that the game brought on, I wanted to laugh like that too. I ended up joining the last round of Taboo with the rest of my family. We didn't laugh as hard though. That's okay.
It was a very Merry Christmas. When you spend it with the people you care about, it is always Merry.
Labels: Christmas Christmas Eve family food Gifts hot chocolate Hunter Boots Isabelle Raelyn