For the brownies: Melt the butter in the microwave or in a sauce pan over the stove. Pour the butter into a mixing bowl, and add the cocoa. Beat with a hand-held mixer or paddle mixer until combined. Add in the flour and sugar, mix together. Add in the milk while mixing the the flour and sugar in with the butter-cocoa mixture, (the milk gives it more consistency because you might notice that the flour and sugar makes the mixture more powdery. just add in some milk to make it easier). Next, add in the vanilla and eggs, beat together but do not over stir! In a greased and floured 9x13 pan, pour the brownie batter in the pan and spread around with a spatula. Bake at 350 degrees for 25 to 35 minutes.
Collage form: 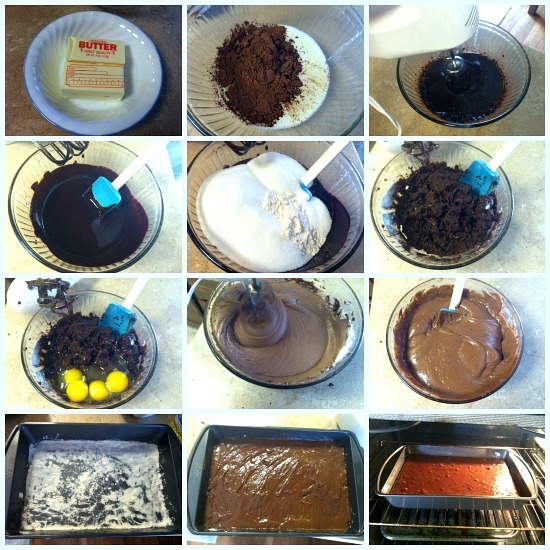 For the frosting: Combine all the ingredients together in a bowl and mix with a hand held mixer or paddle mixer. Frost the brownies ten minutes after the brownies are taken from the oven. Use a spatula to spread the frosting on the brownies. 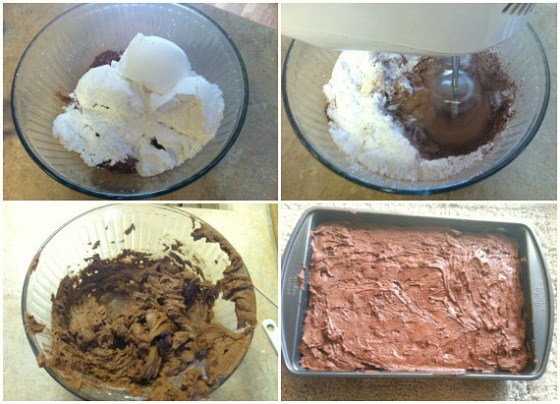 And here they are! Beautiful in structure, rich in taste (a wee bit bland), but a really good, frosted, Lunch Lady brownies! 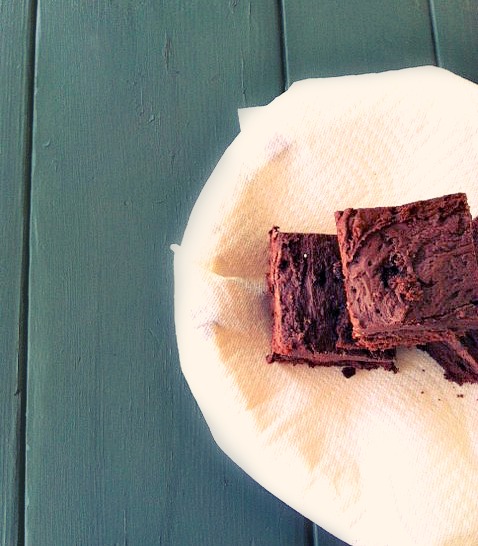 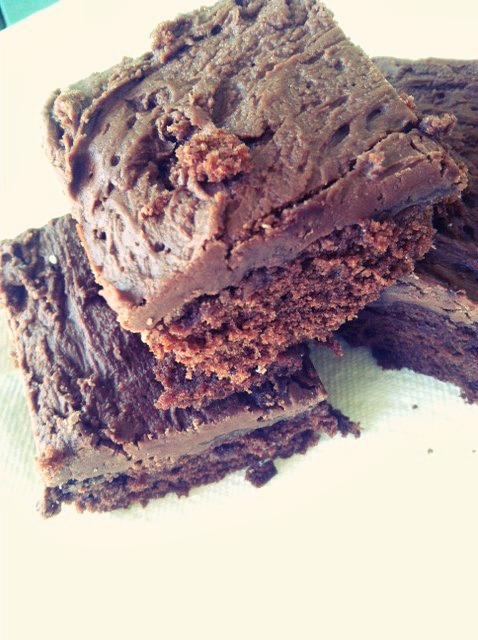 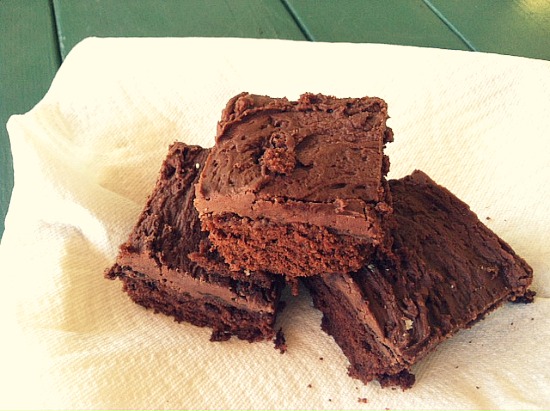 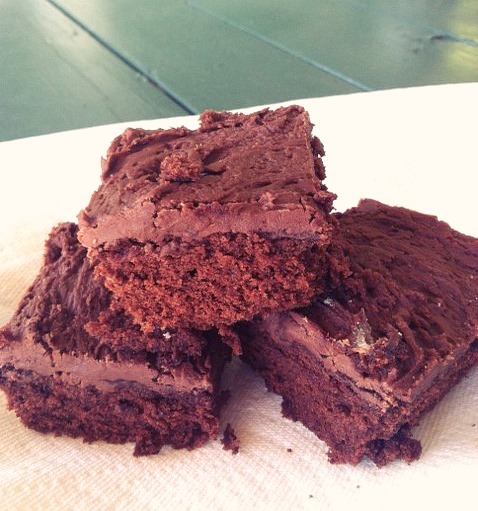 I am going to keep tinkering with this recipe because I want to perfect it! I want equal parts chocolate, I want the brownies to have the perfect chocolaty taste and keep their structure. I am really pleased with this recipe because every time I try to make brownies from scratch, they always end up sinking in the middle due to not being done. I end up burning the edges of the brownies, and having the middle still be gooey, but these brownies were perfect in the baking process.
Labels: 350 baking Baking baking recipe brownie recipe Brownies chocolate chocolate recipes desserts easy baking from scratch homemade Lunch Lady Brownies recipe scratch simple baking