Concert Night in the Park with Grandma

For a while now, I have been wanting to go a concert in the park with my Grandma Biggs. A few days ago, she called me and told me about a free concert that was taking place on Monday night in Gresham. I was so excited, I told her I would be delighted to go! So, last night we drove out to Gresham Center for the Arts Plaza park and we watched a free, jazz concert. I made a special treat, Lunch Lady Brownies  (for the recipe) and we went to Safeway and bought deli sandwiches. 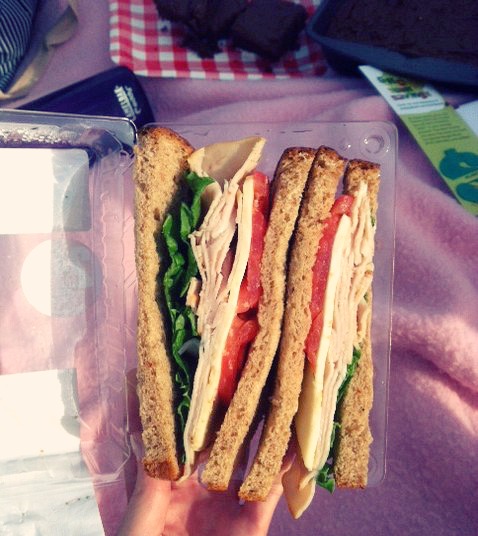 The sandwiches were pretty darn good.
Grandma brought chips, and I brought the brownies. We had a nice, little dinner and enjoyed the evening.
We listened to the band, and played Crazy Eights. We watched tons of planes fly over head, it was crazy how many planes were flying that night. 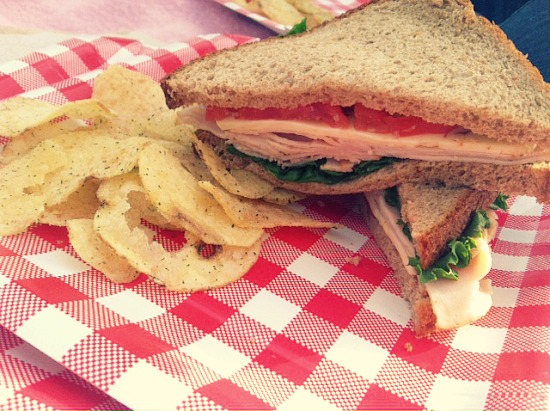 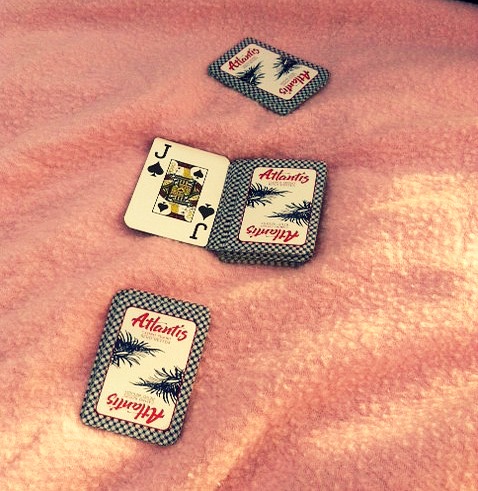 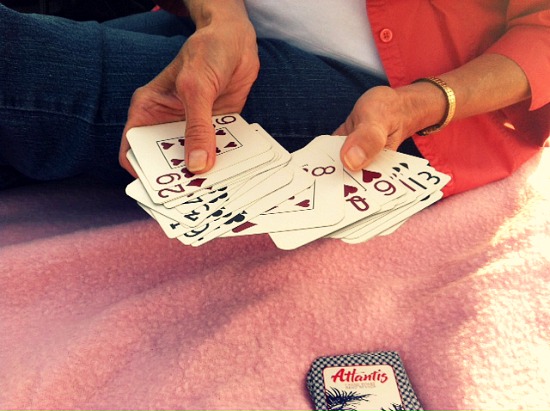 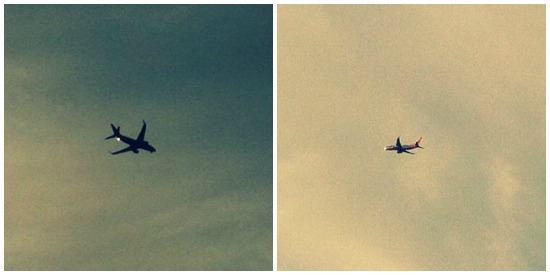 The band was wonderful to listen to. You can't beat a free concert in the park! It was a lovely evening to have the concert too, not too hot, not too cold, not raining, just the right amount of warmth. It really was lovely. There was a nice woman with her grandson who was sitting on a blanket next to ours, and I asked her if she would take a picture of my grandma and I. She said yes, and took a lovely photo, and in thanks to her kindness, I gave her small plate of my brownies I made. She was so excited about them, and it made me feel good to make someone's day. 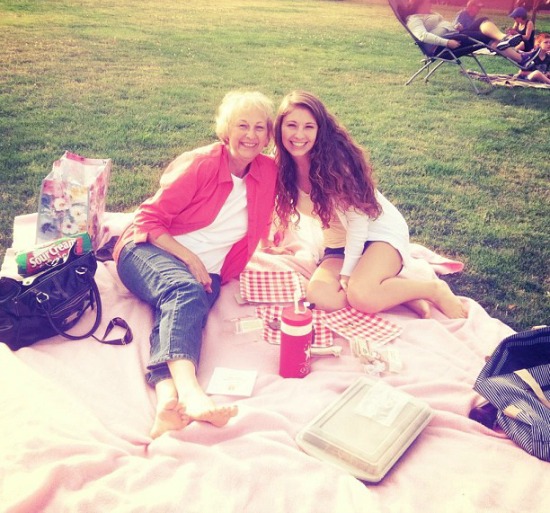 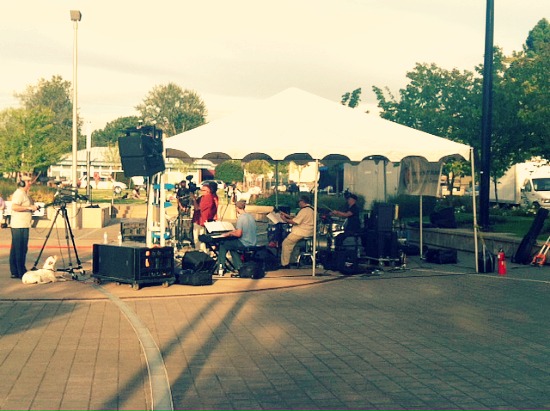 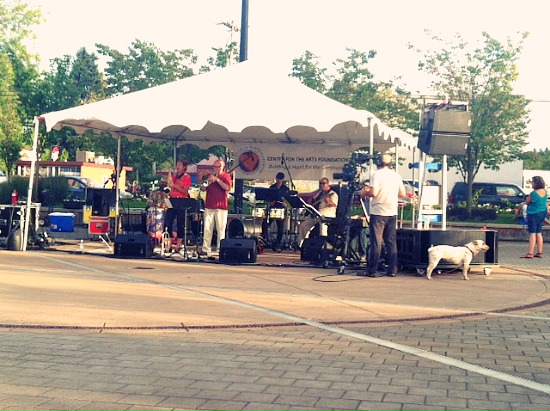 When we first arrived at the park, there weren't many people at the park, just a few blankets laid out on the grass, and a few groupings of people. Later, when it was around the time for the concert to start, more and more people arrived, it was quite a turn out! 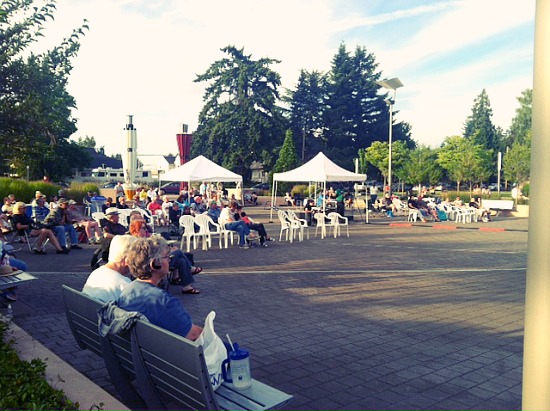 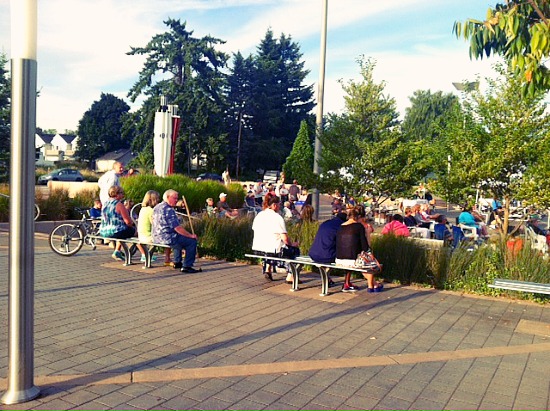 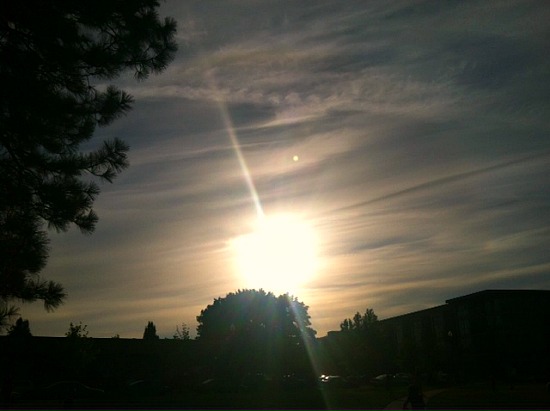 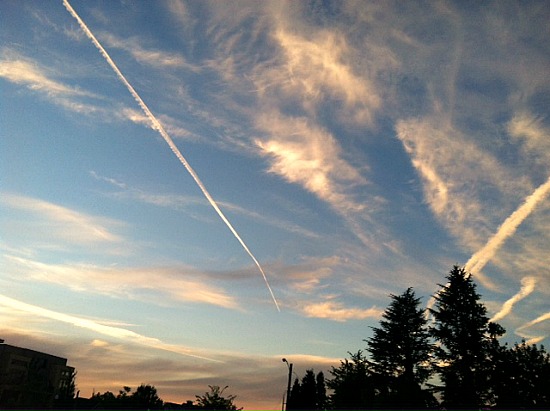 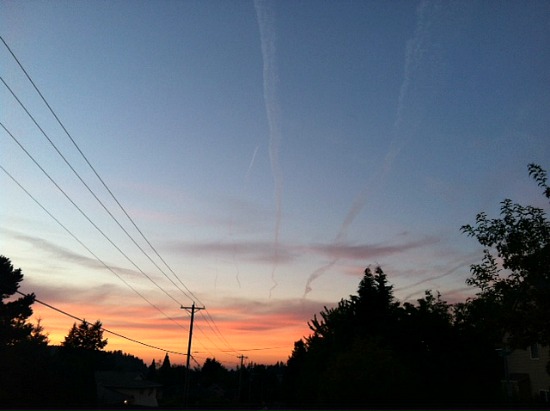 After the concert ended, we headed back to my Grandma's house. She was showing me all her latest projects, and I chatted with my Grandpa for a little while. My Grandma brought out her old dresses that she would wear to a dance or some formal occasion, and they were so pretty. I took a picture of my favorite one, this one I would actually wear! There was another one I would actually wear too, to some formal dinner or to a Christmas party. They were beautiful. This one was my favorite though. 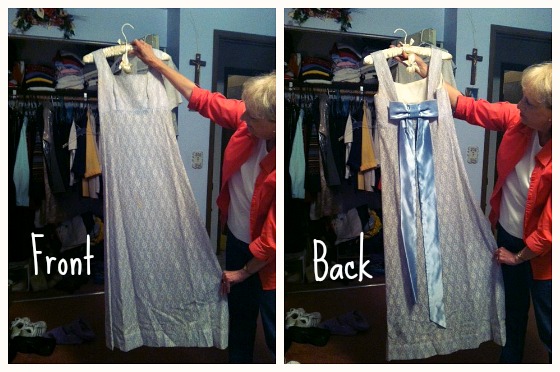 We went back to her project room, and we started looking at photos of her travels, and photos of her and her friends. I told her that we needed a whole day to look through all her pictures, but I do want to look through all her pictures. She has tons of pictures!
She brought out a beautiful photo album and said that this was her photo album of me.
There were pictures of my mom's baby showers when I was still "baking", and photos of my nursery (my mother is a Pooh Bear fanatic, so of course my nursery was Pooh Bear.), photos of me on the day I was born, and my first Christmas. It was a sweet album. I snapped some pictures of the pictures that I liked.
One of me as a baby and one of my dad cuddling with me on the couch. 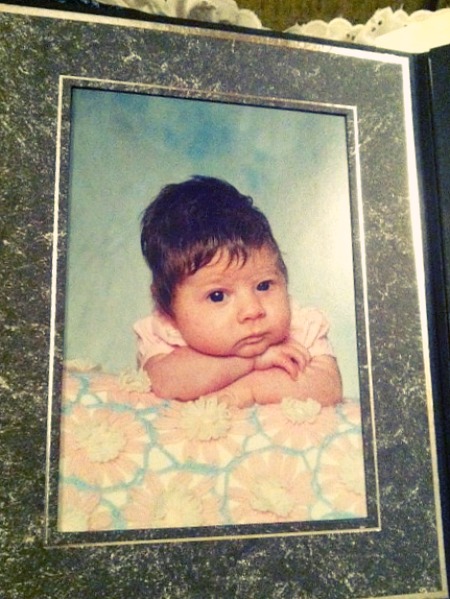 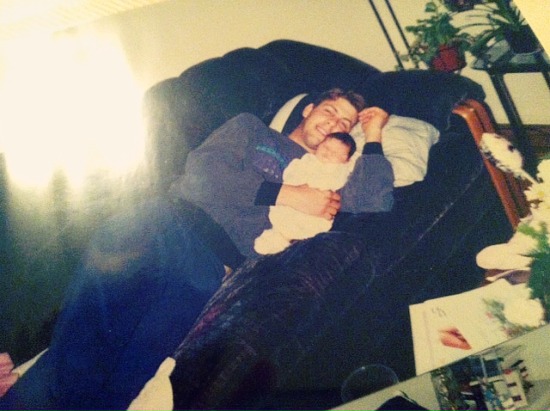 The night came to a close, and we said our goodbyes and I drove back home. Whenever I spend time with my grandma, I always have a load of fun. Next weekend, we are going to a symphony in the park! I am really excited about that. We first have a baby shower to go to (my Aunt Aimee's) and then we are going to a symphony in the park, a different park than from last night. I am really excited!
Labels: baby pictures card games clouds concert concert in the park family grandma biggs Gresham jazz Lunch Lady Brownies park pictures Safeway sandwich Vintage