As most of my readers know, I am infatuated with vegan food. I like vegan food, and I like to make vegan food. I could never be completely vegan, just a days without meat, or a couple days without meat is actually healthy. I have been wanting to make this for some time. An easy, tasty vegan meal. I love carrots, and I love garlic, so I decided on a recipe I found on Pinterest from the blog  Mind Body Green . The soup turned out amazing! 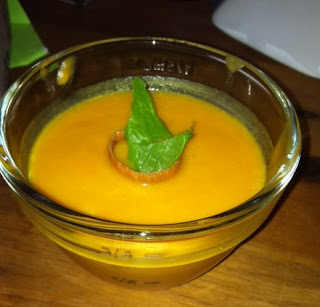 What you will need:
~12 Whole carrots (not baby carrots)
~1 Onion (or 2, depending on your taste buds)
~4 garlic cloves (or 3, again ^^^)
~1 tablespoon of ground ginger
~4-6 cups of vegetable broth
~2-3 cups of water
~2 tablespoons of oil
First, gather all the ingredients...
I like to gather my ingredients and take pictures of them... for blogging purposes. I'm such a weirdo. 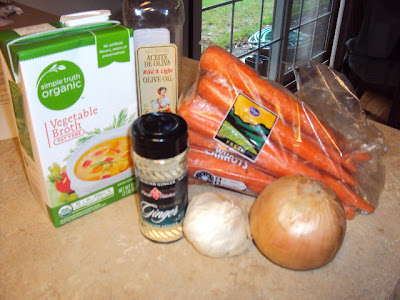 Of course I always grab up organic ingredients... I always look for this symbol: 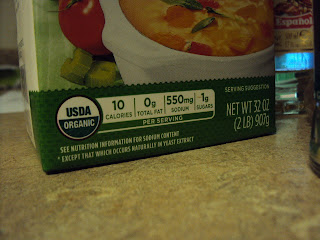 So, first of all for the soup. Cut up the carrot, onion and garlic. While I cutting up the veggies, I was so worried I would chop my fingers off. I did the chef trick, where I curl my fingers in so I won't cut them. It was a big knife, and even with the trick, I was still a little nervous. My hand got a cramp from cutting up the carrots. 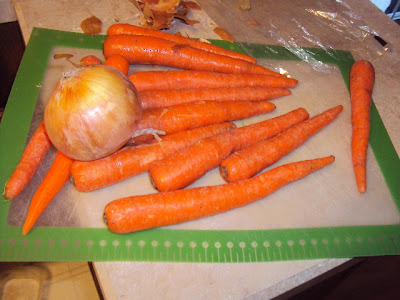 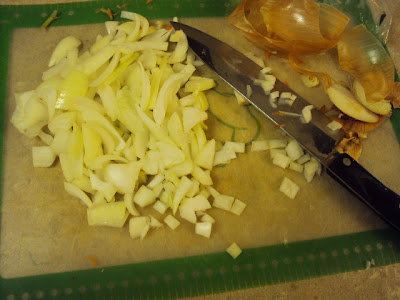 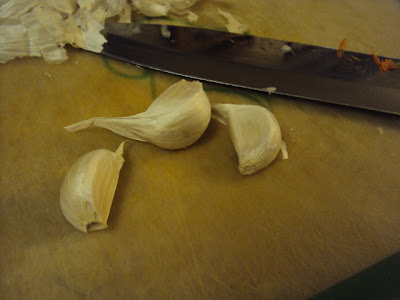 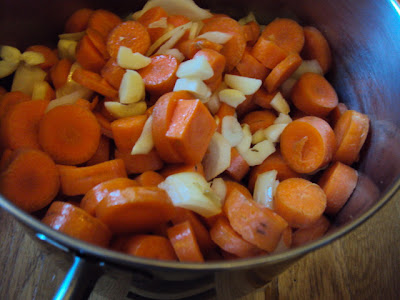 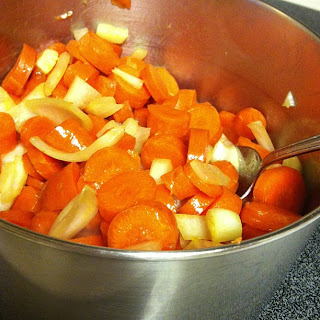 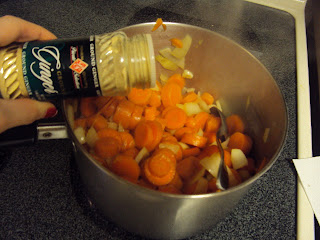 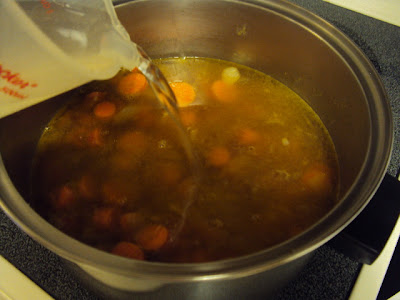 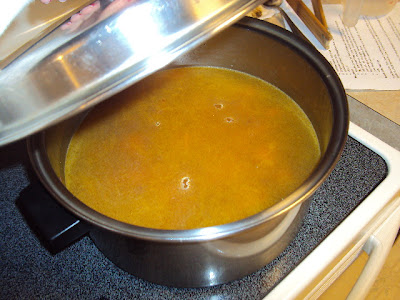 So during those 30 minutes, I cleaned up the kitchen. I cannot cook or bake in a messy kitchen. And the kitchen has to be empty. I can't concentrate if there are other people in the kitchen. I am picky, and rude when it comes to baking and cooking, but they thank me later when I feed them. :)
So after thirty minutes, you want to puree the soup. You can either do it in the pot directly, or spoon some into a food processor or blender and puree it there. I did it 'section' by 'section'. I tried to puree it directly in the pot, but it splattered and some landed on my forearm, and I burnt myself. Mildly, not terribly burned.
I pureed it, and it took some time, since I had to do it by 'section'. I think it was better that way. Added texture to the soup and I didn't overly puree it.
It turned out amazing!
I took some carrot peel, and some garnish to decorate it a little. 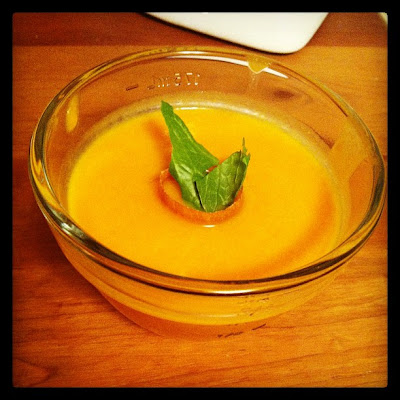 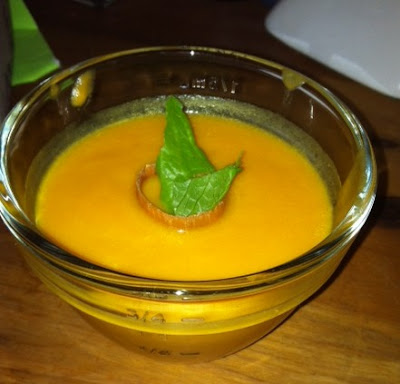 My whole family likes it! So, it must be good!
I love it too! I think it is scrumptious. I love vegan meals.
The soup was actually really easy to make, just took a lot of steps.
It tastes delicious!
Labels: carrot soup cooking with garlic cooking with ginger garlic ginger Mind Body Green pinterest raw raw recipe recipe simple cooking vegan vegan cooking vegan recipe