The reason why this craft is named after my 5 year old cousin, Isabelle is because I designed this craft just for her. I wanted it to be simple, cute, re-usable and green. It's all of those! Yesterday morning, I was searching through pinterest, trying to figure out what craft to make with Isabelle. I always like to do crafts with my little cousins, or for them. I have a craft award on my blog, and I have to keep that award. ha. So, at first I found these egg carton lady bugs. They were made out of the bottom of an egg carton. Then I found a turkey made out of a lolly pop and a leaf glued to the back of it to be a feather. I mashed those ideas together and made a cute turkey! 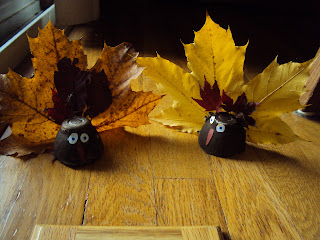 First, gather your leaves. I just went outside, gathered a bunch of bigger leaves, and rinsed them off when I went back inside. 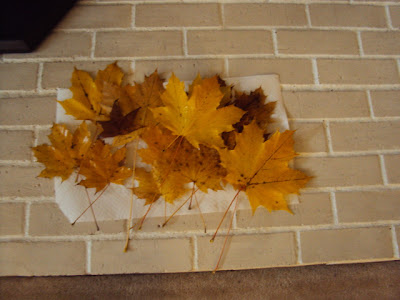 Next, I take an empty egg carton, and cut off the bottom. We have an egg carton that holds 18, and half the eggs were still in the egg carton, so I just cut half of it. 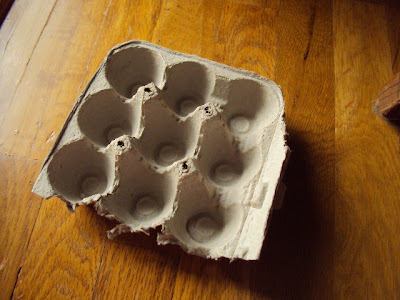 Now, cut the egg carton apart, the divots are your guideline. Cut around them so they all turn out like this. 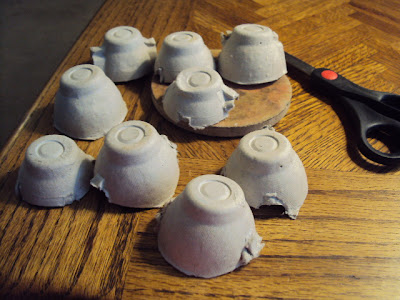 I painted mine brown, you don't have to. I wasn't going to originally, but it does add to the cuteness factor. 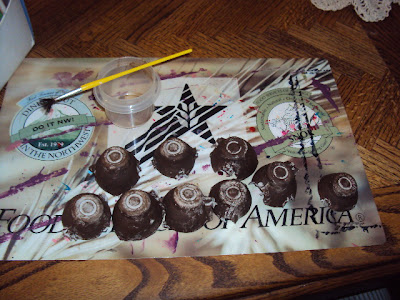 After I painted the egg cartons, I cut out some eyes and some beaks. I put a blue dot in the middle of the eye cut outs to make them look like eyes. I really wish we had googly eyes. I think next thanksgiving, I will make another turkey craft, or something similar, something completely different, but I am going to use googly eyes. 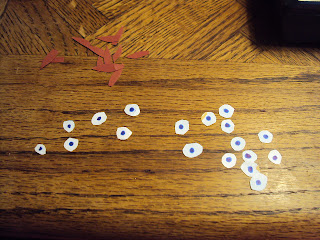 Once Isabelle arrived, we started making the turkey craft right away. This is how to do it.
First, have the child you are helping pick out a leaf to use for the feather part of the turkey. 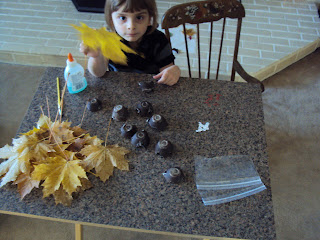 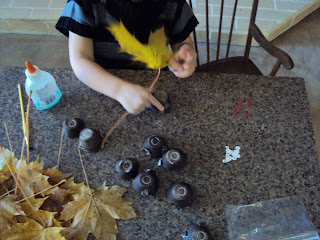 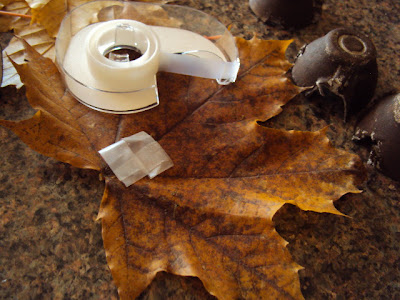 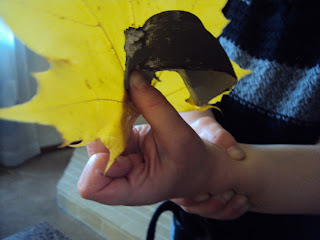 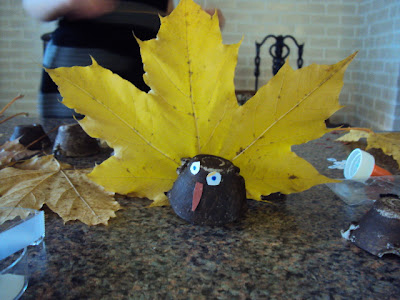 Next, take the little tiny warm colored leaves, and stick them between the egg carton and the leaf. You don't have to do this part, but it adds a little more character and charm to the turkey, not to mention a little more color. 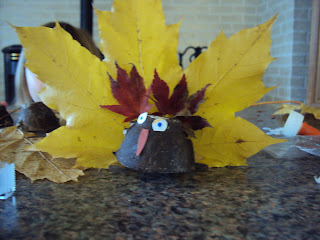 We ended up making two turkeys, and they both turned out really cute. 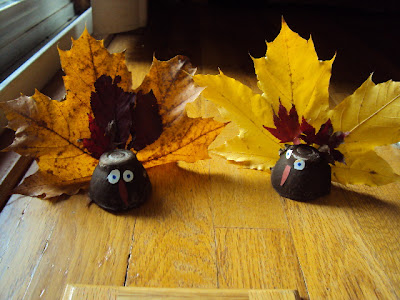