I haven't gotten together with Kenzie in a really long time! It was really nice and super fun! I love that girl! We talked over some stuff and had a blast. My mom let me use her car to drive there. I drove to Kenzie's house all on my own and at first, I was just a little nervous, and then I just think about all the times that I have driven, and just to remember all the things. To always look and be aware. I drove there just fine! When I got there... I locked the keys in the car. Luckily, my dad came over today and gave me the spare keys and unlocked it for me and I drove home. Anyway, Kenzie and I had a great time! We first started out with just talking and catching up. Talking about life and things. Then we moved onto making the chocolate pie! There will be a post about that later. As a recipe post! It's super easy and only takes three ingredients. The post will be up after this one!

This is Kenzie licking the bowl. I got the spatula and she got the bowl. They both had the same equivalent of filling on it. SO YUMMY! 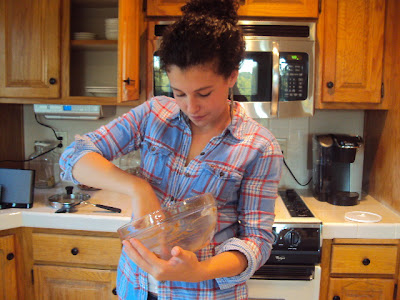 And this us after the pie was all done! :)
I look so weird. I seriously need to get a new camera. It was also the flash and the way it was angled. It is still cute! ha. 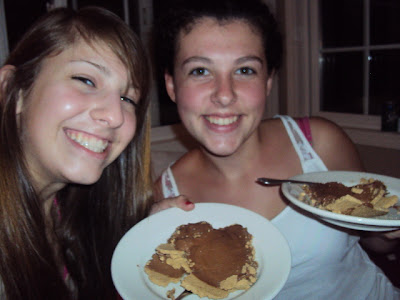 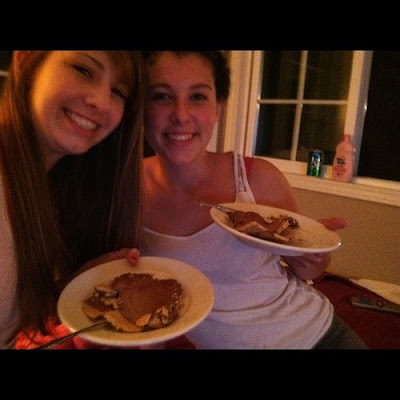 The pie was so yummy, the crust was a little crumbly, but it was still great! We then had garlic bread stick thing for dinner. It was delicious. This is a tradition with us! We always have a garlic pizza something bread stick thing. ha. They are so delicious! We ate that and watched romantic comedies. Some times those can be cheesy, a little racy, but they always turn out with happy or good sappy endings and you are glad you watched it. :) 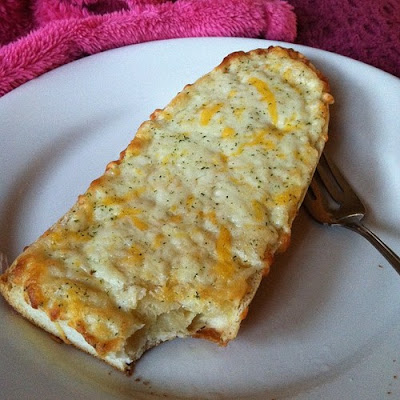 I didn't end up going to sleep until around 2:00. I woke up at 5:00 and watched the quick sunrise. I snapped a couple pictures and it was great! It was so pretty! I loved it. We slept with the window open, and it wasn't cold, the fresh air smelled so good. I loved watching the sunrise. After the sunrise, I went back to bed. I had probably 6 hours of sleep. It was good. :) 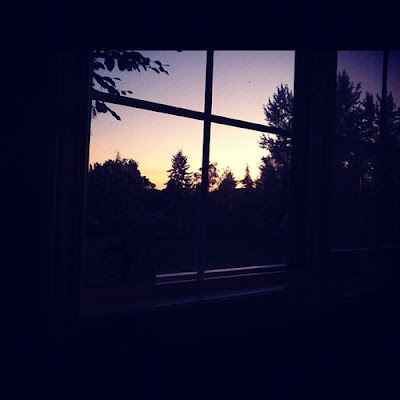 When we woke up, we talked a little more and played with the kitty. She has a new baby kitten and he is just the darn cutest thing! So cute! He attacks though. He jumped and pounced on my arm. It was great. The cat is so funny! When he was going crazy, she would pick him up by the skin on his neck, you know how the mother picks them up by skin on the back of their neck, and hold them in their mouths? Well, she would pick him up by that skin and pull him away and say, "Relax...Relax kitty." And it would be so funny, just the things the cat did and how he acted when she did that. He pulled back and was all.... it was just hilarious! 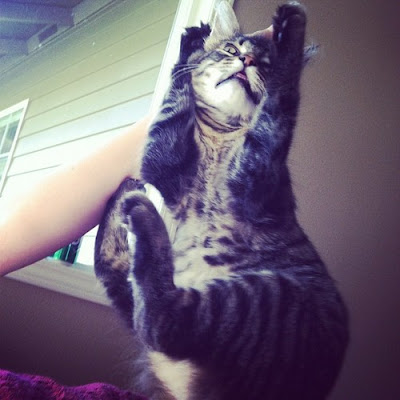 Silly kitty.
We started watching Grown Ups, then somewhat towards the beginning middle of the movie, we paused it and got breakfast. I had Lucky Charms and Kenzie had Cocoa Pebbles, another one of my cereal favorites.
It was a good morning, cereal and Grown Ups. GOOD MORNING!
Yes... I document everything... you know that already. 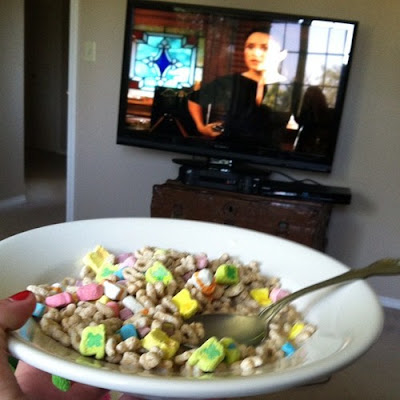 After breakfast, the baby kitten (Sorry Kenzie, I didn't catch his little name. I just heard you keep calling him Baby Kitten, so that's his name for me. haha) was licking Kenzie's cocoa pebbles cereal bowl and I caught his picture. It was cute, especially how I made it black and white. 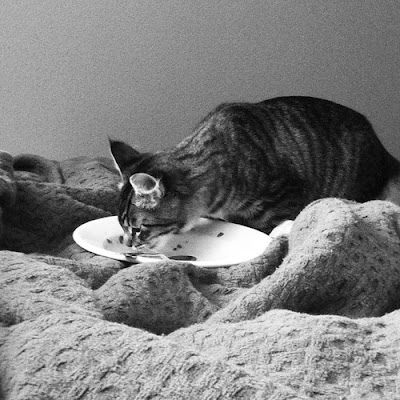 After the movie, we got ready to go to their friend's birthday party. It was a sunny day and perfect for an outdoor birthday party! It was gorgeous outside. Kenzie and I planned a bon fire for next weekend, so that's pretty exciting. Kind of like a farewell to summer. It will be fun! :)
It was a really good sleepover and I had lots of fun!
Kenzie is my best friend, and I am so happy to have her as that!
Thank you Kenzie for having me over and helping me deal with the embarrassment of locking my keys in my car. ha. oh Thank You so much!
Hope you enjoyed the post!
Labels: best friends cats Kenzie kittens kitty sleep over sunrise