Our Rainy Day At The Beach

Yesterday, we were all getting ready and preparing ourselves for a sunny but cold day at the beach. It's our summer tradition to go to the beach, make a camp fire and make dinner on the fire. Stay there really late, and watch the tide come in and put out our fire. Well, not more than a half an hour upon arrival to the beach, it starts to rain. Great! The beach was rainy, windy stormy. Not the weather we were expecting at all. It was disappointing for sure. We made the best of it though! I did get a couple pictures of the beach and myself. I had beach plans... we all had beach plans. It was really disappointing.

Rain on the window... 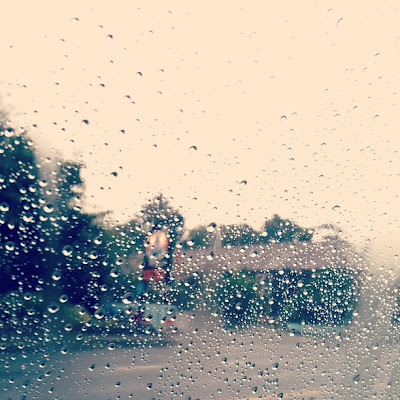 The windy stormy beach...
It was miserable. 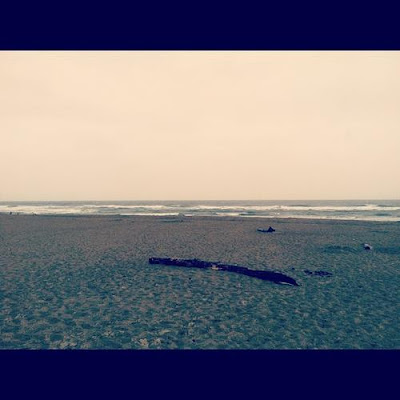 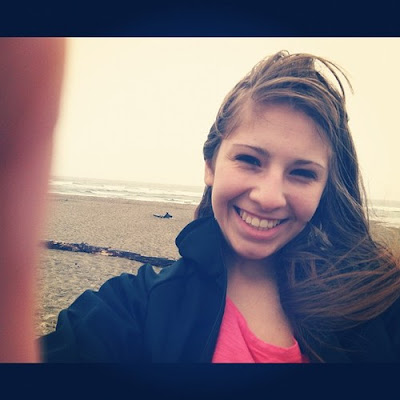 We figured out some stuff to do, but before we went and did that stuff, we had a little lunch... in the car. My dad made a really yummy macaroni salad, so we parked in a parking lot and ate some of that. My dad makes the best macaroni salad. We knew the places we were going had a lot of samples and we were going to have ice cream as well. Plus, going home and grilling the stuff that we were going to grill on the beach.
We ate, and then we went to Tillamook and did our stuff!
We went to the Blue Heron French Cheese Factory first. I love that place. They have a lot of jelly and herb dip samples. They have gag candy and jokes. Funny gifts and wine. They have a lot of stuff and it's a great little shop. 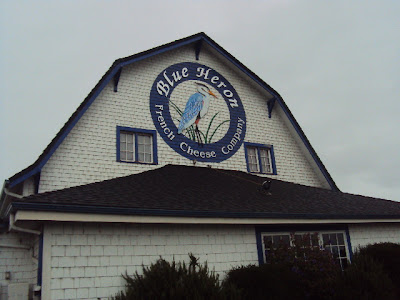 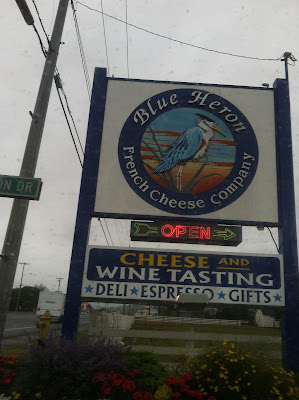 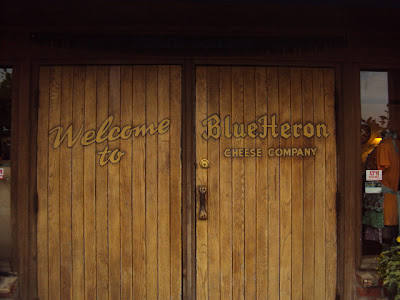 I love this place! They have so many little yummy samples. And you can sample brie! The french cheese... fromage. Fromage is cheese in French... for all of you who didn't know that. 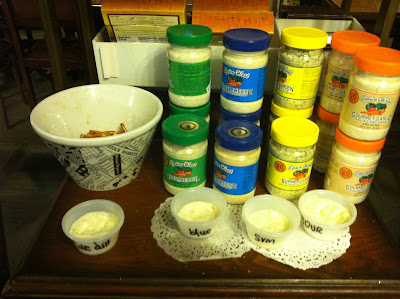 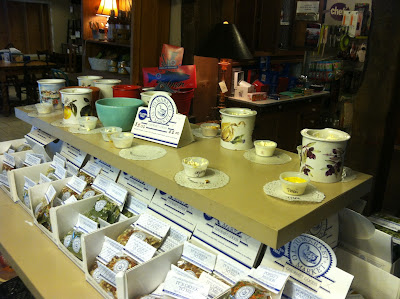 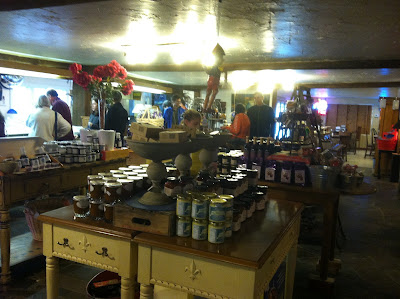 They have a bunch of knick knacks and awesome stuff! I purchased some herb brie. I am so excited to eat it! Today, we are going to get a baguette and I am going to munch! ha. I love Brie! Big big fan of it! 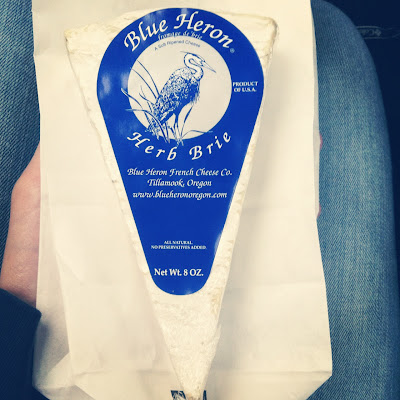 At the Blue Heron, they have this petting zoo to the side of the shop.  I found an ostrich there... I thought that was kind of nifty. I took some pictures of the ostrich. It's just this random ostrich in the petting zoo. 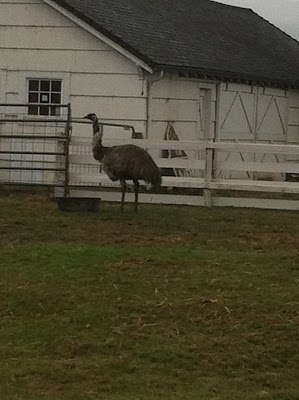 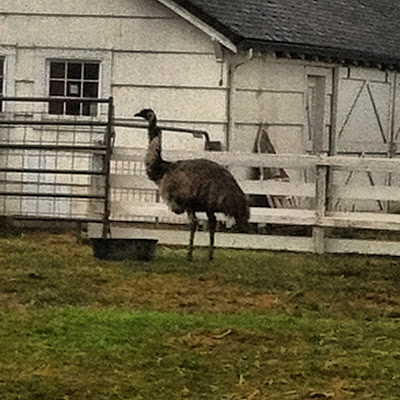 After the Blue Heron, we drove down the street to the Tillamook Cheese Factory. I loove that place! I have memories of it being much bigger, and a lot more fun from when I was little, but I get bigger, the place stays the same. The place changes, everything changes. 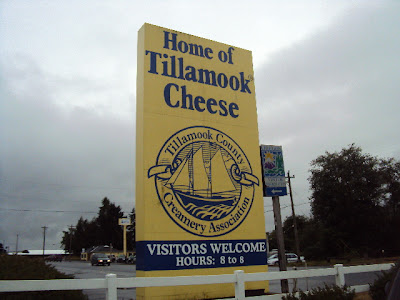 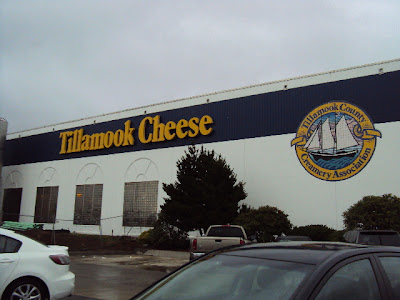 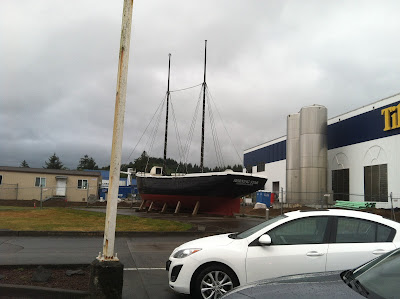 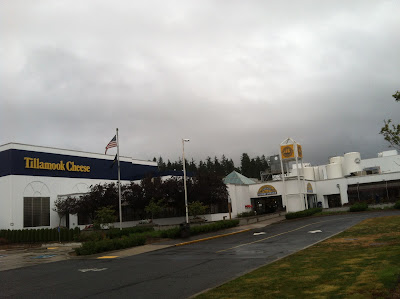 Right before you go upstairs to the viewing area, there are these cardboard or wooden picture people. A farmer and a cow. Their faces are cut out so you can stick your face in. It's pretty funny. Last time we went to the Tillamook Cheese factory, I was a the farmer, this time I am a cow. 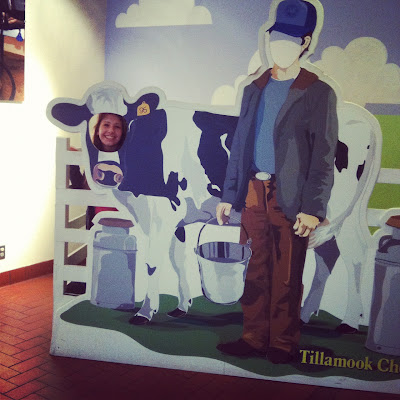 We went up the viewing area, and one of the rooms was completely shut down. They were cleaning it or something because it was all steamed up and water was on the floor and soap suds were floating. The sign said that the workers and the viewers would only see one shift that day. It was little disappointing. I mean, we had other disappointments that day. Just nothing was going our way huh? We looked at the other room, and there were workers. They were packaging big bricks of white cheese. I made a collage of the viewing rooms. 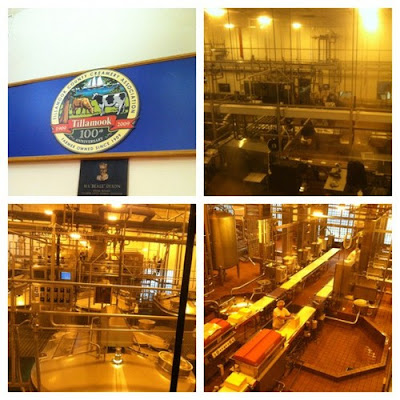 After we viewed, we went back down stairs. Right at the foot of the stairs basically is the sampling area. This is where you can sample the cheese, and taste it. As we were going through, these two guys behind us asked the person behind the sampling table a weird question... not weird, just like a 'duh' question. The guy asked, "So, can you get this cheese in any store, or are you just keeping it private to the factory?" .... Dude... seriously? It's the Fred Meyer down the street. It's the Fred Meyer by my house. It's at WinCo, it's everywhere. It's even at the Whole Foods in Henderson Nevada! Brittney and I kind of giggled over the question. And also... if you read the signs up in the viewing areas, and watch the informational videos, you will find out that is shipped and trucked to local states and local cities. Tillamook products get around. 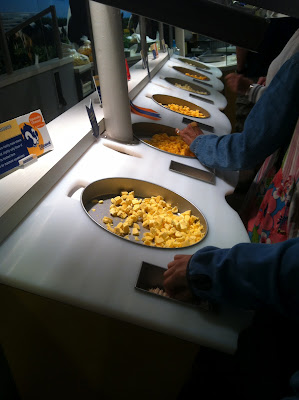 One of the cheeses they had was a Smoked Medium Cheddar. It tasted like ham and cheese. It was delicious! Did you know that Tillamook's Medium Cheddar cheese was voted the best in the world? Yeah! I didn't get a chance to get a picture of the ribbon, but you can kind of see it in the picture above.
After the sampling, we went to go get our ice cream. I got the Sweet Centennial flavor. It's a really yummy flavor, with brownie batter in it and chunks of Reeses Peanut butter cups in it. SO YUMMY! 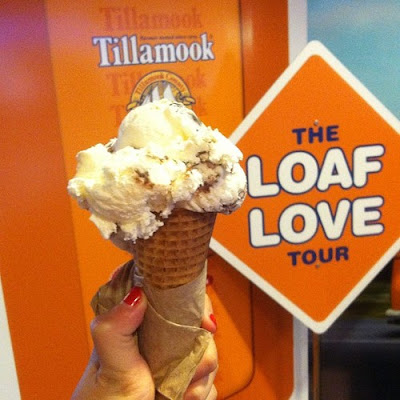 After we ate our ice cream, we were getting ready to go. By the entrance/exit, there is the VW bus and it is called Baby Loaf bug bus. It's the Tillamook Cheese bus, and since I am driving now, I thought it would be great if I got picture of myself in the bug bus. 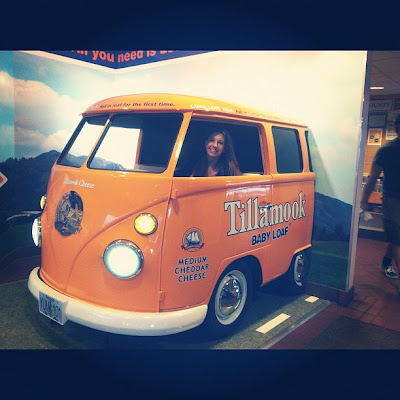 We left Tillamook Cheese Factory and started our drive home. Normally, we wouldn't be starting our drive home from the beach at least until 11:00 or 12:00 at night. But we drove home in the day light. It was different... but still fun. On the way home, in this one area, the clouds looked amazing! I quickly snapped a picture in an area where there were no trees or hills blocking the clouds. The clouds were so fantastic, brightening up the whole sky! 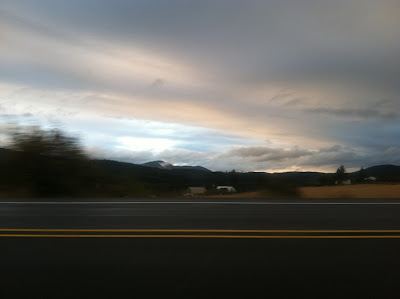 Yesterday was a fun, different day. We are going back to the beach soon, hopefully before school begins... which is in a week! AHHH!!!! Not ready yet... but hopefully we can find some time to complete our beach tradition in good weather!
Until next time I guess. ha.
Labels: beach Blue Heron brie cloud pics clouds Oregon Oregon Coast ostrich Tillamook Tillamook Cheese Factory