First of all, with this recipe, there were some complications. They were on my part though. There was only one complication, but it kind of changed the texture of the dough. oops. The recipe is from Krissy's Creations blog, and her recipe is the correct way. I will put the correct one down too, but don't make them how I made mine. I don't normally get the recipes wrong. I was also reading it from my phone, so that could have helped with the complication... I think it did. ha. But they turned out good! They just turned out a little thicker and stiffer than if I actually did the recipe correctly. My full intentions were to make the doughnuts correctly, I just messed up on them. I probably ate like 5 of them. They were so good! 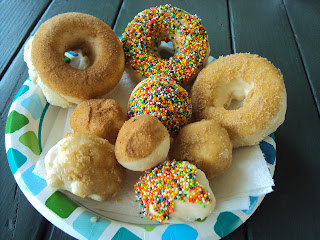 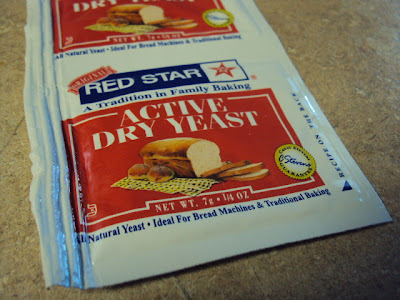 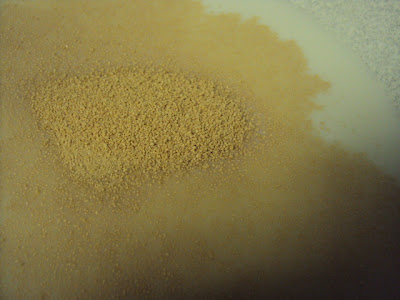 During those 5 minutes that you are letting the yeast sit, in a large to medium mixing bowl, mix together the remaining 1/2 cup of milk with the butter and sugar. Mix it together. 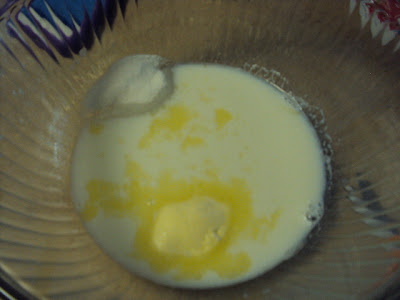 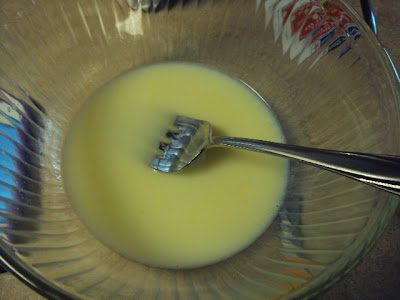 Now, at this point, you are to mix in the milk/yeast mixture with the butter mixture. I didn't see that part till I made the dough already. So, to make the recipe correctly, mix in the yeast with the butter mixture and mix together. Then continue with the recipe...
What I did was I then mixed in the egg, flour, nutmeg and salt. Then mixed it together and made the dough before I put the yeast in... oops. 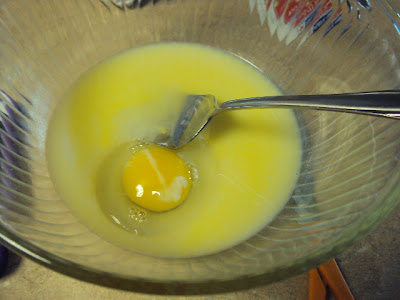 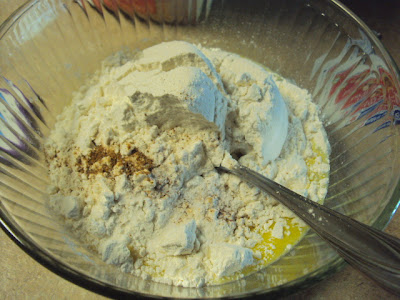 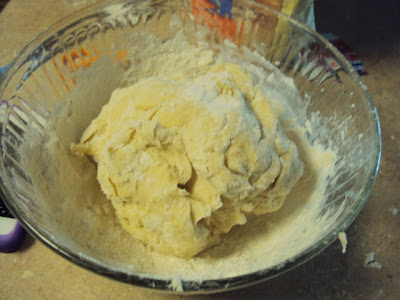 After the dough was already formed... then I realized that you had to add in the yeast before this step. I was totally stressed out then. I made it work and it was fine.
It turned out fine. I didn't get a chance to take pictures of the chaos, but I took pictures after.
Now, on a surface, lightly flour it and plop the dough onto the floured surface. 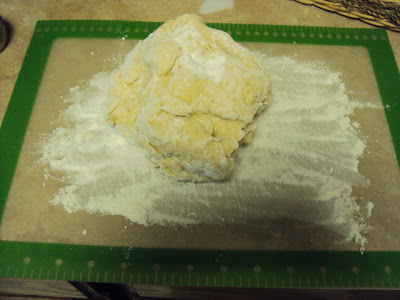 Knead it with your hands for 5 minutes. Once you are done kneading it, grease a medium to large bowl. I used coconut oil. After you grease it, place the dough in the bowl and let it rise for an hour. I would put in a warm place, like above the fridge is fine or something. Just let it rise for an hour.
After the hour is up, take the dough out, and put it on floured surface again. Roll it out until it 1/2 inch  thick. Roll it out with a rolling pin. 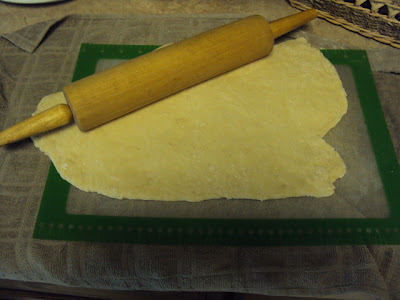 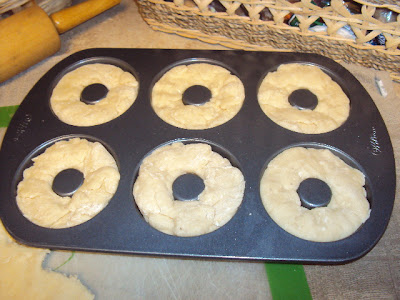 and then I just rolled out the extra dough into little balls for doughnut holes.
Cover them up with a clean towel for 45 minutes and they will rise just a bit more. After the 45 minutes, they sure puffed up! 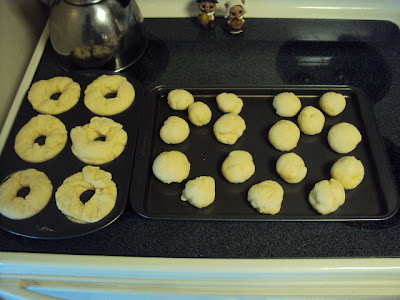 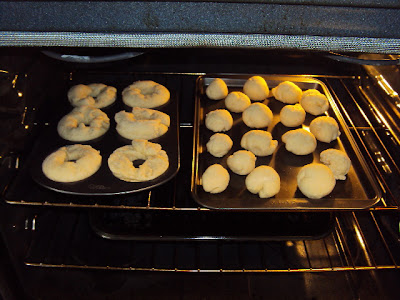 When they are done, I would take them off the pans so they don't bake anymore. I just stacked them on a plate. They smelled so good! 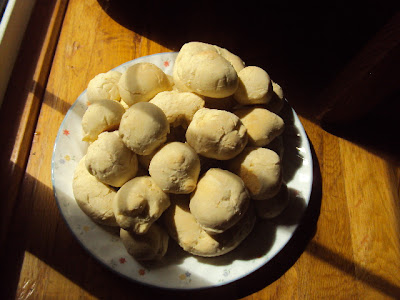 While they cool, make the glaze. Pour 1/4 cup of milk into a bowl. Like a cereal bowl or a Tupperware bowl. It just has to be big enough to dip the doughnuts in.
After you pour the milk (it does not have to be warm), add in the vanilla and powdered sugar. Mix together and it makes this awesome glaze! 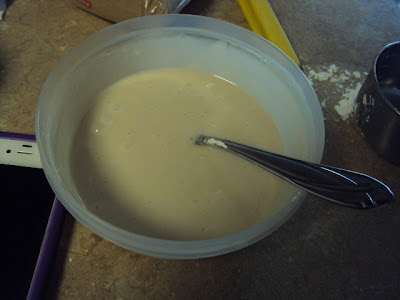 I set up a little station, like assembly line sort of. I had brown sugar in one plate, sprinkles in another, and the cinnamon and sugar in another. I did cover some of my doughnuts in brown sugar and they were my favorite! 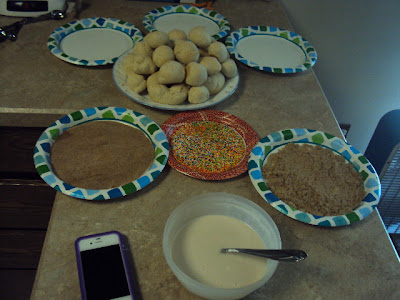 So then, you just dip the tops of the doughnuts into the glaze...
I would keep a paper towel right next to the glaze bowl so you can wipe off the excess glaze. It will drip everywhere if you don't wipe it off. 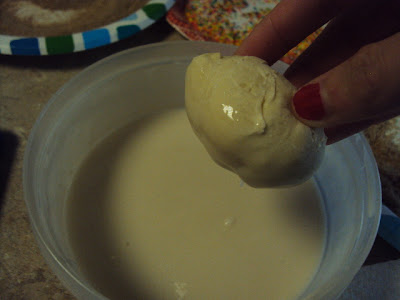 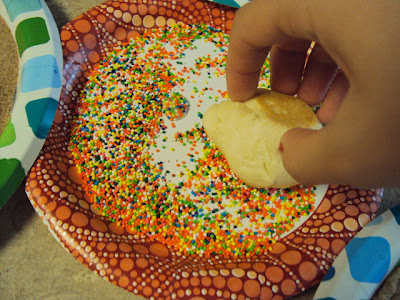 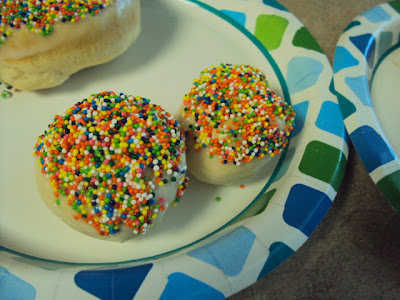 They turned out really good! I let the glaze dry for a little bit, and then I took them outside and took pictures of them. I like taking pictures outside because the light is better.
I took a lot of results pictures. You know me and food. 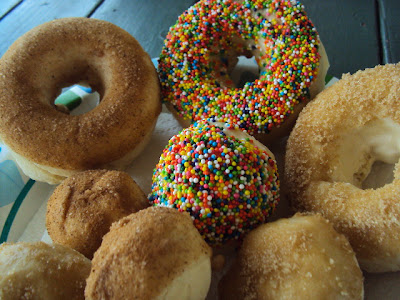 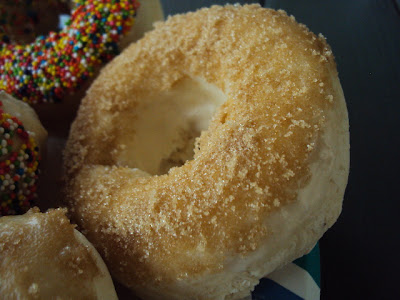 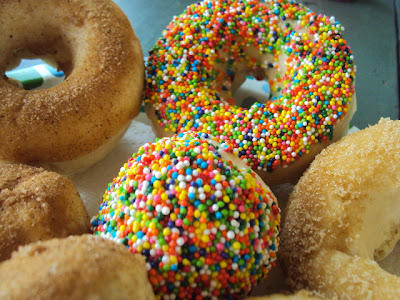 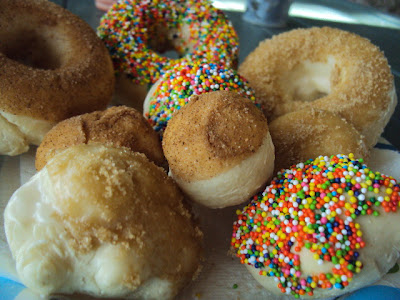 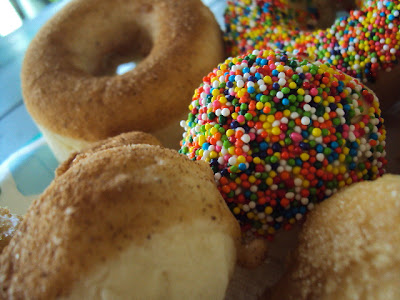 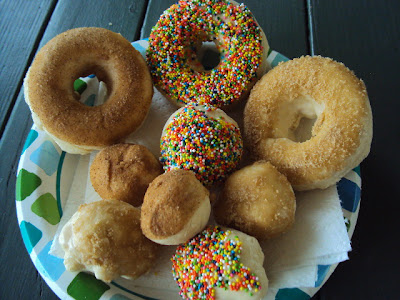 Even though I messed up on the recipe a little bit, they still turned out very yummy. My dad loved them! He loves everything I bake and make, so I am not too worried. I love making doughnuts! Cupcakes are still my favorite, but I haven't made cupcakes at all this summer, except from the box or something. ha. I think I will sometime before school starts. I only have a week! AHHHH!!!
Ha. Summer was way too short.
Anyway, hope you enjoyed my post, and please don't make the same mistake I did. :)
Although if you do, it's not a big deal, your doughnuts still turn out awesome.
:)
Labels: baked doughnuts Baking brown sugar corrections doughnuts recipes sprinkles yeast yum