After the Forestry Center, we drove to Downtown Portland and went to Powell's Book store. I had to go to Powell's to get a book for Honors English. The Sky Fisherman by Craig Lesley. I also wanted to get a couple more books, like Great Expectations by Charles Dickens, or The Soldier's Wife by Margaret Leroy, or The Guernsey Literary and Potato Peel Pie Society by Mary Ann Shaffer and Annie Barrows. I had the books in mind, and I was ready to hunt! 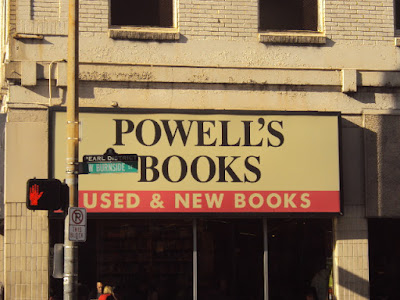 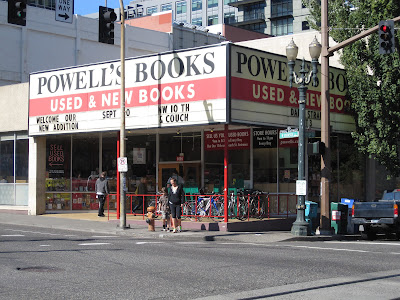 These next pictures are my own :) I rarely use other people's pictures.  But I always give them credit if they aren't my own.
Powell's Book store is HUGE! It's like 5 levels or something with so many rooms! FULL OF BOOKS! Or knick knacks, or journals. Mostly books. And all kinds of books! This is only a part of it. 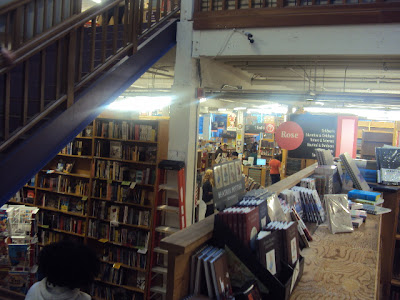 We looked around for a little while and then went and found the books I wanted to look at it in the Literature section. I had to get The Sky Fisherman, so that was a must needed book. But, it was funny how the two books I really wanted were in the same aisle, ON THE SAME SHELF!!!
I just moved The Soldier's Wife closer to The Sky Fisherman
So excited to read them! They have been said to be really good. 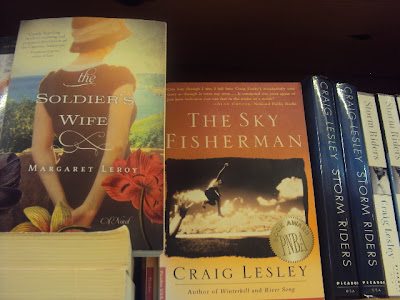 After Powell's Books, we got back into the car and drove just a short ways to VooDoo Doughnuts! I have a doughnut from VooDoo doughnuts, but I've just never been to the place. It was quite an experience. 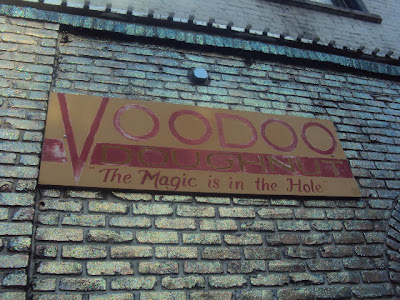 Right across the street from VooDoo, there is a sign painted on bricks, you can read what it says in the picture. It explains Portland. It's perfect!
My dad thought I was weird for taking pictures of the sign. 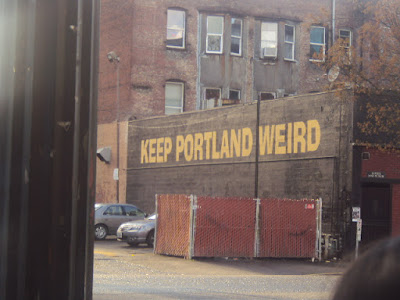 I was so excited. VooDoo doughnuts are legendary! There was a line, and my mom said, "Of course." Apparently there is always a line outside of the shop. While we were waiting, I noticed that glitter covered the bricks of the building. 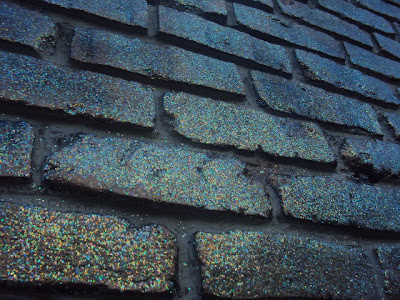 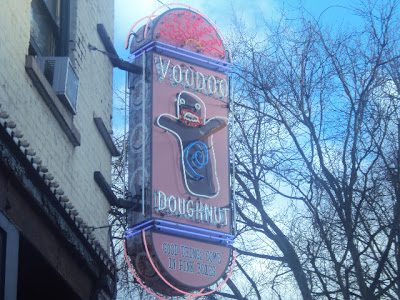 It was very interesting. Once we got inside, which didn't take long... I had to take a picture of the big menu! 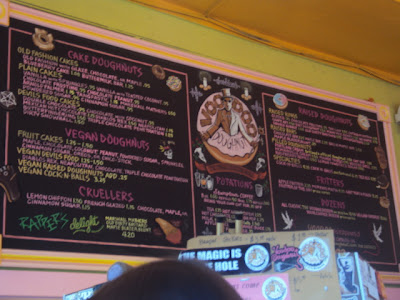 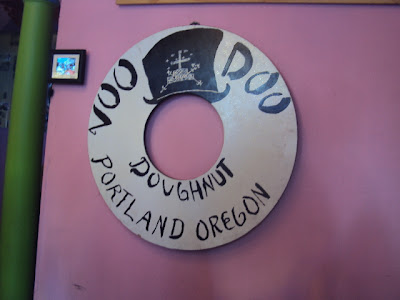 You had to pick out your doughnut quickly, because it's so busy! I picked a bacon maple bar! I love maple bars and bacon and it's just a simple ingenious idea! To put bacon on a maple bar!
Brittney got a M&M covered doughnut and my dad got a plain chocolate bar. My mom didn't get anything. Poor mommy. But they were pretty good! After we left VooDoo doughnuts, there was this guy who went up to my dad and said he needed money and hadn't anything to eat in days. Well, he looked fine to me and my dad and us just walked by. It was a little rude... but you don't know what the guy would use the money for! Drugs, alcohol! A bunch of weirdos out there. If he was really hungry, we are very sorry and we hate doing that, but we don't know if our money is going to be put towards food, or something good. You never know. Kind of scary though.... people asking you for money. Especially scary when you're with your friends, and it's just 4 teenage girls, and a guy asks you for money.... It's really scary. But all I say is 'I don't have any spare change.' because It's not spare if I'm going to use it for shopping! 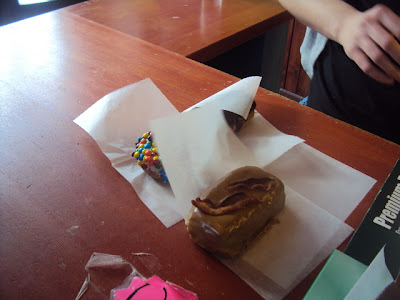 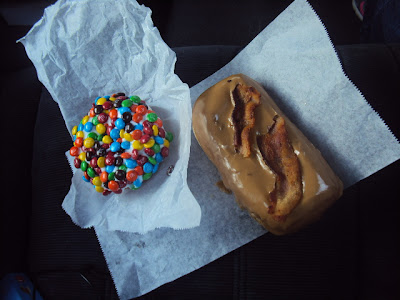 I had a great day yesterday! It was a bunch of fun! I loved it! 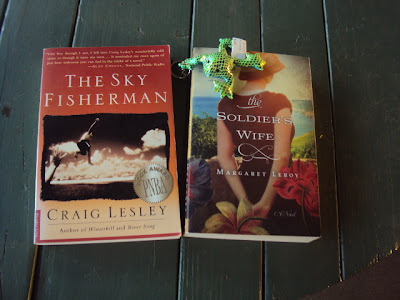