The reason for the strike is very simple. The teachers want a fair contract.
As I am writing this though, apparently they have reached an agreement. The teachers wanted a better salary but they also wanted a safe class room as well as fair hours. The district was 'breaching' the contract. Adding things and pulling things out of the 30 year old contract that the teachers are used to abiding by.
It's ridiculous! My teachers were packing up their class rooms, in fear that the substitutes would steal their personal belongings. They were going to bus subs in from Utah and Montana and other places to help teach us.... teach us what? The teachers weren't allowed to leave lesson plans.
As of now, the teachers are allowed back in the class rooms to put things back together.
Here are some pictures I took of the protests earlier.
This is at Gresham High School: 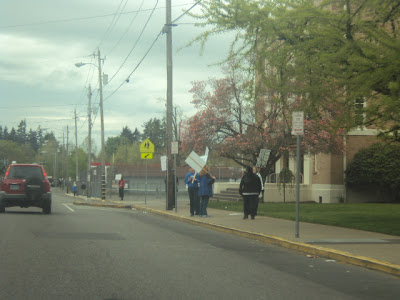 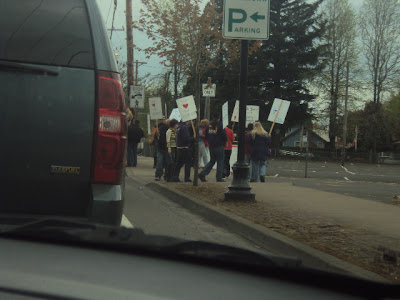 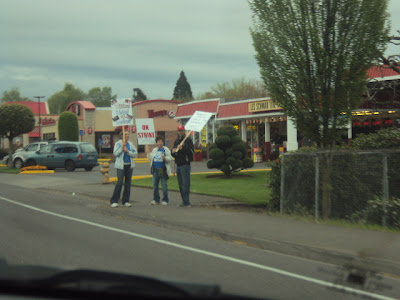 This is at BARLOW High School... I only got one picture. Barlow is MY high school. There were more picketers down the street. 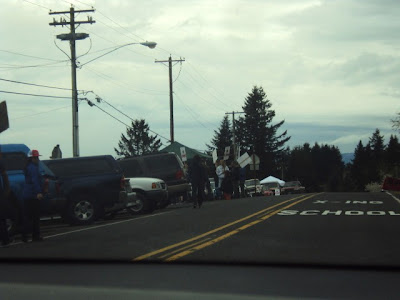 This is at Gordon Russell Middle School, down the street from Barlow... Sorry for the blurry picture... I didn't want to get up in their faces about it, although I'm sure they wouldn't mind me posting about the strike on my blog, but still, I don't have their permission to put their faces on my blog, so I kept my distance. And I was in a moving car... 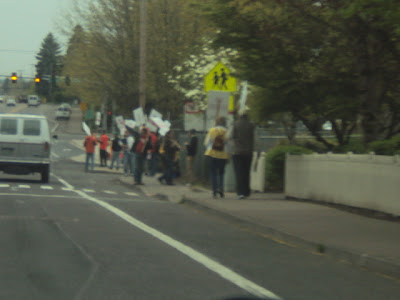 This one is at Powell Valley Elementary school, also down the street from Barlow... 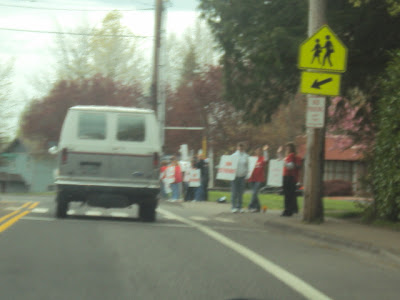 So... the Gresham-Barlow school district has come to an agreement with the teacher's union, and as of now, there is school tomorrow. I don't know why they don't just close school for tomorrow as well, because we have Friday off for grading day and 'budget reduction day'...
It was exciting while it lasted, but I'm very glad they have come to an agreement!
YES FOR FAIR CONTRACT!
Safety in the class room :)
You can read more about the strike here:
http://www.kptv.com/story/17668831/teacher-strike-deadline-looming-in-gresham-barlow-district
Watch the video! I saw Barlow on there!!!!!!
Labels: Barlow Gresham-Barlow school district Picket line protest Strike