This past week was so busy! First, it was my first week back to school from Christmas break! Second, I had a theatre competition today and I was getting ready for that. Third, getting back into the swing of waking up early and doing homework till late and it was an exhausting, short week.

On Monday, we made a trip to New Seasons Market, and I LOVE that store. Organic food just feels so much nicer on the tongue and in the stomach. But it is very expensive, that's why you find the good deals! New Seasons is a fun store to go to, even though it is mostly just food, but grocery shopping is probably my favorite out of all of them. Clothes shopping is fun when you know what you want and you're going into the store to get it, but roaming around a clothing store with nothing in mind is kind of pointless. But with a grocery store, you can get ideas in your head for a new recipe, pick some up some items you need and sample a few things! Can you do that at a clothing store?
The produce section at New Season's carried itty bitty oranges. Not kumquats, not Cutie clementines, these were TINY! In the picture, it looks like a Cutie clementine, but it's in fact, actually smaller than a Cutie clementine. 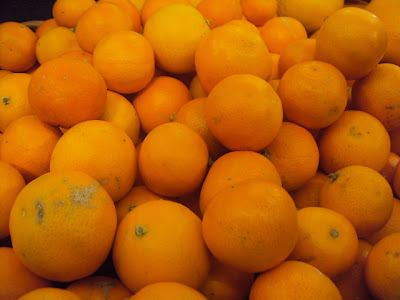 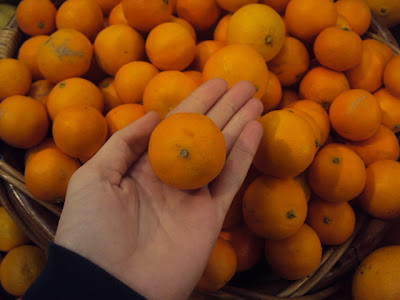 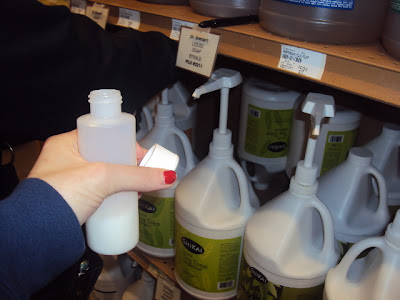 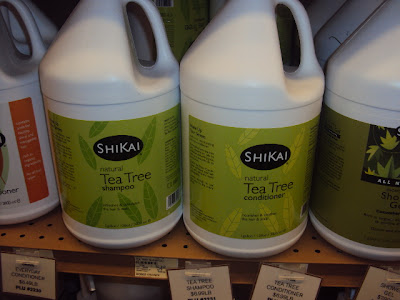 ...Later in the week, at school, during a lunch. I believe it was Thursday that at lunch, towards the end, we got a little bored, so we made art out of trash. I wouldn't say we all made art, and the art wasn't made intentionally, it just sort of happened... my friend Maegan had a juice box in her lunch, and she had some candy wrappers and a plastic fork from her salad. She wanted to put her fork somewhere, so she just stabbed it into the juice box and stuck the wrappers on it.  We got on the conversation how some art freak would probably pay Maegan $5,000 for that 'art' (trash) 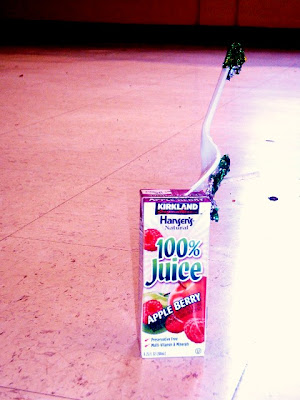 Isn't it...'absolutely brilliant!'? haha. As an artist would say. :) Actually, if it was built with 50 more juice boxes, and the fork was made of wire and the wrappers with tin foil or melted tin over the wire fork, yes... someone might pay $5,000 for it. That would be cool!
Also by Maegan and I... a few years ago, I asked Maegan to draw me a picture of a zebra for me to color. When I was in 8th grade, I was a little obsessed with rainbow zebras. I thought they were so cool and so pretty. I had it as my screen savor on my phone. Of course, this was about the time I got my first phone, so an animal or a pretty scenic picture was on my screen, almost always. I finally got around to coloring it on Thursday during my Independent Study (I.S.) with my colored pencils I bring everywhere! It turned out really cool! 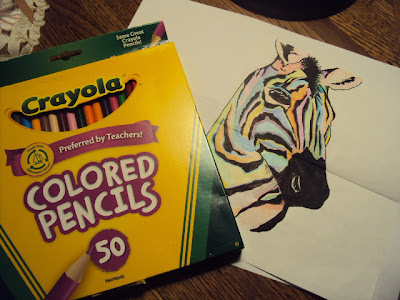 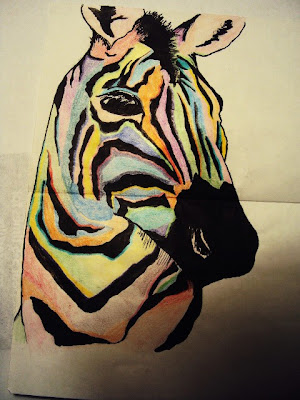 I was really excited about it. The colors I chose were really cool and it's how I wanted it to look in the first place! So, thank you Maegan for drawing me this awesome zebra! It's pretty cool!
Another nifty thing that happened this week was my mom got this new cereal. It's by Quaker and it's a new cereal of their's, it's called Whole Hearts. What's cool about it is it's shaped like a heart! Kind of cute. 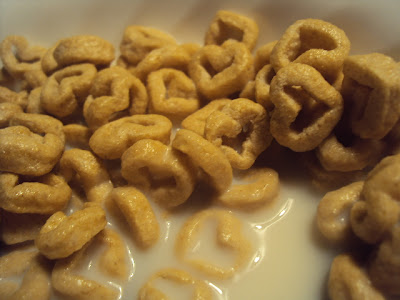 Had a very busy week! I'm glad we are going to be starting a new week day after tomorrow! Ready to get moving on, and get ready for finals! They are coming up soon! *nail biting*
:)
Labels: art cereal New Seasons organic shampoo and conditioner