I had a real urge to bake yesterday. I went on Pinterest and found the perfect recipe, because the ingredients consisted of everything I had in the house already. When I made them, they went by so fast! I guess they were pretty popular. Next time I make them though, I am going to put cream cheese in the middle of them. I make so many things with cream cheese in the middle, it's crazy! But cream cheese is very good and somewhat nutritional. I got this recipe from Our Chocolate Shavings. It's a cute blog that I have viewed before, with amazing dessert recipes. I got this awesome recipe from them, but my doughnuts turned out a little different them their's. Such as, they don't look the same, but I think my doughnuts turned out just fine. The reason they don't look the same is because I didn't coat the doughnuts after they were done baking, I forgot that there was another part to the recipe but they tasted just fine. When I make them again, I will coat them and put cream cheese in them. 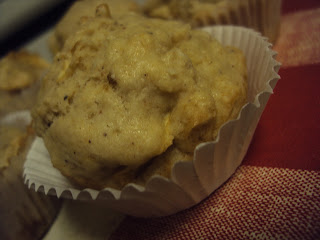 Directions
Preheat the oven to 350F. Whisk the flour, baking powder, sugars, salt and the nutmeg in a bowl. 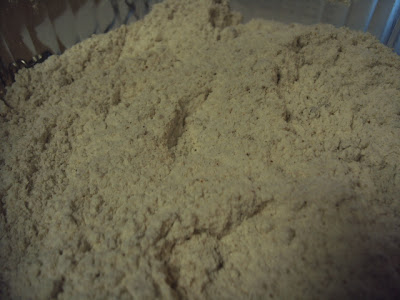 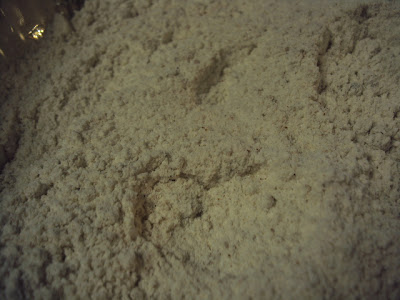 Add the cold chopped butter. I sliced mine in little checker-board style. It was easy for rubbing together with the flour. I would mix the butter and the flour mixture with my hands (and I did), it's just so much easier to make the flour mixture into coarse crumbs this way. 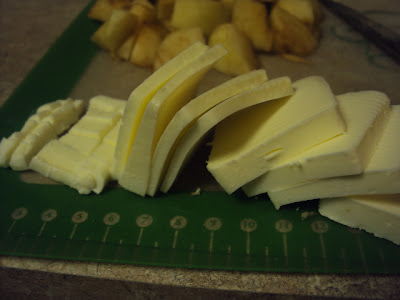 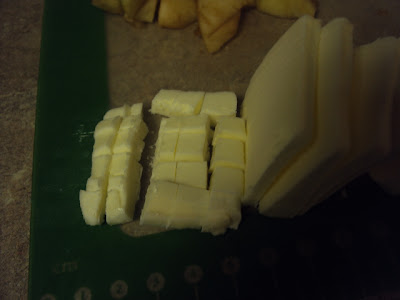 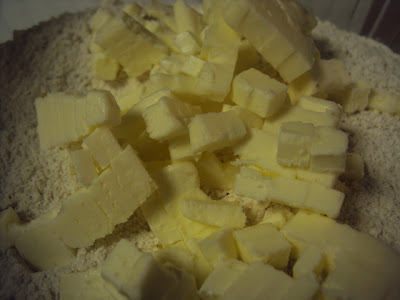 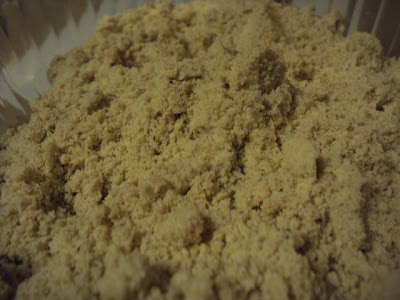 Next, chop up your apples and have them ready for when you need them.
Remember to peel them. 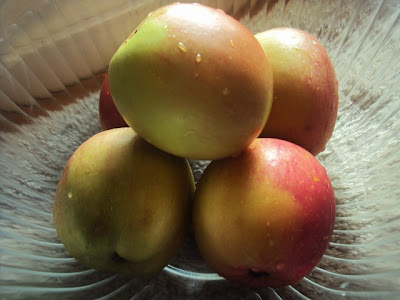 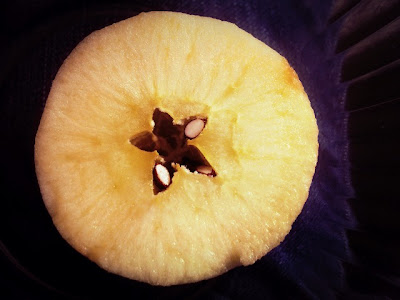 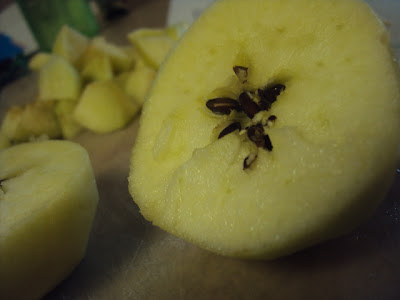 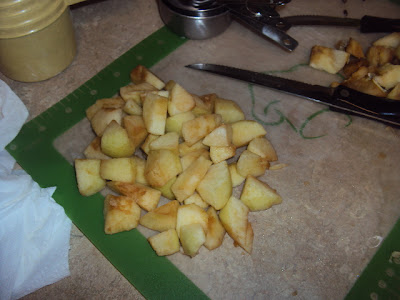 Now, Mix the egg and milk together. Beat the egg and the milk. I poured a little bit of organic apple cider in this mixture, just to add to the apple. 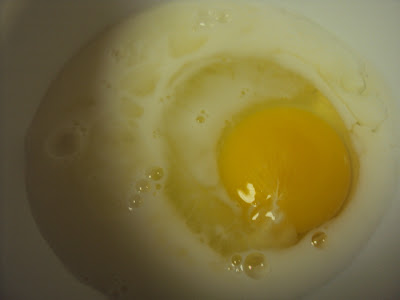 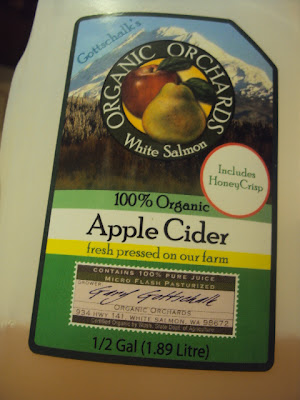 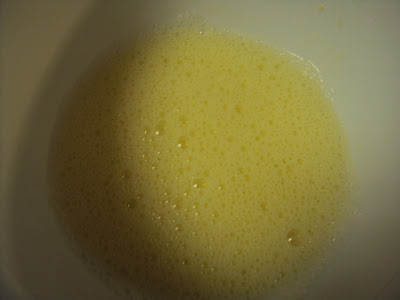 Fold in the chopped up apples, and pour the apple/egg mixture into the flour mixture. Stir with a spatula and don't over stir. 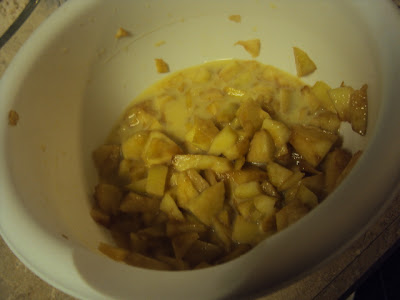 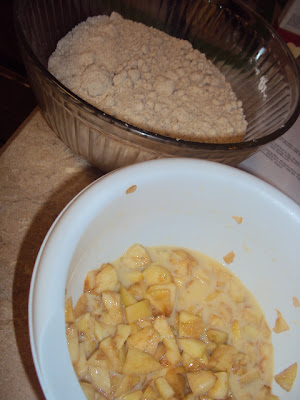 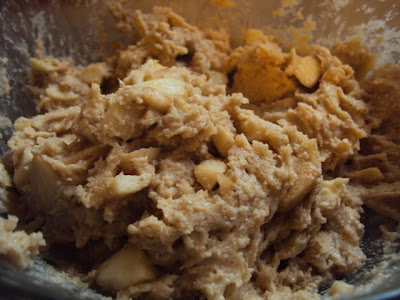 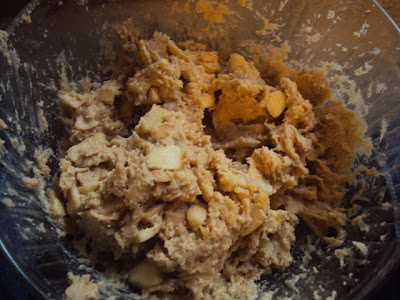 In an oiled/buttered mini cupcake pan, spoon some batter into the cupcake pan. Don't over fill them.
(Using my new pan I got for Christmas:) so excited. It's a very nice pan!) 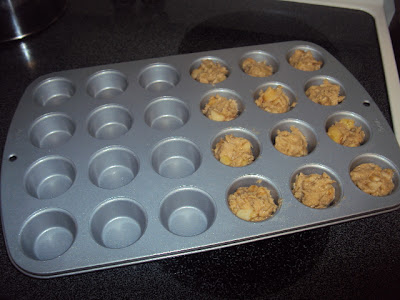 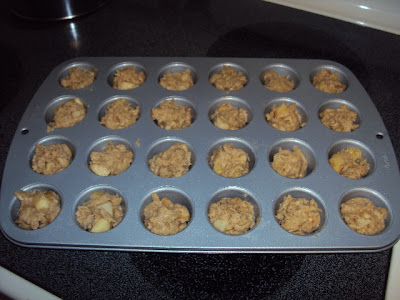 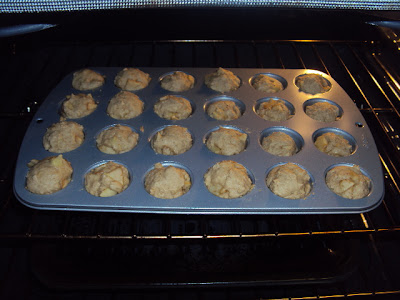 And when removed from the oven, let them cool and enjoy! 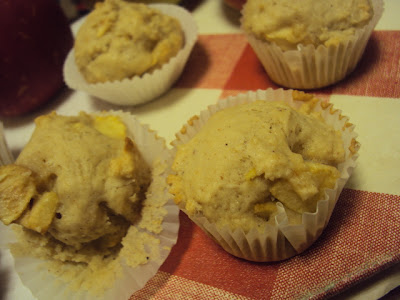 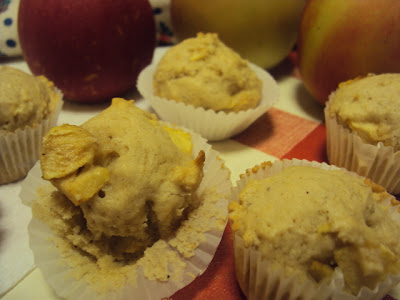 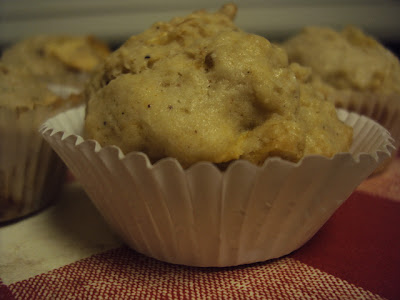 Hope you enjoy!
YUM!!!
Like I said above, they went by super fast, so even without the coating, they were terrific!
http://ourchocolateshavings.blogspot.com/
Labels: apples baked doughnuts doughnuts yum